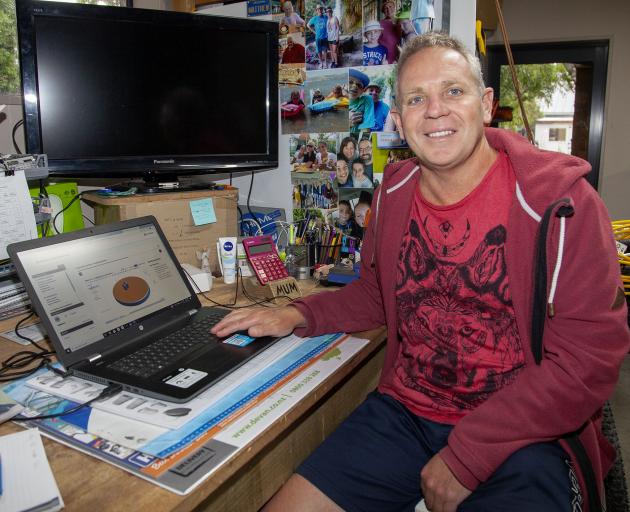 He should have died in Melbourne two years ago from a cardiac arrest that left him without oxygen for 20 minutes as emergency workers scrambled to bring him back to life.

“Normally they stop after six minutes but for some reason they kept working on me – I’m not sure why,” Bone said in a disarmingly calm way.

“I was pretty fit. I used to run ultramarathons so I guess they realised I was pretty fit and there were a lot of ambulance and fire crew there and once they’ve made the effort to turn up, they want you to survive.” 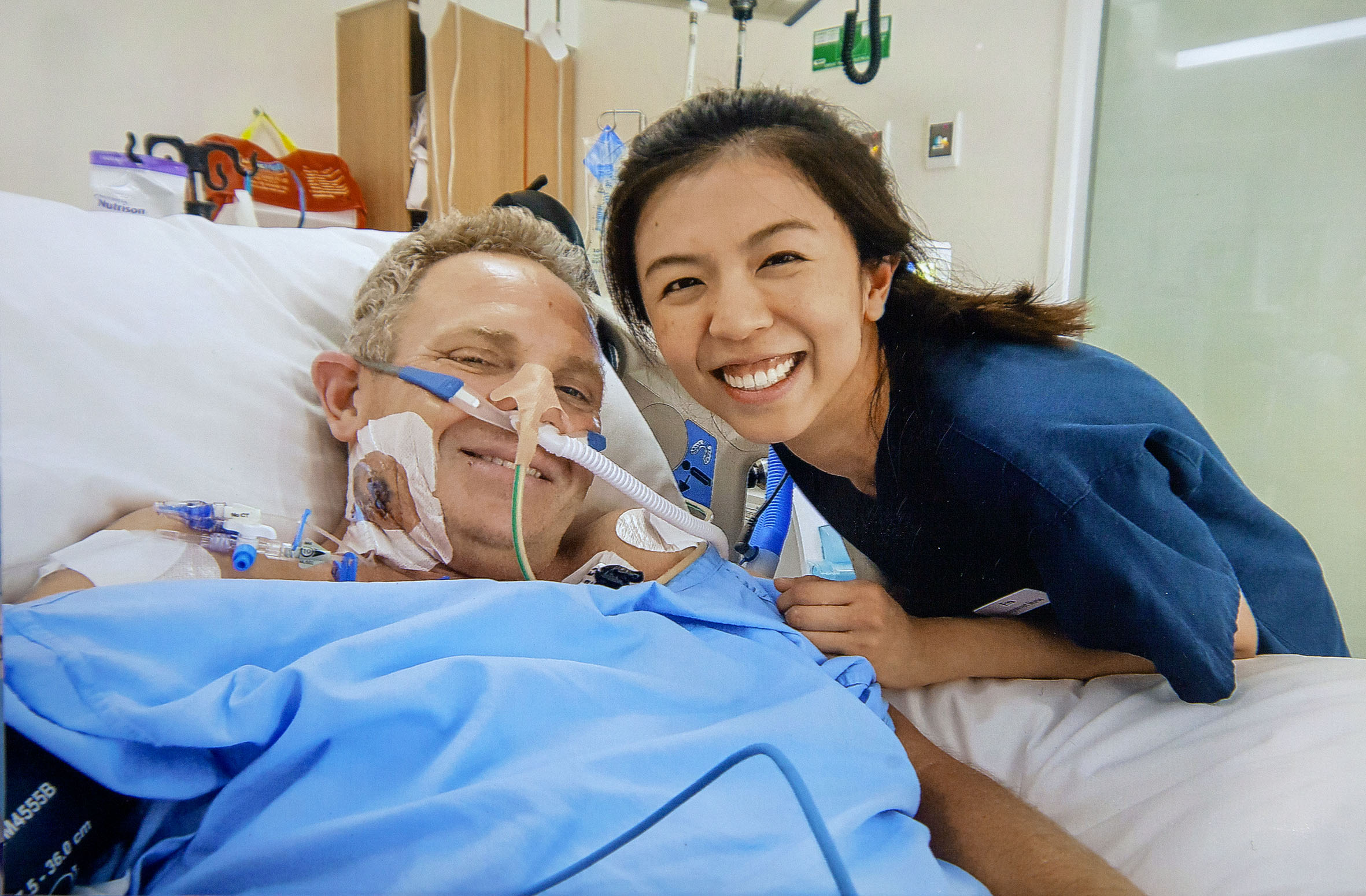 Mark Bone with a theatre nurse in Melbourne. Photo: Supplied
He did, but it has been a slow return to normality for the 52-year-old wastewater engineer who spent a week in a coma before eventually returning home to Christchurch.

He doesn’t run these days, unsure if his heart will cope with the pressure and confident his wife, Jane, doesn’t want him disappearing into the bush for a five hour run. But he does swim and will return to the Banana Boat New Zealand Ocean Swim Series on February 20 when he again tackles the Generation Homes La Grande Swim, a 5km cross harbour swim from Wainui to Akaroa.

“I want to do it in under two hours,” Bone said. “Last year the bay was like a washing machine and it was a really tough swim and I finished in over two hours. This time I want to be well under.” 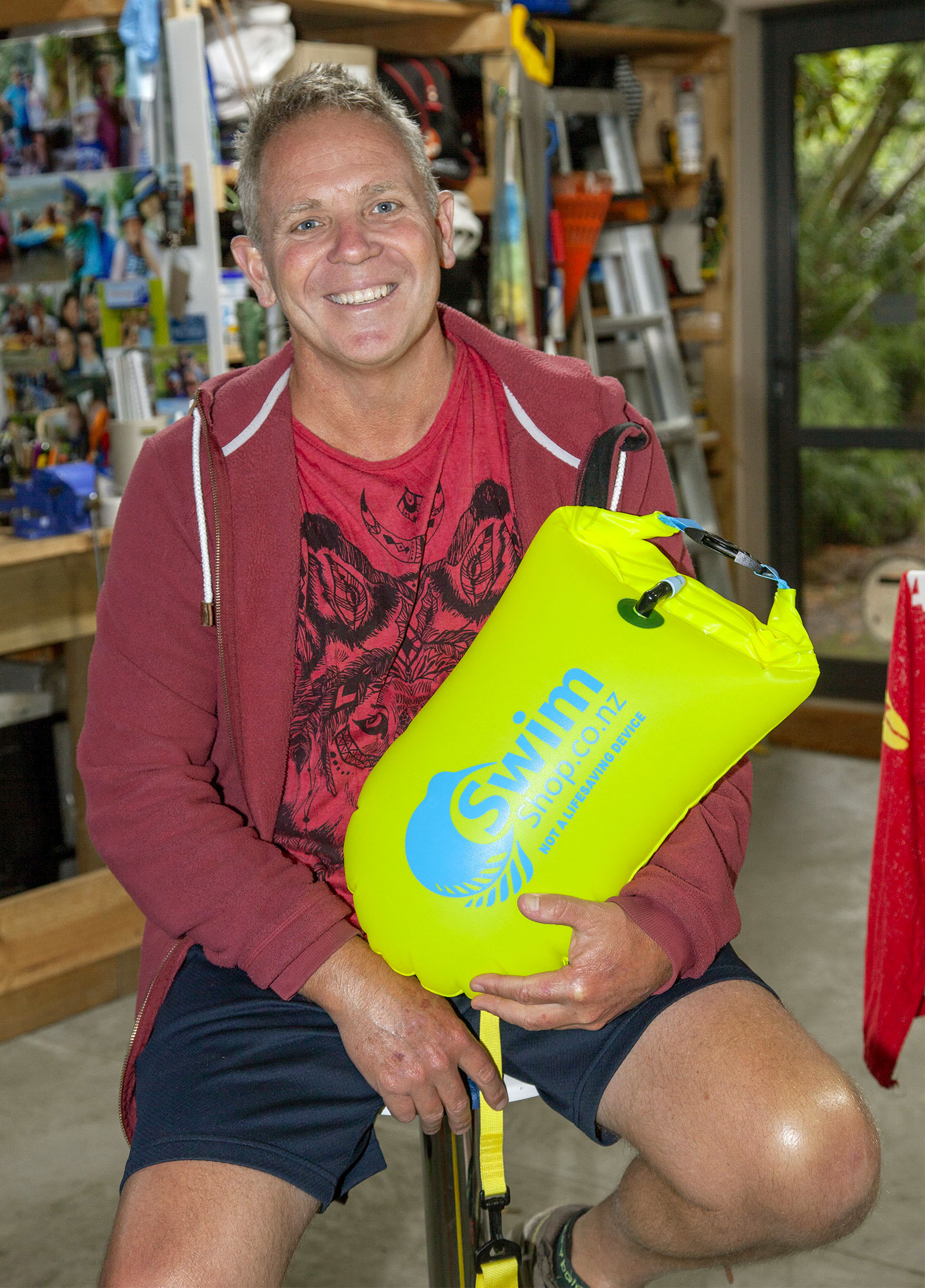 Mark Bone with an inflatable tow float used by competitors in the swim. Photo: Geoff Sloan
“Watching how people overcome adversity in their lives and how our series plays a small role in that is humbling and inspiring,” Rice said.

Bone knows he is lucky to be alive, let alone up to swimming 5km, and admits it is only now that he realises how big an impact his cardiac arrest has had on his life.

“I did suffer a significant brain injury from the amount of time I was without oxygen. I’d thought I was 100 per cent (soon after he was allowed to return home) but now I know I was nowhere near it,” he said.

He knows now he had trouble processing information, that his memory was poor and that “I didn’t know what I was doing to be honest”.

His employer, Hynds, kept him on the books for as long as they could but he was made redundant during the Covid crisis last year and now works for himself designing rural domestic wastewater systems.

“I’d swum 3km in training and thought I would be okay adding the extra 2km on, on the day, but it was a leap of faith really. This time I’m a lot more confident.”