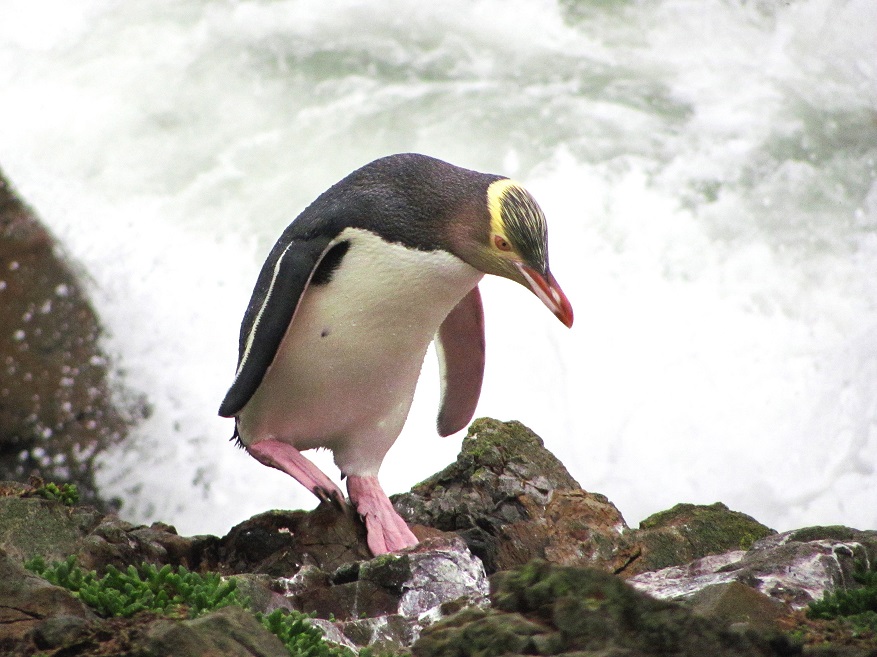 It's the first win for seabirds in the competition's 14 year history.

It was neck and neck with the kākāpō for much of the two week competition - only edging ahead in the final few days.

"It was so close between these two amazing endangered birds, it was impossible to predict a winner for most of the competition," said Forest & Bird spokesperson Megan Hubscher.

The hoiho is the world's rarest penguin, with only 225 pairs remaining on mainland New Zealand in 2018/19.

The bird's victory has prompted University of Otago zoologists to call for focus on the "serious plight of the species".

Professor Phil Seddon and Associate Professor Yolanda van Heezik said they welcomed today’s spotlight on the current dire state of the mainland hoiho population, and now was the time for challenging "unpopular opinions".

“Agencies tasked with hoiho management need to abandon the lost hope that the ongoing population decline is a temporary glitch. This is clearly not some unfortunate and unmanageable consequence of unexpected weather conditions. There are things we can manage, but we need to take action now,” Prof Seddon said

“Our research indicates that the decline in mainland hoiho is not attributable to climate change alone. Management of regional issues including fisheries bycatch, benthic disturbance in areas where hoiho forage at sea, and sedimentation are completely within the government’s power to regulate.”

In the competition, the hoiho benefited from the early creation of a 'penguin coalition' between all four of the penguin campaign teams - hoiho, korora, tawaki and rockhopper - who pledged to back each other under the STV voting system.

The hoiho campaign also had backing from Dunedin rockers The Chills and two Dunedin mayors.

Kākāpō took a lot of heat, being labelled boomers and moss chickens.

Hoiho was teased for being the bird most likely to take a date to McDonald's for a Fillet-O-Fish.

All together there were 43,460 votes made and verified.

The kakaruia, or black robin, was third, the Tūturiwhatu, or banded dotterel was fourth and the Piwakawaka, or fantail rounded out the top five.

Hubscher said, "Bird of the Year has become a national passion, and that's thanks to everyone relentlessly and ruthlessly promoting their favourite bird's weirdest qualities to the globe."

"Our birds are so incredible and unique. All New Zealand birds are winners."