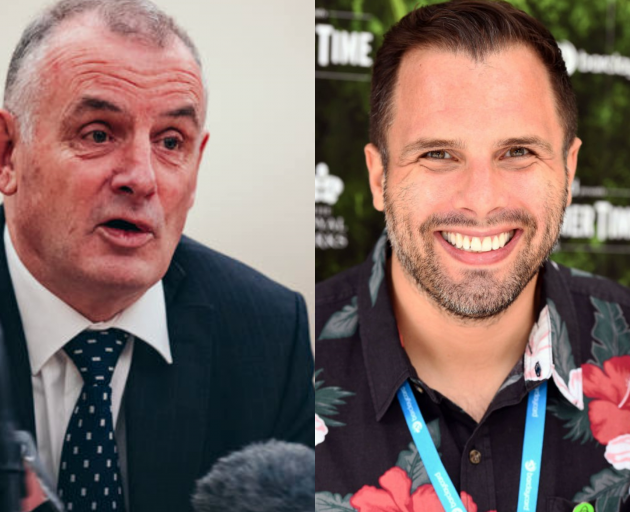 Wootton had used his regular column in Britain's Daily Mail newspaper to take an extended swipe at his country of birth.

In the column headlined "My cowed fellow Kiwis will call me a traitor but Prime Minister Ardern's crazy Covid-zero policy - when the rest of the world is learning to live with it - is cruel, deluded and doomed to failure", Wootton called the latest red-level announcement a "myopic response" and claims New Zealanders are being "brainwashed".

Taking to Twitter, Mallard compared the rate of Covid deaths in the UK to NZ's low rate and offered a barely-veiled criticism of Wootton's journalistic integrity.
"Known family for 45 years. Admired your father's work," Mallard wrote .

"I know you want clicks but I prefer an approach that values lives especially the old, the young and the vulnerable."

He worked briefly in New Zealand media before moving on to a successful career in the UK, working for titles such as the News of the World, The Sun and the Daily Mail.

"Many Kiwis have become so brainwashed by Ardern's incessant spin – swallowed whole by a compliant liberal media – that they reacted with a mere shrug when her Government at the weekend revealed citizens who are household contacts of anyone who tests positive for Covid will have to self-isolate for a whopping 24 days as part of her 'stamp it out' policy approach," Wootton wrote.

"Ardern even cancelled her long-planned wedding to TV star fiancé Clarke Gayford in the ultimate act of virtue signalling aimed at showing New Zealanders she's going through the hell of lockdown too," Wootton went on.

"While most governments have tried to quell public panic over Omicron, given the proven mild nature of the variant, Ardern's regime has done the opposite.

"While the rest of the world is finally waking up to the need to live with Covid long-term, New Zealand remains trapped in March 2020, with terror and paranoia enveloping a country that was once famous for producing hard men like Everest conqueror Sir Edmund Hillary, fearless rugby giant Jonah Lomu and bunjee [sic] jump inventor AJ Hackett."

"Rather than preparing for the inevitable over the past two years, socialist Ardern is hamstrung by a creaking health system with less than 200 intensive care beds to service five million citizens."

The opinion piece generated fierce debate online, but attracted support from both British and Kiwi readers, including a former All Black.