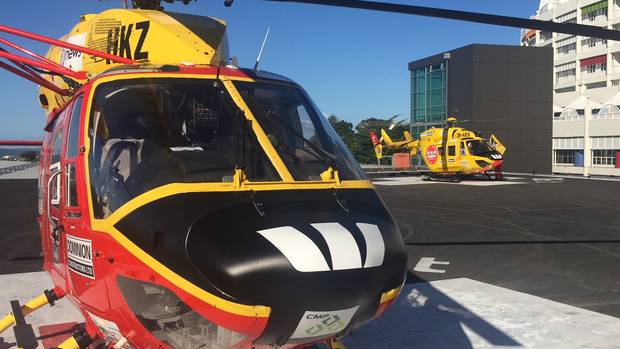 The incident has prompted the Coastguard to remind boaties to safely check their gas supplies and apply common sense.

Coastguard received an alert to its operations centre about a gas explosion aboard a boat near Ocean Beach, Motuihe Island, yesterday at 3pm.

The man, in his 60s, was seriously injured with burns to his face and hands after trying to trace a gas leak with a naked flame.

"He smelt gas and confirmed that there was gas by lighting a match. Which is a very tried and true method of finding gas. Unfortunately, it is not a very good method."

"He jumped straight into the water. He cooled the burns immediately, which is the right thing to do. He lost quite a bit of hair, he lost his eyebrows and eyelashes."

The man, luckily, did not have any air way problems.

The lesson from Deacon was: "If you smell gas, don't light a match to prove it."

AWRH had sent one helicopter to the scene and picked the man up from Coastguard after they dropped him at Motuihe's Jetty.

He was then airlifted to Auckland City Hospital.

Deacon suspected the man would likely be discharged from hospital today.

The Coastguard warned to check gas systems for any indication of a leak, such as a smell or "hiss".

"Test with a soapy water solution, which will bubble at any point where gas escapes.

"Never use a match, flame or plain water to test for a leak."