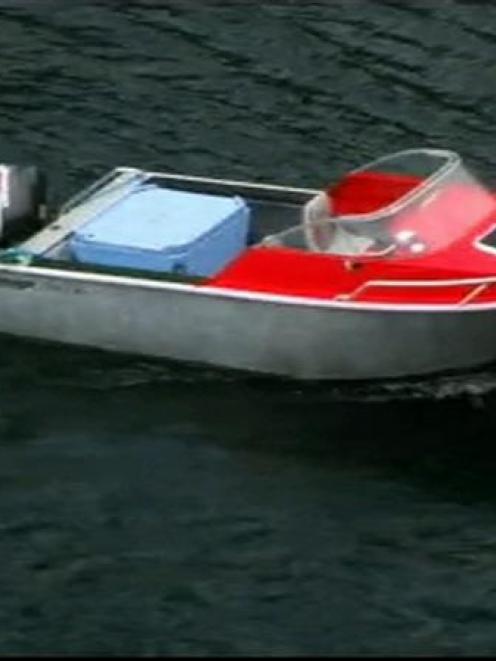 The damaged boat under tow.
A dead fisherman and his seriously injured crewmate may have drifted for nine hours on their damaged boat before being found in Doubtful Sound yesterday morning.

Today police confirmed that the dead man was 33-year-old Bluff commercial cray fisherman Jason Ross Nilsen. His injured crewmate was in a serious but stable condition with a fractured skull and facial injuries in Dunedin Hospital.

The men were found about 8.45am in the damaged and floating 6m aluminium vessel by Department of Conservation staff working in the Fiordland National Park, Sergeant Tod Hollebon, of Te Anau police, said.

It was thought the men might have been drifting in the damaged boat for up to nine hours.

The incident appeared to have been a "pure accident", Mr Hollebon said.

"It looks like the collision has been with a rock. There is no other vessel involved that we're aware of."

It was thought the crash happened some time between 11pm on Sunday and early yesterday morning.

Southern Lakes Helicopters pilot Chris Green, who airlifted the injured man, said he was conscious but had "severe facial trauma and head injuries". 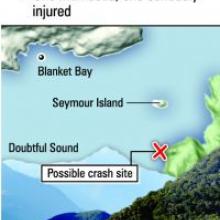 A second helicopter ferried police to the scene, where they recovered the body of the dead man.

Mr Green said the bow of the pleasure-boat was "caved in" and had impact damage from the people thrown forward when it had come to a sudden stop.

"... it was testament to the boat - it's survived quite well from a direct impact into a rock face.

"It was still floating and no water was coming into it, and both the victims were found on board the floating boat down the Bradshaw Sound."

Although police say it is not clear how the boat sustained the damage, Mr Green said "witness marks" had been found where the boat had hit rocks to the southeast of Blanket Bay.

He surmised the boaters had turned too early while rounding a point in the dark and crashed into the rocks there.

Sergeant Tod Hollebon, of Te Anau, said yesterday there were indications the boat had been used on Sunday night.

Sgt Hollebon said there was no danger of the boat sinking, and Southern Winds towed it towards Deep Cove where police hoped to take a trailer to collect and secure it.

Doc said staff on board Southern Winds intercepted the vessel while carrying out routine duties around Secretary Island.

They alerted police, who, along with St John, co-ordinated the rescue effort of the injured man.

A Maritime New Zealand spokeswoman said they were making preliminary inquiries and it was too early to tell whether they would undertake a full investigation.

Police investigations into the incident are continuing.