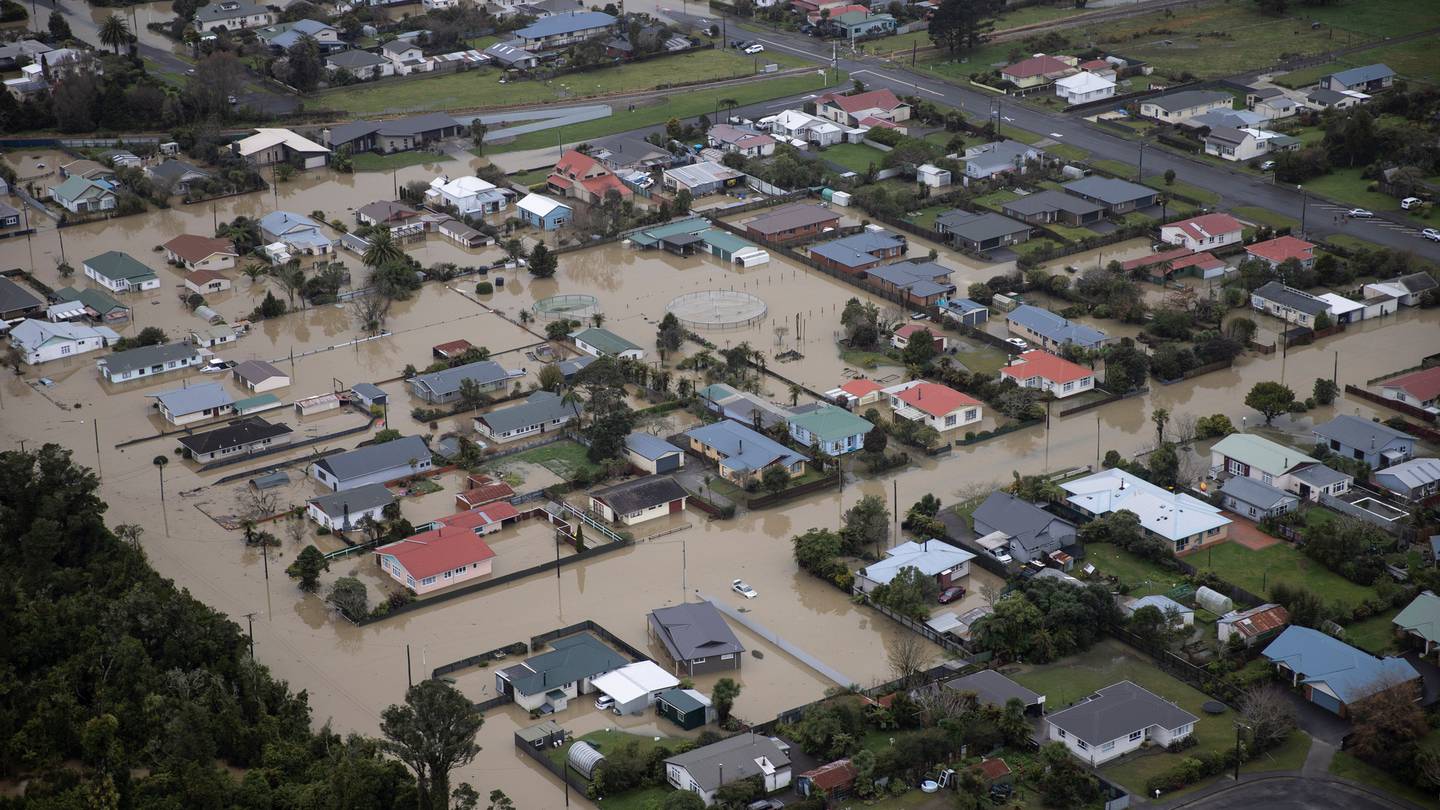 Westport was devastated by flooding after recent heavy rain. Photo: NZ Herald
Parts of the South Island are bracing for more flooding, with heavy rain due across much of New Zealand tonight and tomorrow.

While the rain won't be as heavy as last weekend's deluge, forecasters are warning that some areas that are already waterlogged are in the firing line again.

MetService has heavy rain warnings in place for parts of Nelson and Westland, where up to 150mm of rain could accumulate about the ranges. The warnings are in place from around 8pm today until tomorrow evening.

Streams and rivers could rise rapidly and surface flooding and slips are possible, the warnings say. Strong or severe gales are also expected before the rain arrives.

This satellite loop 🛰 shows us the front that's expected to bring significant weather as it moves across NZ later today and tomorrow. You can see high cloud spreading ahead of it, and deep rain-making cloud further back.

Torrential rain in the region last week saw the Buller River topping its banks and flooding Westport. The "one-in-100-year" flood event left many people homeless, and more than 100 homes unliveable.

Niwa is forecasting "extremely high river flows" in response to the forecast heavy rain over the top of the South Island, and is warning people never to drive through floodwaters.

MetService meteorologist Dan Corrigan said most of the country would be affected to some extent. Heavy rain is due for inland Marlborough, the Tasman district and parts of Buller, where the ground is already saturated.

Today's incoming poor weather is due to an active front that would hit Fiordland and the West Coast before moving up over the top of the South Island overnight, Corrigan said.

By Monday morning the strong winds and rain would arrive in Auckland and Northland, he said.

Commuters should "stay safe and drive to the conditions" tomorrow morning.

The front would then move across to the western Bay of Plenty and the northern Gisborne region.

Heavy rain watches are in place for Northland, Auckland, Coromandel, Bay of Plenty, Gisborne and Taranaki from early Monday morning.

Strong wind watches are also in place for much of the North Island, Banks Peninsula and the Canterbury high country on Monday.