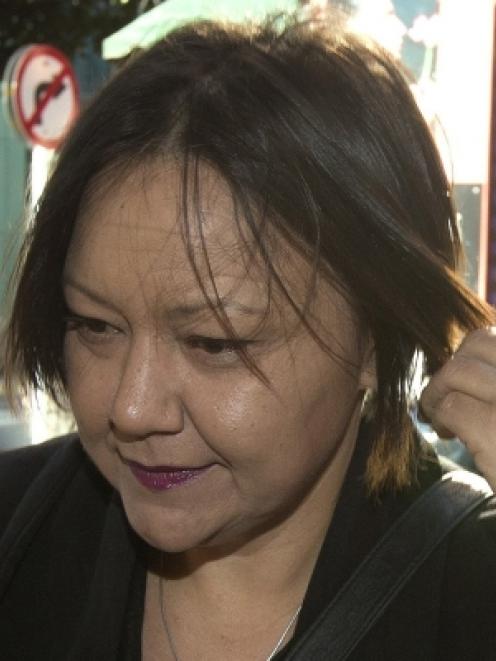 Murray is seeking a discharge without conviction in the High Court at Auckland today. She represented herself on an appeal against conviction and her sentence of 50 hours' community work. She was found guilty last year at a district court trial.

Murray, who had no previous convictions, said she was a proponent for justice and could do good in society without a conviction.

"Sir, I never expressed remorse and the truth of the matter sir is that I didn't really have any initially," a tearful Murray told Justice Geoffrey Venning.

"I suppose the reason, sir, I didn't have any was because as I engaged in the analysis of Mr Reid's file and I saw that he had been wrongly convicted and then upon the pursuit to get legal aid for [his appeal] it's taken 2 1/2 years and it was only awarded two days before I was sentenced."

For her appeal, Murray is citing the contents of psychiatric reports, which are suppressed.

Murray said she was not manipulated by Reid, as her sentencing lawyer Peter Williams, QC, said last year, and she had declined his advice to write an affidavit saying that was the case. But at the time she smuggled the contraband into Mt Eden Prison she was not thinking clearly.

Murray visited Reid in jail 80 times over nine months, and she said: "Seventy-nine times, contraband was not delivered".

She said her sentence was disproportionate compared with other people who had successfully been granted a discharge on more serious charges, including lawyer and former Act Party MP David Garrett.

He used the identity of a dead baby to apply for a passport and gave a fake address on the application form.

Her trial judge, Russell Collins, was not impartial and convicted her on "moral grounds", Murray said.

During her trial last year, the court heard that Murray and Reid's relationship became closer than a normal lawyer-client one and prison guards seized an iPhone, cigarettes and a lighter from Reid after he was visited by Murray.

Reid is serving a 23-year sentence for raping and killing deaf woman Emma Agnew in Christchurch in 2007, and the rape, attempted murder and robbery of a 21-year-old student in Dunedin nine days later.

She is representing herself at her appeal after Mr Williams withdrew in November because he is "terminally ill", Murray told the court today.

Away from court, Mr Williams said he had lived with cancer for eight years but the illness was not terminal and he was "feeling very lively".

- By Jimmy Ellingham of APNZ