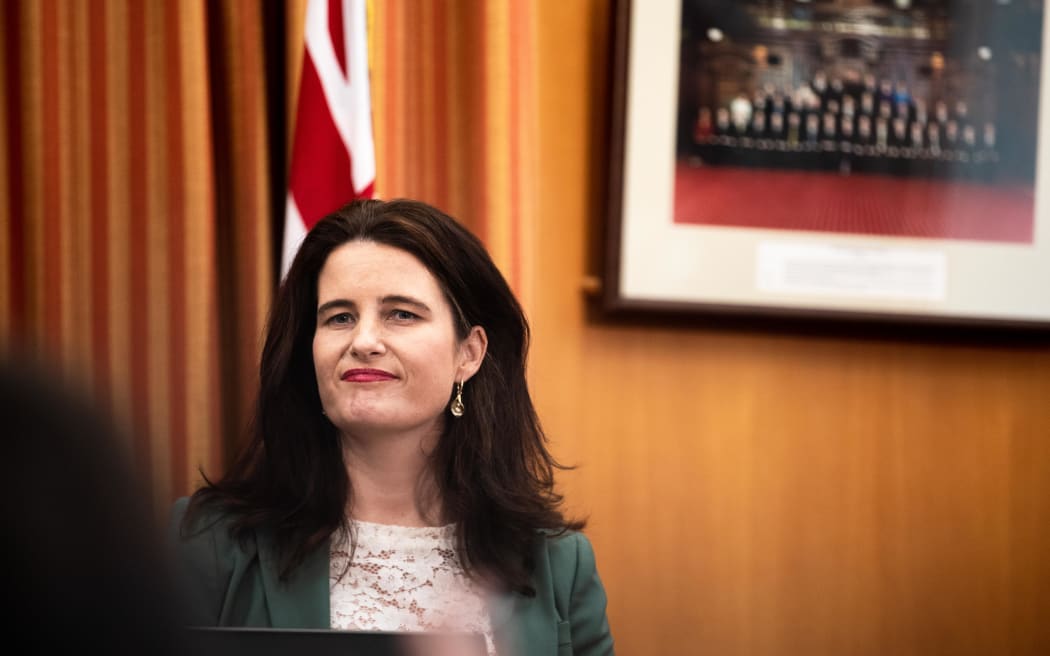 National Party deputy leader Nicola Willis. Photo: RNZ
National's deputy Nicola Willis has sought to extinguish any doubt over her tax plan, telling members the party will deliver as much relief as it "responsibly can".

The Opposition party has kicked off its annual conference at Christchurch's convention centre after several days of back-and-forth over its tax policy.

Leader Christopher Luxon earlier welcomed supporters with a speech which focused mostly on his background and values - a reminder he took the top job just eight months ago.

Willis, who is also the party's finance spokesperson, told the audience New Zealand was facing "the most challenging economic conditions" many of them would have ever experienced.

"We hear the pleas of struggling Kiwis and we say: 'National has your back'."

She said the party was committed to indexing tax thresholds to inflation in its first term in government and would outline more details in 2023.

"Our vision is to go further still. National is committed to providing as much tax relief to working New Zealanders as we responsibly can."

Willis reiterated the party's promise to scrap Labour's new taxes, including the 39 percent top tax rate on income over $180,000.

She promised also to bring back interest deductibility for rental properties and to wind back the 10-year extension of the bright-line test.

"Mark my words, Labour will put a capital gains tax back on the table. The name may change, it might be in disguise, but it's coming."

Labour earlier this week seized on a report claiming National had parked its tax policy, using it to question the opposition's credibility and trustworthiness.

Willis said New Zealanders were suffering the consequences of the economic response to Covid-19.

"We simultaneously had our finance minister pumping the accelerator while our Reserve Bank reached for overdrive.

"No car can drive that fast without a moment of reckoning, and no economy can either."

Party members loudly groaned as Willis listed some of the government's high-cost projects including three waters reform and the TVNZ-RNZ merger.