0 Comments
New Zealand has now gone 13 days in a row with no new Covid-19 cases, and Director general of Health Ashley Bloomfield says it is the envy of many other countries.

There was still one active coronavirus case, Dr Bloomfield said in his daily update.

He did not have any details on the one active case - they would be declared recovered at least 10 days after the onset of symptoms and 48 hours after their symptoms ended.

"It may well be that the person is at the tail end of that 10 days."

No-one is currently in hospital with the virus.

There were another 8000 registrations on the NZ Covid Tracer app yesterday. Dr Bloomfield said it would still be important and useful in level 1 and people were encouraged to keep using it.

Authorities were looking at making it an official requirement in level 1, which the country may move to as early as next week.

But "we cannot afford to take our eye off the ball here".

NZ the envy of many countries

Dr Bloomfield said New Zealand was in a privileged and hard-won state with Covid-19, but internationally it was a different story - the highest number of cases globally in one day was just three days ago, on June 1.

There have been around 380,000 deaths reported to the World Health Organisation.

"We are still very early in the evolution of this pandemic," he said. "There are still many gaps in our knowledge." 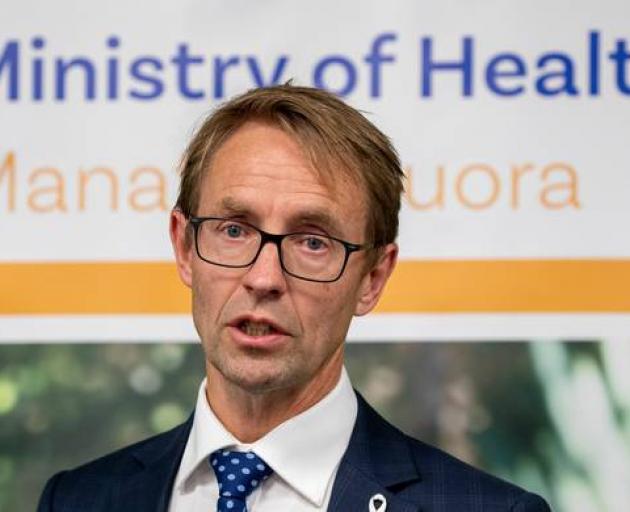 Director-General of Health Dr Ashley Bloomfield.
New Zealand was the envy of many countries, he said.

That's due to the hard work and sacrifice of New Zealanders - but the country could not afford to act as if it was "all over globally" when really it had just started, Dr Bloomfield said.

In New South Wales, rates of cases were very low, with no new cases yesterday - but 13 confirmed cases in the week to May 30.

NSW's confirmed cases were around double New Zealand's number of both confirmed and probable cases. The state's population was similar to New Zealand and Dr Bloomfield said it was a good comparison.

Both NSW and New Zealand had substantially lower death rates per case than other countries.

Restrictions were being lifted comparatively quickly in New Zealand - including compared to NSW.

On Monday Dr Bloomfield joined a regional WHO call on the topic of how to reopen borders safely.

"We need to remain vigilant to the threat that the virus poses," he said.

While NZ was looking at a possible return to level 1, this would not be life back to normal. Hand hygiene, keeping a diary of where you've been and staying home when sick were all important.

Despite New Zealand being ahead of other countries in the Covid-19 fight, Dr Bloomfield said there were still lessons to be learnt from other countries as they reopened borders and lifted restrictions - including Italy and the UK.

"For example, if they get a second wave of infection, how quickly that happens and what measures they take to contain that second wave."

It would also be useful to see how countries fared due to seasonal changes - for example in Italy which was now in summer, as opposed to when the initial outbreak happened.

A "belt and braces" approach was being taken at the border because new chains of transmission sneaking into the country would mean restrictions on the economy.

Asked whether there was a "plan B", Bloomfield said he hadn't seen a better plan than what New Zealand already had - which included prevention of cases coming in, and containment through measures like rapid testing and quick contact tracing.

Once a decision about a transtasman bubble had been made, the process would be thoroughly tested at airports on both sides to ensure both countries were happy that all the right measures were in place.

Healthcare services are increasingly returning to normal, he said - reminding people that the bowel screening programme is "well up and running again".

Around 29000 people had received testing kits before the lockdown and were asked to wait till restrictions lifted before returning them. Some 11000 of those people had now sent in their tests.

Immunocompromised children can return to school in alert level 1, Bloomfield and vulnerable adults can get about their daily lives.

If the trend of zero new cases continues New Zealand is likely to move down to alert level 1 next week. Cabinet will make a call on Monday with the loosening of restrictions possible just 48 hours later.