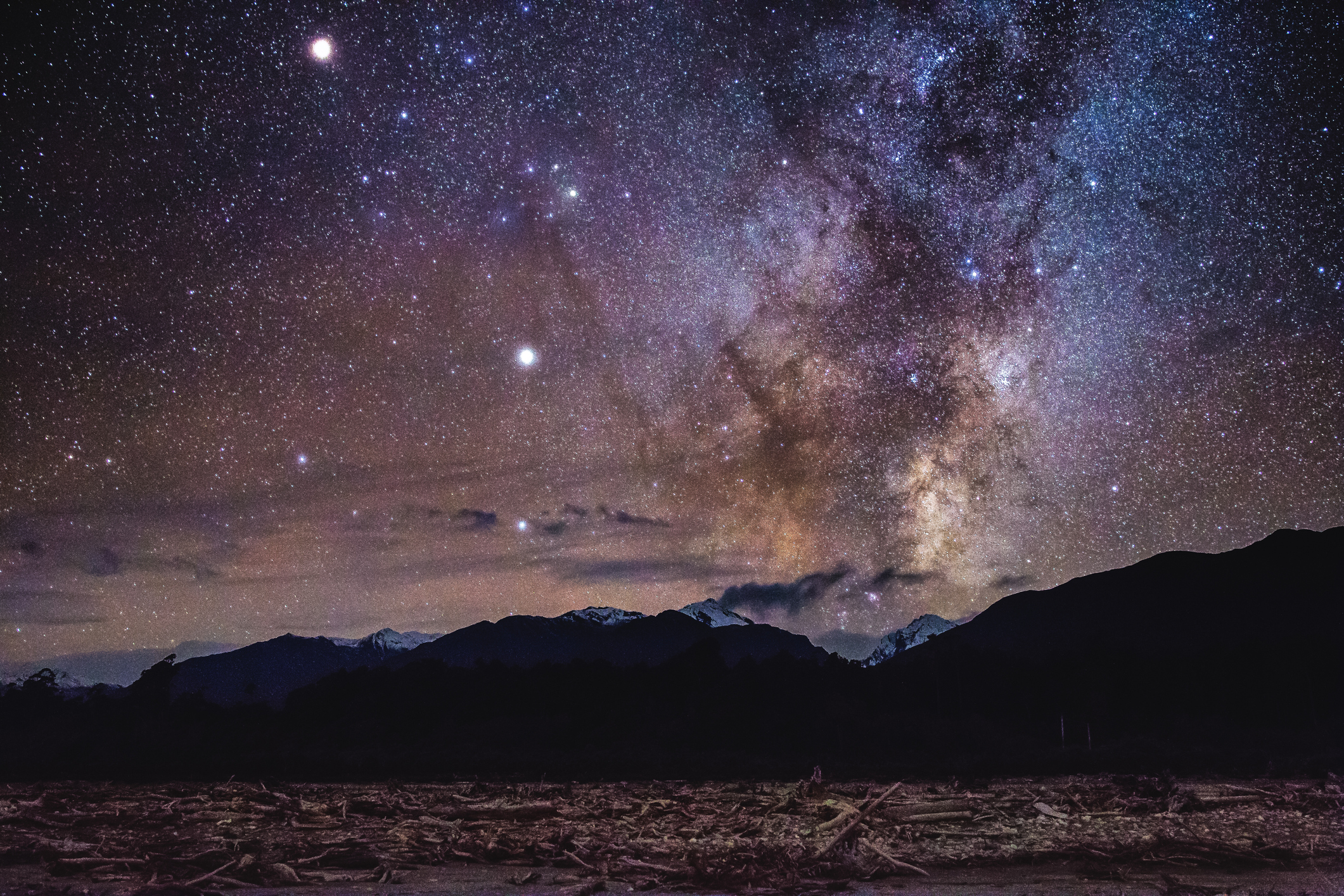 The Milky Way over the Southern Alps. Photo: Getty Images
Becoming the world's first dark sky country could be a boon for small communities and encourage more visitors to travel outside peak season.

The title recognises an area with exceptional quality of starry nights and a commitment to protecting the nocturnal environment.

The dark sky nation idea was first floated about a year ago, and it will be a hot topic at the New Zealand Starlight Conference to be held in Tekapo from today until Wednesday.

The International Dark Sky Association would need to sign off on any accreditation, ensuring the night time environment is protected and the country is using responsible outdoor lighting.

"There is quite surprising interest levels from overseas. We do take it for granted in New Zealand that we can look up from most of New Zealand and see a view of the stars. That's not possible for a huge number of people in the world," he said.

"Why not promote that advantage that we have? Most of our population lives in cities and towns, leaving quite a bit of our countryside open, free of light."

About 120 delegates will attend the conference, talking about light pollution and the benefits of a nation-wide approach to dark sky accreditation.

"It provides an opportunity for small communities to relatively easily provide additional activities. It's not too expensive to set up a guiding business or there's no major infrastructure required. A number of little businesses around just have mobile telescopes," Mr Butler said.

"We're able now to provide an activity that can fill in the shoulder season, and that's being seen as the numbers are spreading out.

"Cities don't need to become dark as such, it shouldn't be too hard to gain a commitment from the cities in terms of managing where they direct light and maybe reducing the time the light is on," Mr Butler said.

"Generally it's not so much about dimming lighting, there are a number of things that can be done - maintaining the right levels of light but just avoiding all of the spill light.

"It's about controlling light, not avoiding it."