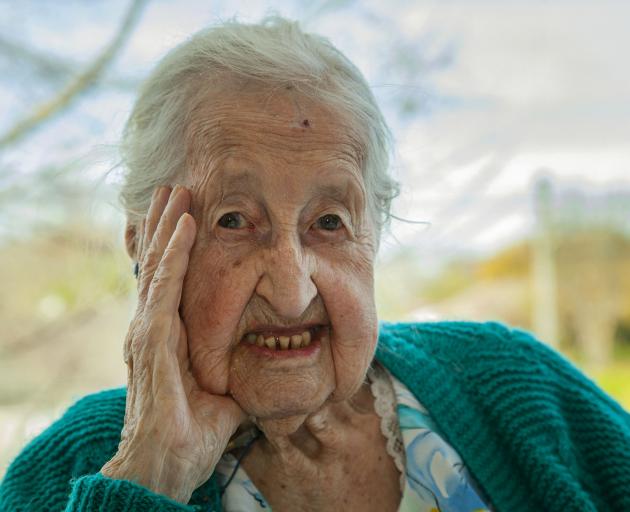 She lived at Windsor Care Retirement Village in Shirley where she died "peacefully" on May 29.

Nina celebrated her birthday in September, and told starnews.co.nz at the time her secret to living a long life was not drinking or smoking and always eating her greens.

The extent of her health issues only went so far as a couple of sprained ankles from Scottish country dancing, which she did until she was 90, and a double hip replacement four years ago.

She would always tell staff at the village she was "going to be the oldest New Zealander one day".

Nina studied to be a teacher when she was 16 and received a Master of Arts in English from Canterbury University. 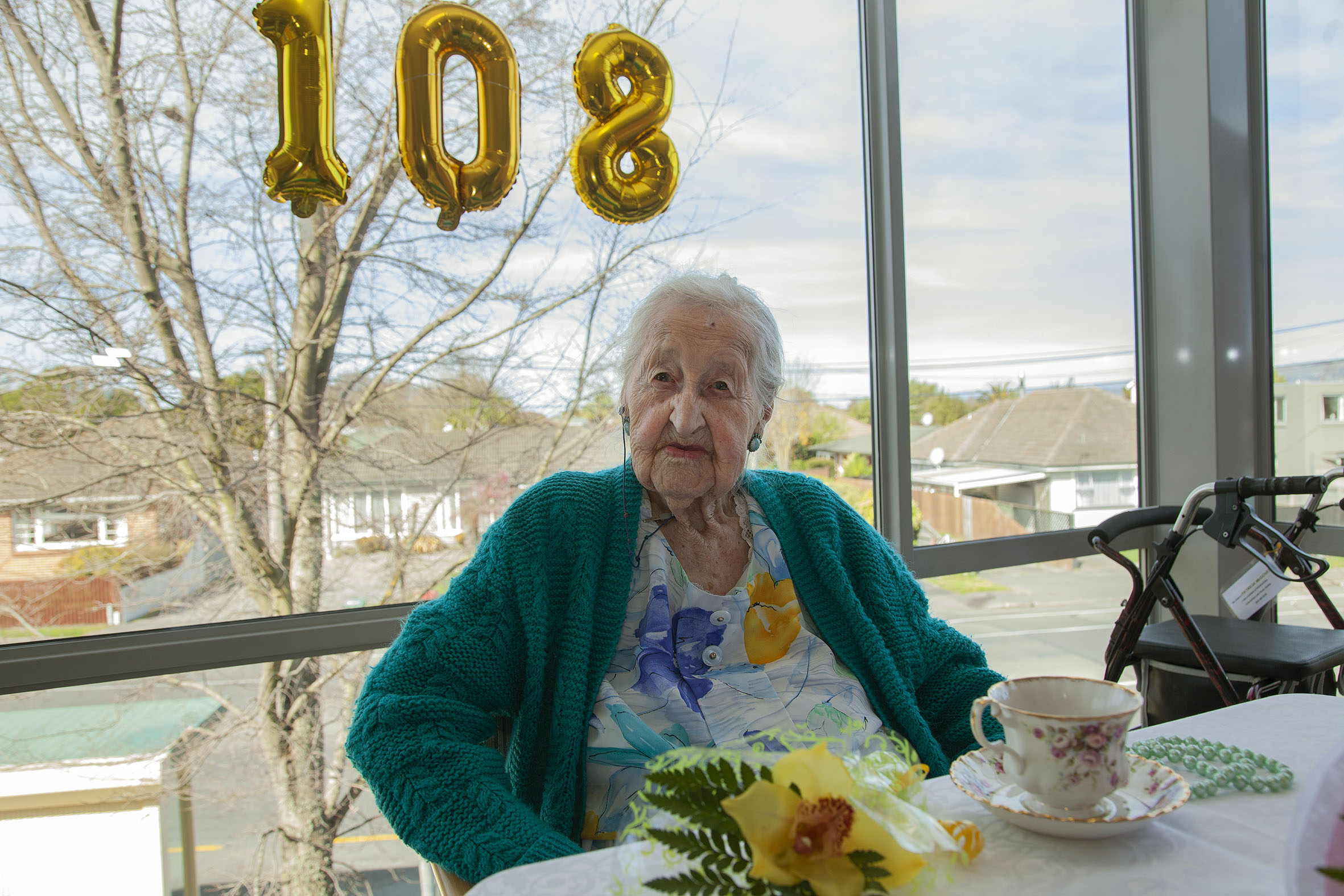 Nina Brown celebrates her 108th birthday. Photo: Geoff Sloan
She worked as a teacher in England in the 1930s, until she was sent home on a boat when World War 2 broke out.

When she arrived back in New Zealand, she taught at Shirley Intermediate School during the war.

Her specialty was english, but a shortage of teachers meant she taught a range of different subjects, including woodwork.

Nina never married or had children, but would always ask about her family.

Her nephew Murray Brown wanted Nina to move into the care unit at the retirement home so she could be closely monitored, but she would say it "for the old people".

At her 108th birthday party in September, Nina received a hand-written card from Prime Minister Jacinda Arden and cards from Mayor Lianne Dalziel, the Queen and Government House.