Plan to cut child abuse toll by half 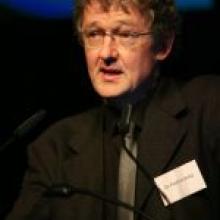 Patrick Kelly
A leading child-abuse doctor says child deaths could be halved by a four-point plan, including medical assessments of all infants reported to Child, Youth and Family.

The clinical director of the child-abuse centre at Starship Hospital in Auckland, Dr Patrick Kelly, said CYF social workers should not be left alone to assess whether young children were at risk.

He told a child-abuse conference in Manukau this week all children under 2 who were notified to CYF should be assessed by a multidisciplinary team, including health professionals.

The proposal could be hugely expensive because CYF received 75,326 notifications of possible abuse or neglect last year. But Dr Kelly said it was a matter of prioritising the money.

A principal adviser to Children's Commissioner Cindy Kiro, Dr Emma Davies, told the conference the first three years of life were the key to how each person's life unfolded, yet taxpayer spending on health care for each infant was far less than for an elderly person.

"If we had to choose where to invest, we should put the emphasis on the first few years,'' she said.

New Zealand's rate of child deaths from maltreatment was the third-worst of 27 developed countries in the last Unicef league table in 2003, better than only Mexico and the United States.

Police statistics reported by former CYF chief social worker Mike Doolan showed 35 children died from maltreatment in the first five years of this decade, an average of seven a year.

Dr Kelly said most children who died were under 3 and 80% were not known to CYF beforehand.

But when he analysed 48 children admitted to his unit with head injuries in the 12 months before the deaths of twins Chris and Cru Kahui in June 2006, including eight children who died, he found all 48 had seen another health professional, such as a midwife, Plunket nurse or family doctor, before their admission to Starship.

"We need a paradigm shift. Infant abuse and neglect is not just a matter for the Ministry of Social Development. It's a health issue,'' he said.

"We are not the ambulance at the bottom of the cliff. Preventive intervention is a health responsibility. We are the fence at the top of the cliff through which these children are falling to their deaths.''

He said overseas studies showed about 30% of infants found to have suffered abusive head trauma had been missed when they first encountered health professionals.

"We still don't have a national alert for child abuse. I could diagnose child abuse and that child could be admitted to Gisborne and no-one in Gisborne would know the child has been here.''

Dr Kelly said the 20% of child casualties who were known to CYF beforehand could also be saved by multidisciplinary assessment of all young children reported to CYF.

The final point in his four-point plan was a home visiting programme that tackled what he described as the key risk factors for child abuse: domestic violence, substance abuse and maternal depression.

Overseas studies showed "strengths-based'' home visiting programmes such as the Government's Family Start did not work because they tried to work with a family's "strengths'', rather than tackling its problems, he said.

CYF head Ray Smith said he had not had a chance to discuss Dr Kelly's ideas with him.

"However, we work closely with him and Starship and look forward to exploring how CYF and health professionals can work together more effectively to prevent child abuse.''