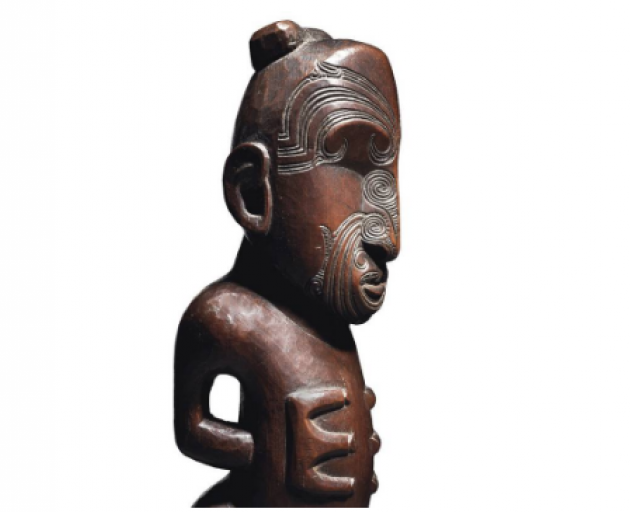 The sale of a pou whakairo Maori statue in Paris last week has saddened a New Zealand art historian. Photo: Christie's Images Ltd, 2021
A rare carved Māori statue of a tattooed woman, which has passed through the hands of a British colonialist, a famous New York ad man, an alleged smuggler of New Zealand taonga, and renowned art collectors, has fetched a world record $3.7 million at auction.

The tiny freestanding wooden figure is just 37cm high but it had serious collectors clambering for bids at Christie's auction house in Paris last week.

It had surfaced in the glitzy auction catalogue with an estimate of EUR 400,000 – EUR 600,000 (NZ$680,000 – NZ$1m), and auctioneers highlighting its unique female features and seemingly crouching stance evoking a "dance movement frozen in endless time".

The Weekend Herald can reveal that the sale to "an international buyer" breaks the record for the highest ever price paid for a Māori work of art, surpassing the price paid for a similar pou whakairo statue at Sotheby's in 2014 for NZ$2.28m.

"How did it get out of New Zealand is the really big question," Ellis said. 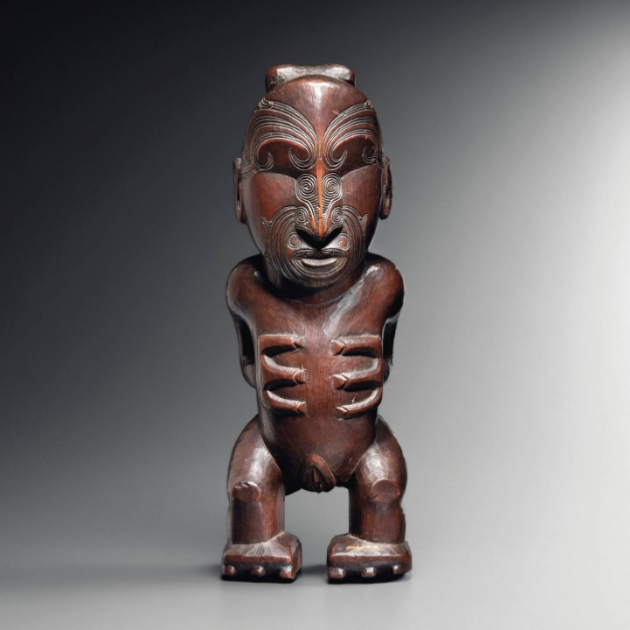 The statue's final price of $3.7m is a new world record for a Maori piece of art. Photo: Christie's Images Ltd, 2021
The statue was "acquired" - and details of just how that happened are sketchy – by Sir Hugh Cleghorn, a Scottish laird and administrator to the then-rampant British Empire who became the first colonial secretary to Ceylon (now Sri Lanka) at the start of the 19th century.

No mention of any iwi, region, or original carver is noted in the provenance.

After being acquired by a Ralph Nash of London, it was snared by American collector and art dealer John J. Klejman who ran a dominant gallery on New York's Madison Avenue and 76th Street.

Sixties creative guru George Lois, who was busy changing the face of Esquire magazine's pioneering covers, purchased the statue from Klejman in 1968.

It stayed in the Lois collection, which the charismatic, bombastic ad man, believed to be the inspiration for the Don Draper character on hit TV show Mad Men, shared with his artist wife Rosemary, until it was sold on to Lance and Roberta Entwistle, London-based tribal art dealers. 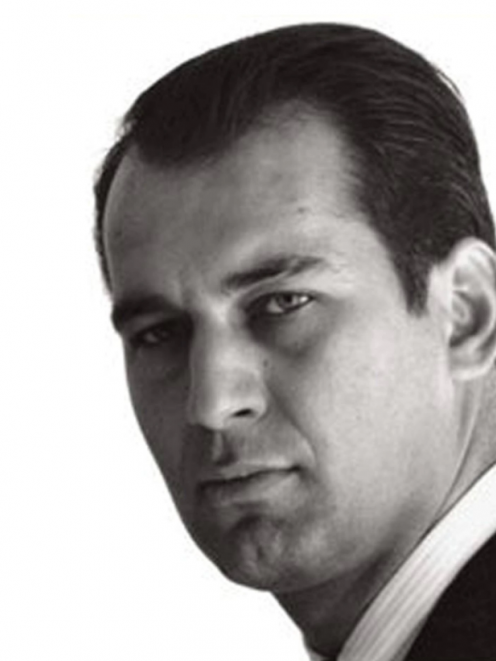 Legendary adman George Lois is said to have been the inspiration for Mad Men's Don Draper. Photo: File
Lance Entwistle himself has a controversial history with Māori artefacts, having once been accused of illegally smuggling sacred taonga out of New Zealand back in the 1970s, sparking a 40-year fight for their return.

But in 2004, legendary Parisian collector and jeweller Michel Perinet became the latest to acquire the well-handled figure.

Perinet, who died last year, had an elegant shop on Rue Danielle-Casanova in Paris and was famed for his treasure trove of African and Oceanic art.

Last week, the collection of 61 Perinet works surfaced at the Christie's sale, which auctioneers billed as offering a "perspective that transcends the various 'isms' of the last century... Beyond places and periods, it embodies the quintessence of a universal history of art".

And buried amongst the headliners, which included a white Mortlock Island mask from the Caroline Islands, hailed as the "holy grail of Oceanic masks", and a ceremonial shield from the Solomon Islands, plus Easter Island works of Polynesian origin, was a little New Zealand artefact, labelled as, "Statue pou whakairo Māori".

With auctioneers thinking it may fetch as much as $1m, it would already have been one of the most expensive Māori works in history.

But as the bidding opened, the estimates were made to look ultra-conservative very early on, with it soaring into the millions.

Christie's have refused to reveal details of exactly who snapped up the piece, only saying it went to "an international buyer".

"It is indeed the highest price ever paid for a Māori work of art," a spokesman said.

"This is part of a very limited corpus of seven figures known so far of which several are in public collections in New Zealand, Scotland and England, and one other in private hands." 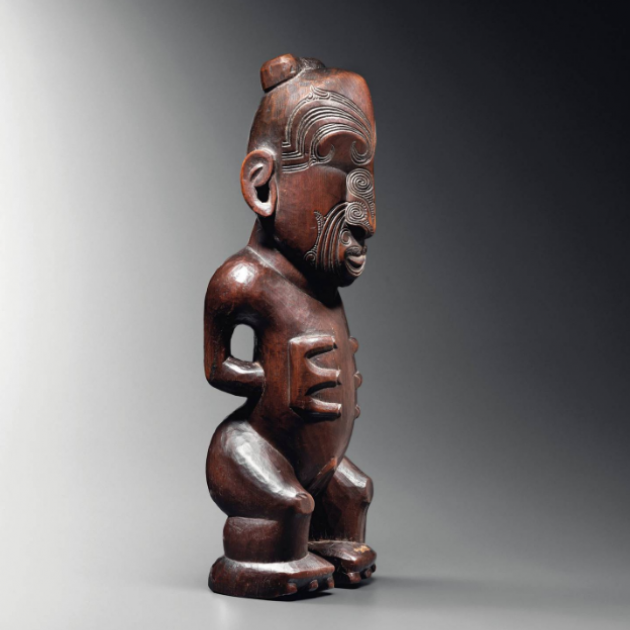 However, it has no ability under the legislation to stop sales, or force repatriation of cultural heritage material sold at auction overseas.

Māori artefacts have boomed in popularity – and price – with international museums and private collectors in recent years.

In 2016, ornate Māori carving, described as being a "remarkable tour de force" by a master carver, sold at a Christie's auction in Paris for $321,000.

"With fewer items of such importance available and buyer demand stronger than ever, it is inevitable that prices will rise."

Ellis, associate professor of art history at the University of Auckland, said the statue of a female figure with a full-face tā moko was "very, very unusual".

"I could name on one hand the number of times that I've seen carvings like that," she said. 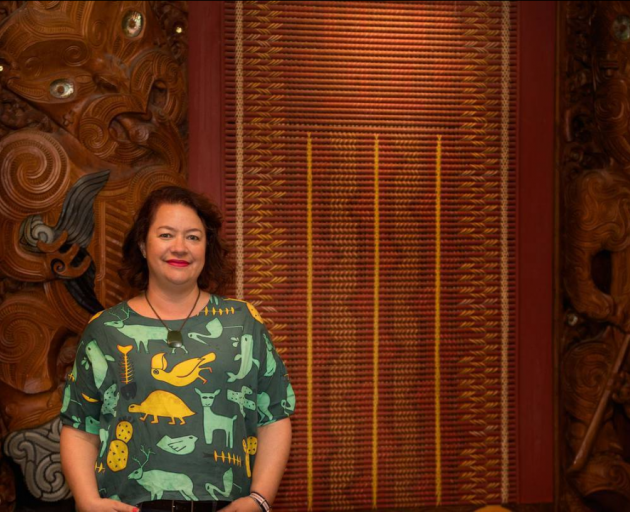 University of Auckland Associate Professor Ngarino Ellis, who specialises in Māori art history, fears that similar taonga will never be seen again in New Zealand. Photo: Supplied
But she is saddened by the exorbitant sale price and fears that Māori, including whānau, hapū, and iwi, are being priced out of ever being able to return such figures home.

"It would be very difficult to even lobby the Ministry for Culture and Heritage for that much money without a stronger provenance, without some whānau link," Ellis said.

"There are tens of thousands of taonga overseas and how many of those will actually come home, or that we'll ever know about?

"I feel saddened. These taonga that come up for auctions surface for just a short period of time and then just disappear. We may never see them again."

In the 1970s, Lance Entwistle – who once owned the statue sold last week - paid a man only ever identified as "Manukonga" NZ$6000 for some carved wooden panels that would have once lined a pātaka (storehouse) and, according to the New Zealand Government, illegally smuggled them out of the country.

They ended up being sold on, ending up with European antiquities collector George Ortiz and becoming embroiled in a decades-long fight to get them back to their rightful homeland.

The taonga, known as the Te Ati Awi panels, were eventually returned to New Zealand in 2014 at a cost to the Crown of about $4.5m.

I wonder how much the government, or should I say taxpayer, need to spend on getting this piece of art back ?

Now there will be a hue and a cry to get it back..... nobody would have been none the wiser if there wasn't a newspaper article about it....