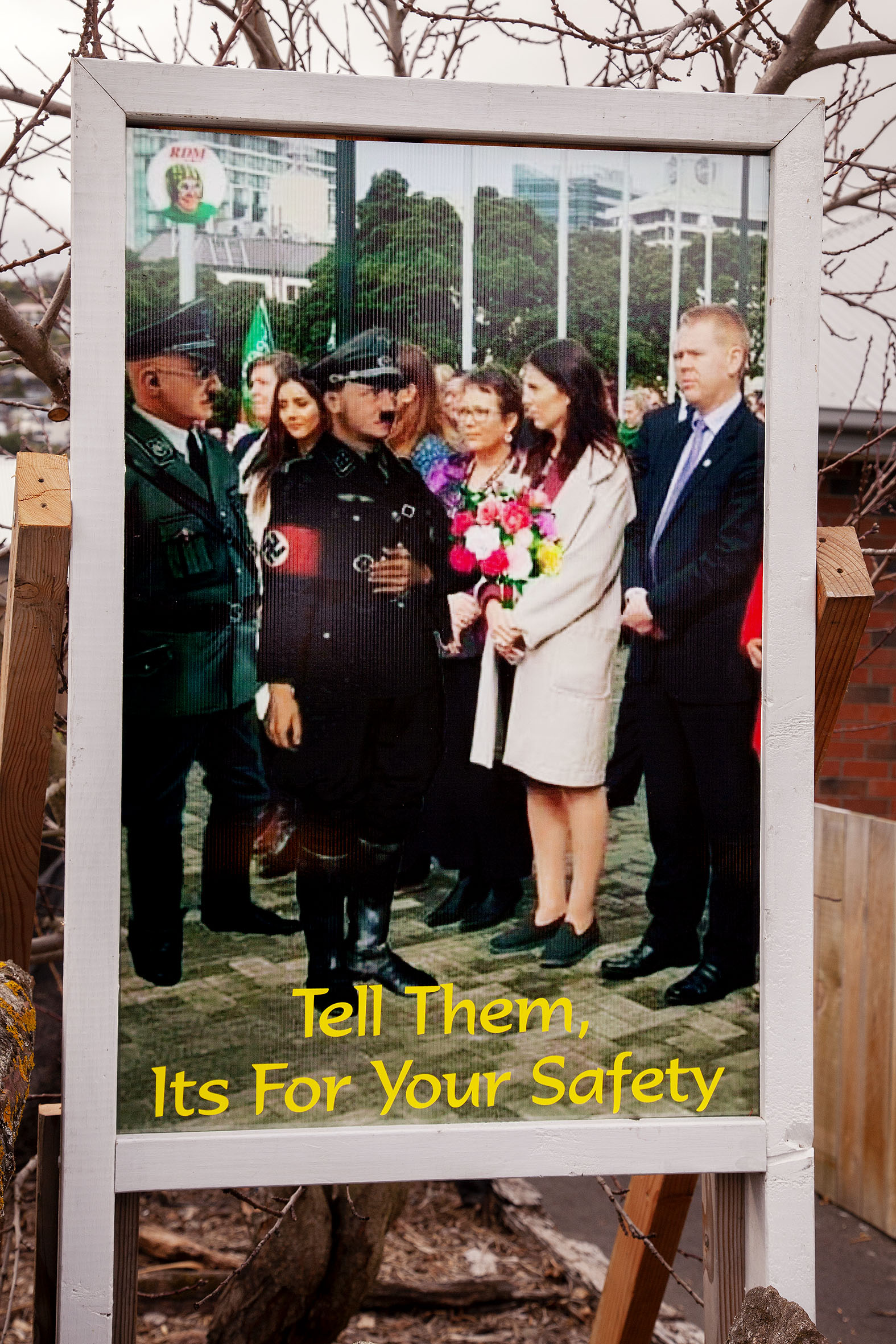 Photo: Geoff Sloan
The New Conservative Party has distanced itself from a supporter who put up a sign showing Adolf Hitler alongside Jacinda Ardern and Minister of Health Chris Hipkins.

Costa Harris took down the sign on a property he owns in Beckenham on Tuesday, after being questioned by The Star. It has now been replaced with another sign with no image that reads: “NEWS, PM delivers on slogans.”

Harris also has a New Conservative political sign (below) on his fence.

The Hitler sign had angered his tenants and neighbours.

Harris said he put up the sign because: “One, it’s amusing, two it presents a perspective that a lot of people are waking up to, and three, I see there are a lot of people trying to really shut down any dissenting views.”

His tenants responded with a message of their own on the front door: “The signs on the fence and wall are not ours. They belong to our landlord.

“We do not endorse the messages on the signs, nor the New Conservatives.”

Another sign showing Ardern with a gun saying: “Al Adernland. Police State. How do you like the operation so far sheeple” had previously been on the fence. 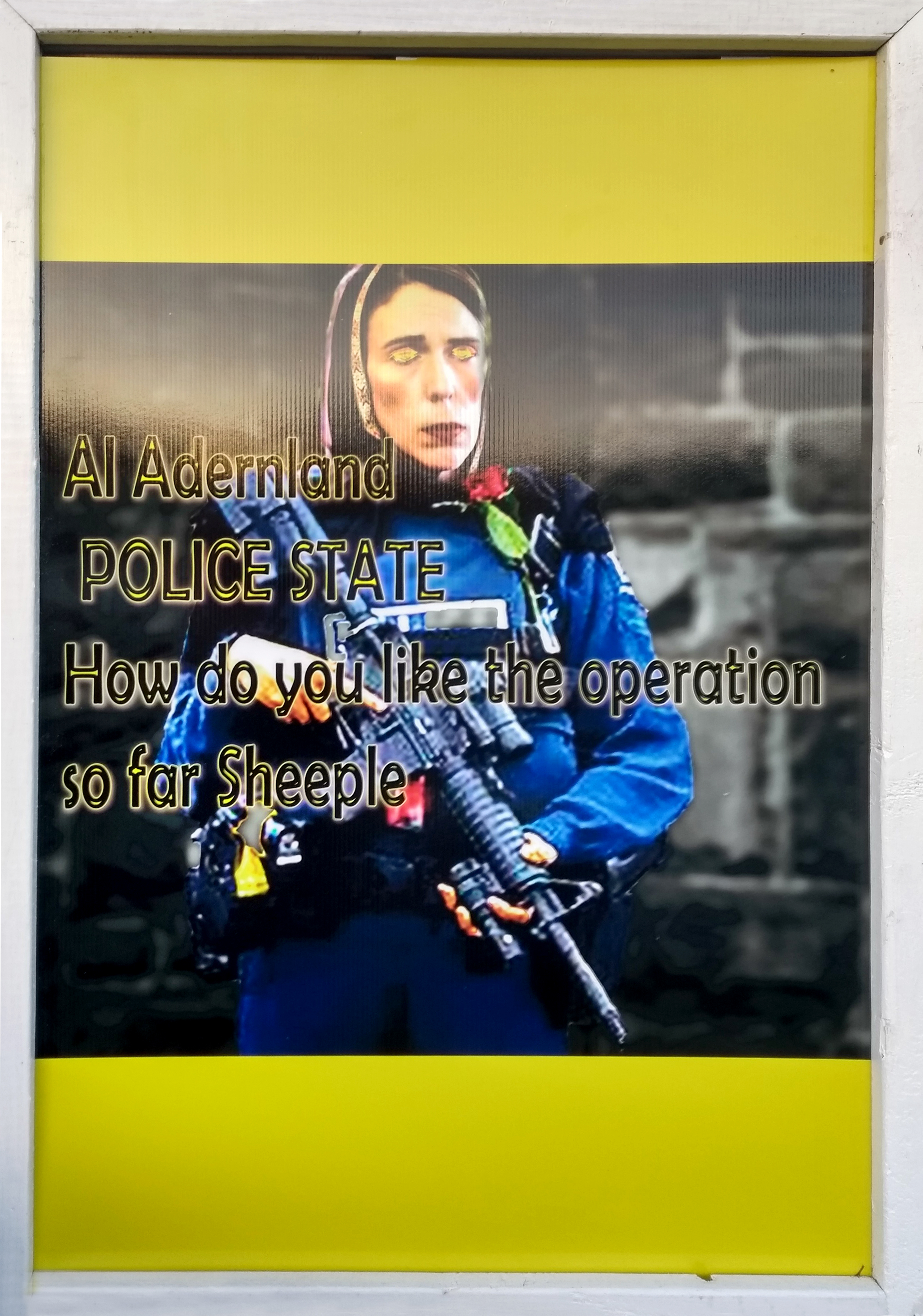 This sign was previously on the fence before it was replaced by the one featuring Hitler. Photo: Geoff Sloan
New Conservative Party spokesman, its Christchurch Central candidate Benjamin Price, said he had never heard of Harris.

“It [the Ardern and Hitler sign] is clearly nothing approved by or related to New Conservative.

“It sounds like he is raising comparisons between two socialist leaders, which I guess he is entitled to do.

“Ultimately I guess it is the right and responsibility of the property owner as to what is on their fence; and we are not in a position to dictate to them what they can say or display,” he said.

A nearby resident told The Star they were “deeply offended to see that [Hitler and Ardern poster] in a suburban street.”

Another resident at the same address said of the sign: “I think if you are a person who sees the world like that, you’ve got your facts wrong.”

Christchurch Central Labour MP Duncan Webb said signs like the one put up by Harris should have no place in the election.

“That kind of narrative has utterly no place, adds nothing to the discussion and is not good for democracy, not good for politics and not good for making New Zealand better.”

The tenants of the property could not be reached for comment.