Hamilton City Council has voted to use the Single Transferable Voting (STV) system for the 2022 and 2025 elections.

Hamilton City councillors decided to switch from First Past the Post (FPP) at a Council meeting on Tuesday.

Mayor Paula Southgate said the decision was a brave one for councillors who had been elected under FPP.

"We asked the community which system they thought is best for our city, they told us they wanted STV, and elected members have delivered on that," she said.

"For me, this decision was about the fairness of STV over the simplicity of FPP. It's ridiculous that a councillor can be elected based on the toss of a coin, which happens if two candidates get the same number of votes under FPP.

"STV is the fairer system and Hamilton's voters will be better represented by the results it produces."

The results of a community survey run by the council also showed that a majority of respondents favoured using STV.

"Hamilton has used FPP for more than 140 years, but there was obviously a desire for change to a more proportional voting system," she said.

"We now have an exciting opportunity to continue educating our voters about how STV works before the 2022 elections." 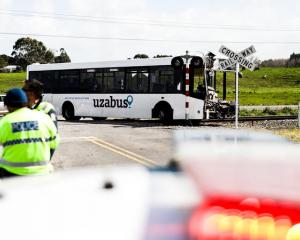 The difference in the councils. Hamilton asks the ratepayers, the DCC just makes the decision themselves. Regardless of the system chosen, as long as it's chosen by the public how their elected officials are elected......that is how democracy should work.
Let's hope the ratepayers have the same choice if they no longer wish to vote using the STV system.
One comment I do take to exception....
quote:"It's ridiculous that a councillor can be elected based on the toss of a coin, which happens if two candidates get the same number of votes under FPP."

I doubt that that situation would arise too often to have been a problem. Thousands of votes, and two candidates get EXACTLY the same number of votes? So we flip a coin? come on! lets see the examples of that having happened enough to cause a problem.
Once Hamilton ratepayers and voters see EXACTLY how STV works, the future may be a different story, as so many other governments and councils have experienced in the past.
Anyway, good luck and best wishes Hamilton.......,