AT warned months ago about crash site 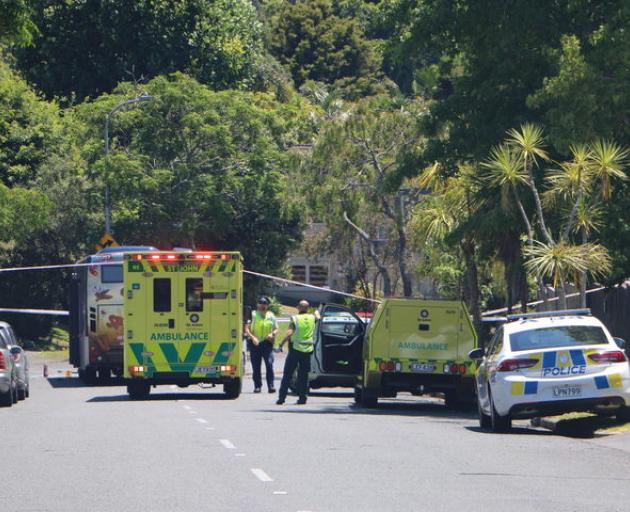 Emergency workers at the scene of the crash on Gowing Dr yesterday. Photo: RNZ
Auckland Transport was asked by Ōrākei Local Board five months ago to investigate the safety of a road which was the scene of a fatal crash yesterday.

A man died and 10 people, including children, were hurt in the collision between a car and bus in the suburb of Meadowbank at 11.30am.

"It's clear that if the car had not been speeding and had not crossed the centre line then he would still be alive."

Ōrākei Local Board formally asked Auckland Transport to look into managing speed and visibility along the road in August last year.

During that meeting, the board passed a resolution focussed on the road and a nearby intersection.

The resolution read, "That Auckland Transport be requested to provide options on how to manage speed and address visibility issues to improve safety along Gowing Drive, Meadowbank at the Parsons Road and Archdall Street intersections."

Local board member Carmel Claridge, who proposed the action, said the road had long been a concern to locals but so far there had been no response from officials to her request.

"It's a tragic example of local community having voiced their concern making it very obvious that an accident was waiting to happen."

"And Auckland Transport have chosen not to doing anything in response to those concerns and simply sat on their hands," she said.

Locals had told the board that there was an accident waiting to happen on Gowing Dr.

"Really a dreadful situation that unfortunately could have been perhaps avoided if there had been measures taken by Auckland Transport."

"Where they had actually responded to concerns raised by residents and the local board," Ms Claridge said.

Ms Claridge was due to meet with Auckland Transport's relationship manager on January 22 and she said would be asking why AT was yet to respond to the board's request about Gowing Dr.

Go Bus chief operating officer Nigel Piper said the accident said his thoughts were with the family of the deceased person.

"Go Bus will be supporting our driver, who is obviously quite shaken by the accident, and we will be working with police as they complete their investigation."

Next month Auckland Transport will be consulting on a new speed management bylaw, which will enable it to reduce speeds on specific roads, town centres and the city centre.

In a statement, AT said once the bylaw is approved, it will begin reducing speeds, with first priority being given to Auckland's highest risk areas and town centres.

They include the city centre, Mission Bay and St Heliers town centres,

As part of the assessment for safe speeds, AT said it has investigated all residential suburbs, including Meadowbank, for speed management and the areas have been ranked to ensure we address the areas of greatest risk first.

While Meadowbank is not in the programme for this financial year, AT said it appreciated the feedback from residents and their desire to see safer speeds in their neighbourhoods.