Sentencing adjourned for former All Black 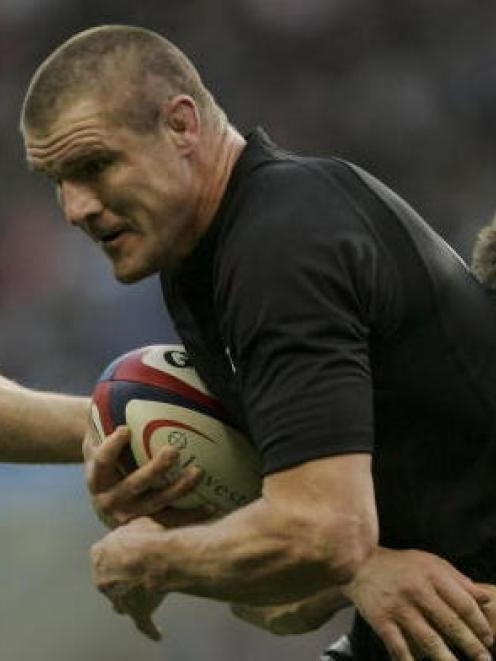 Keith Robinson. Photo Getty
Former All Black Keith Robinson could be considered for electronic monitoring after his sentencing on various driving matters was adjourned today.

The 36-year-old farmer, who played 12 tests for the All Blacks, appeared before the Morrinsville District Court this morning for sentencing on a drink-driving charge and two of driving while disqualified.

But the matter before Judge Robert Marshall has been adjourned to October 10 at the Hamilton District Court.

Judge Marshall indicated that electronic monitoring of Robinson could be considered.

At Robinson's last court appearance, the court heard how Robinson had been to a hunting meeting in Te Aroha shortly before he was stopped on SH26 on May 12 after police officers saw his vehicle cross the centre line.

Robinson returned a reading of 115 milligrams of alcohol per 100ml of blood when stopped by police. The legal limit is 80mg.

Robinson was also before the Morrinsville District Court to face a charge of driving with a suspended licence on May 27 after being stopped on Kurangahui Road.

He has been convicted at least twice for that offence previously.

Robinson last year admitted to a charge of injuring with intent to injure for an attack on a 50-year-old man outside the Palace Hotel in Te Aroha during a pub crawl in December.

He was sentenced in January to 300 hours' community work and nine months' supervision and ordered to undertake an anger management course.

The former lock played his last match for the All Blacks 2007 in their shock Rugby World Cup quarter-final defeat to France.

He retired from all rugby shortly after, his promising career curtailed by a knee injury when he was 30.