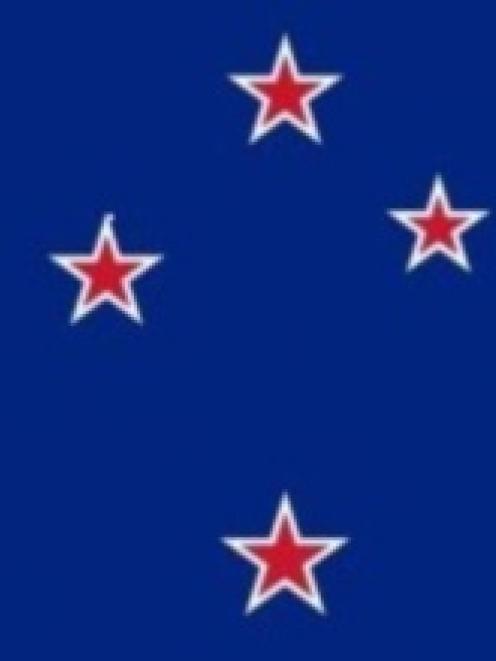 The deadline for designs for a possible new flag is midnight on Thursday, July 16.

The Flag Consideration Panel's statistics from about 5900 designs submitted so far show the Southern Cross was used 2919 times - almost half of designs. The silver fern has been the favourite symbol in Herald DigiPolls dating back to 2010 and featured in one in four of the new flag designs - 1375 flags.

The Union flag was used in just 8% of the new flag designs. However, there was a high use of the red, white and blue colours of the current flag. White was used in 80%, blue in 64% and red in 59%.

Black is the colour most often associated with New Zealand sports teams and featured 2721 times - 46% of the flags.

The panel's chair, John Burrows, expected the panel to select a design from those the public suggested. He said panel would look at simple, uncluttered designs that would not date and worked in the range of contexts in which the flag was flown - from formal state occasions to sport events.

"Colour is important as fewer colours help keep the design simple and bold. Balance is important in good design as is style and size of any symbol."

Just over a quarter of the designs were submitted by people living overseas, while 28% were from Auckland and 14% from Wellington.

The panel said on a per capita basis, Hawkes Bay was leading, followed by Northland, Nelson, Wellington and Auckland.

Twelve designs were submitted from the West Coast and one had come in from the Chatham Islands.

The process for the flag referendums has been criticised after a low turnout to public meetings. But Mr Burrows defended that, saying much of the debate was being held online.

The first referendum is expected to be held in November and December and will ask voters to rank their preferences from a shortlist of four designs the panel picks.