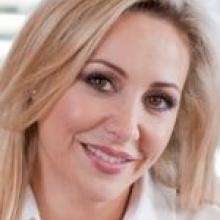 Fleur Revell
Nearly $10 million of New Zealand taxpayer money has been spent hosting foreign media in the past five years. Figures released to the Otago Daily Times under the Official Information Act show Tourism New Zealand has budgeted $1.67 million to host about 400 media this year, at an average of more than $4100 a person.

The media budget was mostly for travel in New Zealand, including domestic airfares, land transport, accommodation and tourism activities - but not usually for international airfares.

Between 2006-10, Tourism New Zealand spent $9.42 million on hosting media, but was unable to say exactly how many visited.

"Tourism New Zealand typically hosts about 400 media each year. This has remained relatively stable but can fluctuate depending on individual projects."

Before hosting any media outlet, an assessment was done for the relevant market opportunities, which included the potential broadcast audience, circulation or unique user figures as a requirement, Ms Bates said.

"Results are tracked and processed within the market and shared with those in the tourism industry involved."

"Having international opinion formers write or broadcast about New Zealand as a holiday destination as a consequence of their own experiences provides valued information to their own audiences. It also allows New Zealand to be promoted in media that would be unaffordable through any other means."

"Bringing international journalists to New Zealand is an excellent way to showcase the nation in its entirety and demonstrate to potential tourists that there is more to our country than rugby, mudpools and hobbits."