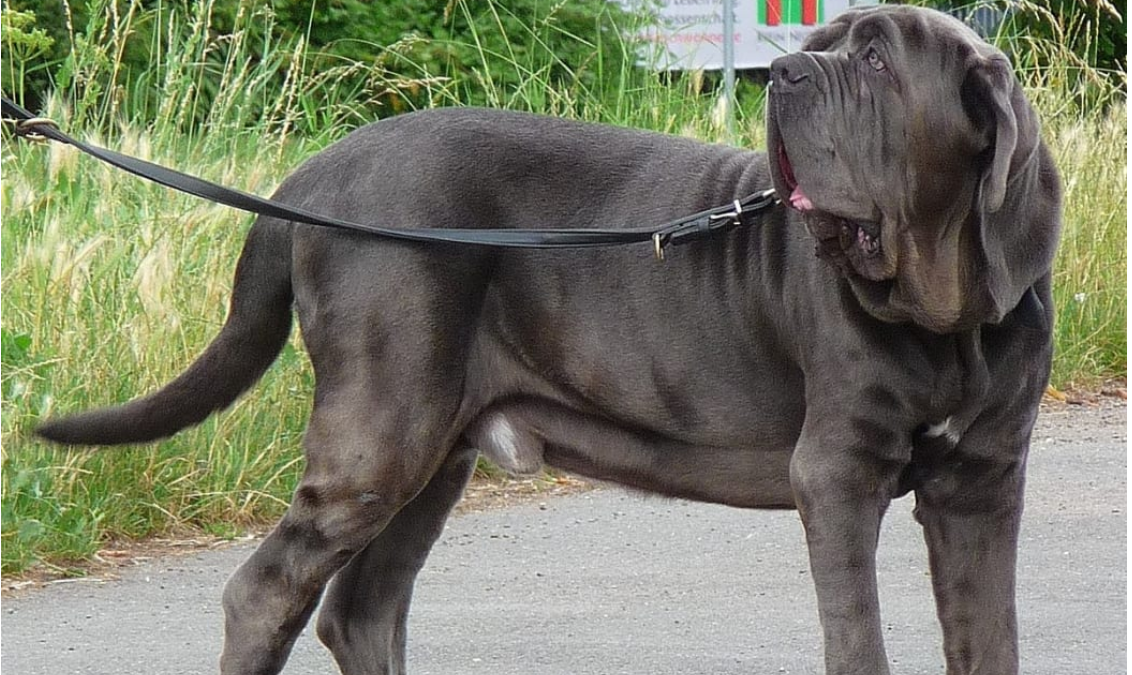 A neo mastiff dog. Photo: Wikimedia (file)
Twenty-five neo mastiff crosses and bulldog crosses have been rounded up at a Northland property where a man was killed in a suspected mauling.

The Far North District Council said it can't be sure exactly how many dogs remain on the loose.

The man was found at a rural property in the northern Hokianga community of Pānguru yesterday, and police reported shooting one vicious dog on arrival.

The council's general manager of district services, Dean Myburgh, said traps were being used to round up the remainder.

"Our animal management officers have rounded up approximately 25 dogs and those are being held in our animal shelter just outside Kaitaia," he said.

It's believed three dogs escaped and were still on the loose, but Myburgh conceded that number was a guess.

Exactly how many dogs were at the property to begin with was unclear, or whether they belong to the man who was killed, as they weren't registered, he said.

"We don't have an exact number so we are endeavouring to retrieve those dogs or assist the police in the retrieval of those dogs. Then we'll have a much better picture of exactly how many dogs there were on site.

"We think we've got most of them but there could be a few on the loose. Those are the ones we're hoping to see returned to the house."

Only about 96 people live in Pānguru.

Kaikohe-Hokianga ward councillor Moko Tepania said it was an "extremely worrying" and "tragic" situation for the tight-knit community.

"This is extremely horrific and I really do feel so much aroha for Runaruna, which is a community just out of Pānguru.

"All of North Hokianga are an extremely tight-knit community and this is just something you'd never want to happen in your area."

Tepania feared for tamariki wanting to play outside while dogs were still on the loose.

He explained the area was "about as rural as you can get" and surrounded by hilly, thick bush, which has complicated the search for the dogs.

Puketawa Road was a 10km-long metal road "just a little bit of an upgrade from a goat track", he said.

"It is a well used road but it is extremely rural. It's surrounded by bush and mountains and rivers. So if these dogs had gone to ground then until they come back it could be a real struggle to try and locate them."