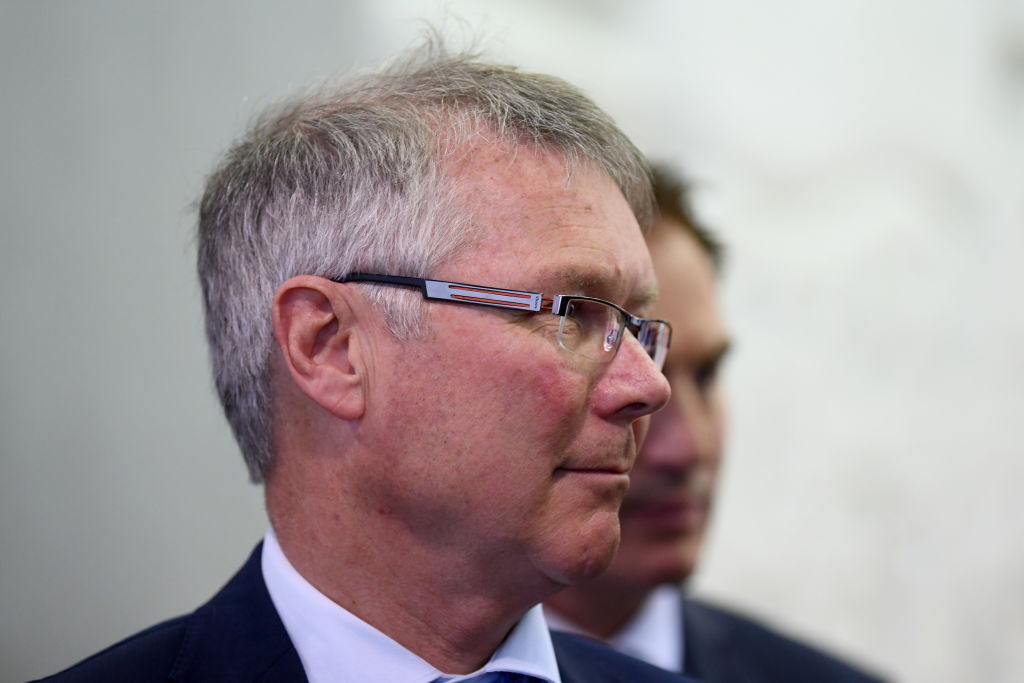 Parker and Prime Minister Jacinda Ardern have fronted at a weekly post-cabinet press conference, detailing projects that will bypass the Resource Management Act.

Earlier at today's conference, Ardern said she had a "positive and warm" phone call with US President-elect Joe Biden and invited him to visit New Zealand.

In June, the Government announced it would fast-track 11 road, rail and housing projects so work on them could begin as soon as possible.

The three private jobs were all "big projects" and, if approved, would come under recently passed legislation that didn't compromise environmental outcomes, Parker said this afternoon.

That law had three avenues by which projects can be fast-tracked.

Ardern said housing developments that could be fast-tracked would be triggered by developers coming forward. Parker added that there had been a constant stream of such applications, including retirement homes.

He said the 200 permanent jobs that the three projects could lead to were mostly linked to the factory.

Ardern told media the call to Biden had included conversation about coronavirus.

"We discussed Covid-19 and the President-elect spoke positively about New Zealand's response to the pandemic," Ardern said.

"I offered to him and his team access to New Zealand health officials in order to share their experience on things we've learnt on our Covid-19 journey."

She said they also discussed climate change, including his goals by 2050, the Pacific region and trade goals.

She said Biden wanted to "reinvigorate" the US-New Zealand relationship.

Ardern added that combating Covid-19 will take a joint and global effort, and while New Zealand had many advantages in keeping communities free of the virus, it also successfully used practices such as successful managed isolation and quarantine.

She didn't say whether she had been invited to the White House.

Asked if she discussed Donald Trump, she said the conversation looked to the future and common interests including trade.

"From the statements made publicly by the President-elect that the number one priority was the response to Covid-19. He spoke very favourably about what he'd seen happening in New Zealand."

She said Biden also had an interest in the Pacific, speaking of his time his uncle served in the war in this region and his interest that the US is engaged "across the world but particularly here".

"I detected a huge amount of enthusiasm for the relationship we already have, but the potential for that relationship too."

She noted she had already recognised the electoral outcome in the US and the phone call was a follow-up to that.

She said she had used the term "reinvigorate the relationship" to characterise the substance of the phone call.

Ardern said she invited Biden to visit New Zealand. Biden has already been invited to visit Australia for the anniversary of ANZUS.

"He spoke of his fond memories of visiting New Zealand years ago. He was very pleased to be invited to come back here."

She said this would help cool down the housing market, where prices have risen 20 per cent in a year.

Davidson said a wealth tax needed to be on the table or the "massive divide between the haves and the have nots" would only get wider.

"I have said the same thing on this policy no less than probably 50 times. I have ruled it out," Ardern said on the campaign trail.

"Asked if she discussed Donald Trump, she said the conversation looked to the future and common interests including trade" so they did discuss him, did they also discuss how biden isn't the president yet, how votes are being recounted etc etc and once all the legal votes are counted only then will he get to see if he is president or not.