Will of slain officer disputed 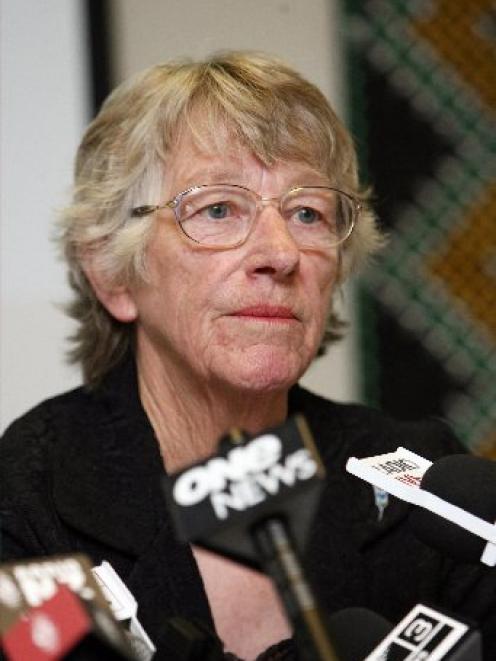 Beverley Lawrie. Photo by NZPA.
A bitter dispute has developed over the will and $2 million fortune of murdered undercover police officer Don Wilkinson.

His adoptive father, Ron Wilkinson, has been left everything - leaving his mother, Beverley Lawrie, of Oamaru, without a cent.

The two have been separated since 1983.

In a North & South magazine article published today, Ms Lawrie and other family members and friends say Don Wilkinson and his mother were close, and he would not have wanted her left with nothing.

Don Wilkinson wrote his will at a Public Trust office in Christchurch in September 1985, when he was 23, before going to work in the Antarctic.

Then, his assets were two guitars and a second-hand car.

Two simple lines bequeathed "the whole of my estate both real and personal" to Ronald Charles Wilkinson.

But Don Wilkinson was a frugal, single man with no children, and by the time he was killed, his estate had grown to $2 million - his $900,000 property at Helensville, northwest of Auckland, $70,000 in cash, some investments and a six-digit payment from police insurance and superannuation.

Lawyers say nothing can be done now.

Under the Family Protection Act, potential claimants have 12 months after a will is probated to bring a claim.

But Ms Lawrie said she spent the year after her son's death trying to survive - mourning her son, weathering publicity and dealing with the killer's arrest.

Wilkinson was killed two years ago when he was chased and shot down by suspected P dealer John Skinner in Mangere East.

Wilkinson had been trying to attach a tracking device to Skinner's vehicle.

Skinner was jailed for least 15 years for murder; his friend Iain Clegg received a minimum four years' jail for manslaughter.

"Don was a 47-year-old police officer, not a 15-year-old handicapped child. He left a will and it was adhered to."

He has reportedly refused to respond to a lawyer's request or the family's plea for mediation.

Ms Lawrie said yesterday it was an insult to her son's memory.

"Don would be horrified; he'd just be absolutely horrified," she said.

"It [the will] was just slapdash because he was off on a big adventure ..."

She said efforts to talk to her ex-husband had fallen on deaf ears.

"If it had been me, I'd have given him half of whatever."

Ms Lawrie (69) owns a freehold home in Oamaru, surviving on a pension and the odd day relief teaching.

She has not paid her rates since her son's death - she says he always paid them.

She said her son's friends text and phone her often, affectionately calling her "Ma Bev".

"They have been absolutely wonderful," she said.