Woman concussed in fall while rescuing cat from tree 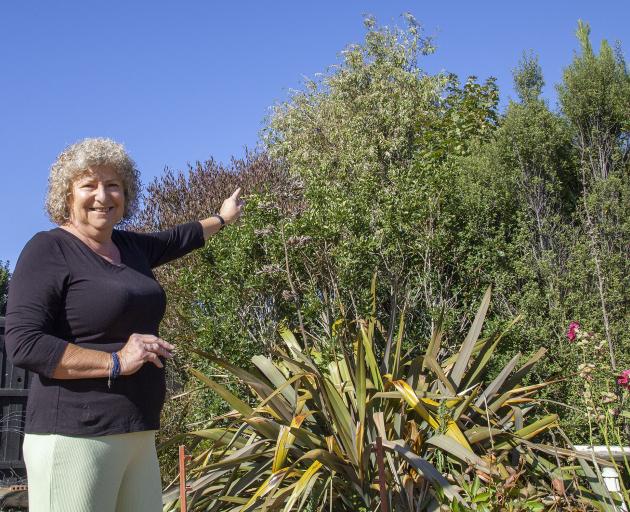 Liz Platt fell from this ribbonwood tree in her backyard trying to rescue cat Max. Photo: Geoff Sloan
Max has no injuries after being stuck high up in a tree, but the same can not be said of his human rescuers.

The 13-year-old fluffy tabby was chased by dogs that were visiting at his West Melton home, taking cover at the top of a ribbonwood tree in his backyard.

His owner Liz Platt, and then the fire brigade, responded to his yowls for help. Platt was left with concussion, while one of the firefighters sustained claw marks to his arm.

The incident began on February 14, when Platt had four dogs and their owners over for a play date. Max was sleeping away the afternoon in bushes in the backyard when the dogs sniffed him out.

Platt said she saw some sort of commotion in the bushes, before Max escaped and ran up the tree.

Once everyone had left for the afternoon, Platt applied herself to coaxing Max down. However, he appeared wedged between two branches at the top, more than 4m up. As Max meowed for help, she was concerned for his welfare, particularly with his renal failure condition.

“He wouldn’t have done too well if he had been stuck up there overnight,” Platt said.

Platt put a ladder against the tree and climbed up.

“I don’t know what I was thinking,” Platt said. 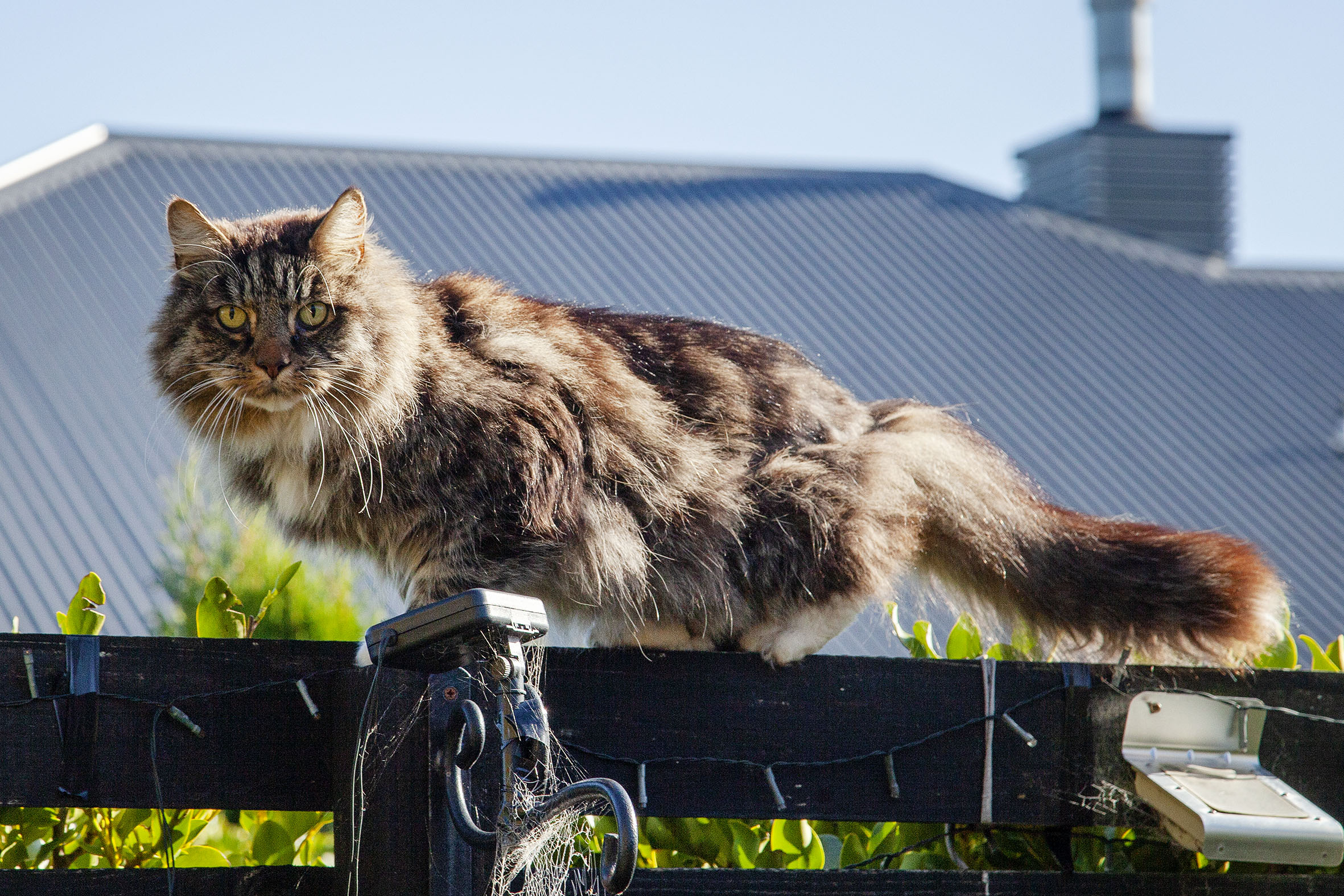 Max does not like firefighters, over-friendly dogs, or photographers. Photo: Geoff Sloan
The ladder moved sideways and she held on to branches as her feet slid off, then she lost her grip. She hit her head along the trunk of the tree as she slid down, before falling the rest of the way to the ground.

“And the cat didn’t move, the cat just looked at me, no concern shown whatsoever,” Platt said.

She phoned the West Melton fire station. Soon a fire appliance and several firefighters were on the scene.

A couple of the firefighters climbed on top of a nearby fence to access the tree. Firefighter Tim Morris got to the top. He managed to extract Max, who was hissing as he was passed downwards, ultimately into the grasp of firefighter Bryan Saywood on the ground.

“He stabbed me on the way out,” Saywood said, explaining he was left with claw marks on his left arm as Max launched off him and ran away.

Platt thanked the firefighters before searching high and low for Max, finding him about one hour later, about 5.30pm, hiding under her bed.

Platt is recovering well after the ordeal, taking one week off work on doctor’s advice after she was diagnosed with concussion the following day.

She said Max was a little traumatised after the ordeal, but otherwise well.

Max was up to his antics again late last week. He wrenched himself from Platt’s arms, scratching her finger and taking off over the fence, when the Selwyn Times visited.