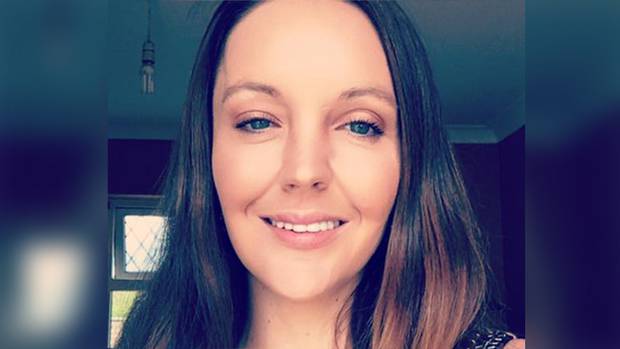 Irish woman Grainne Kealy had her feet on the dashboard when the vehicle she was in, which was travelling at less than 50km/h, lost control going over black ice and crashed into a wall in the Irish town of Borris-in-Ossory.

The airbag propelled Kealy's knees into her head, breaking nearly every bone in her face and leaving her without a forehead for two years.

More than a decade on, the now 36-year-old is still suffering physical, mental and emotional repercussions from the crash.

Talking to The New Zealand Herald, Kealy begs Kiwis ahead of summer, when people are more likely to relax, to not put their feet on the dashboard.

"I was one of those people who had my feet up. I thought I was going to be more comfortable," she said.

"I was with a man who was an extremely safe driver, we had seat belts on, the radio wasn't high. I was one of those people who thought 'it'll never happen to me'. And it did and my life will never be the same.

"The only thing I can hope for people is to learn from my mistakes and don't take the risk. You just don't know. You can't control every car on the road or the conditions around you."

Since the crash in December 2006, Kealy has had 16 operations and still suffers numerous problems because of her injuries.

The consequence of her actions caused a lot of emotional trauma for the driver.

Kealy is now asking drivers to remind passengers to keep their feet down - because an injury may leave them scarred for life.

"Just no. Don't allow any passengers to have their feet up. I've seen celebrities do it. You see it in films too. It's heartbreaking.

"My ex struggled for a long time because he was the driver. I would never want any driver to be responsible for that happening to someone because it's soul-destroying." 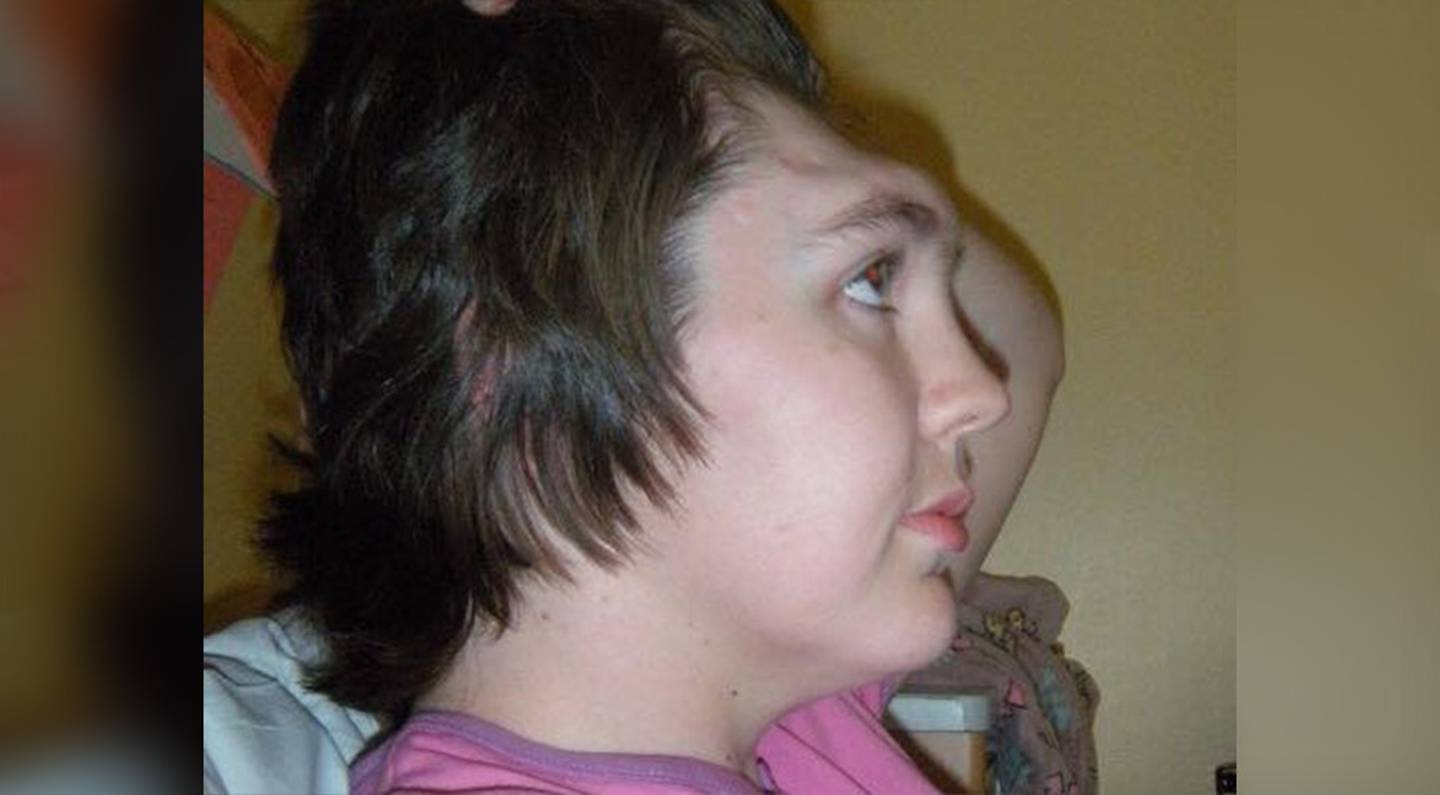 Gráinne Kealy was left with no forehead for two years. More than a decade on, she's still suffering physical, emotional and mental battles from the incident. Photo: Gráinne Kealy
YEARS OF RECOVERY: THE EMOTIONAL AND MENTAL STRAIN
Two years after the horrific injury, Kealy was fitted with a new ceramic forehead.

She also suffered a brain injury, which has affected her ability to remember certain words while having a conversation.

She continues to undergo surgeries on her face, revealing how she recently had fat grafts to repair issues with the ceramic forehead plate.

But it isn't just the physical toll the crash has had on Kealy. She says she has spent more than a decade disliking the way she looks and is now on anti-depressants. 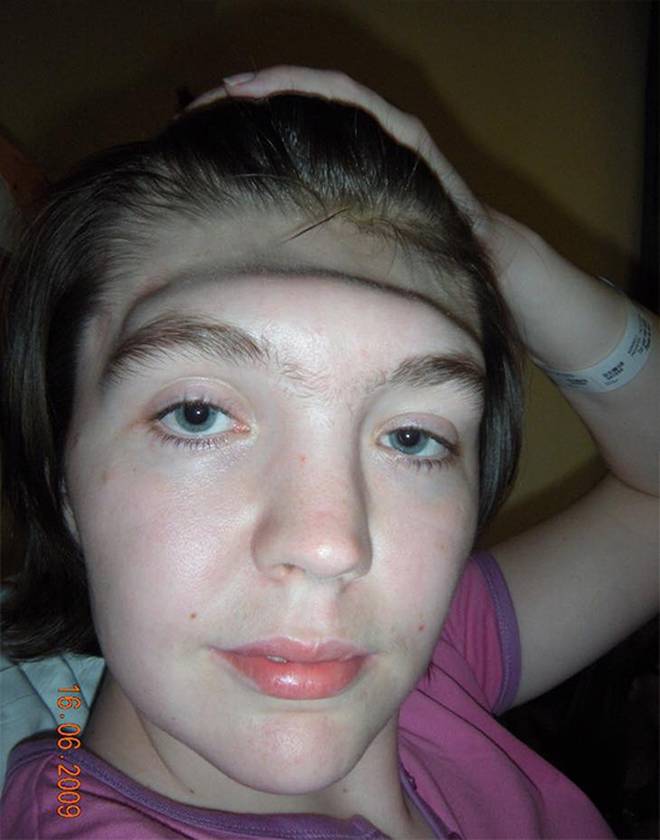 Gráinne Kealy suffered horrific damage to her forehead after a crash that forced her knees into her head. Photo: Gráinne Kealy
She was unable to work for a lengthy period and says the emotional and mental toll the crash has had is like a life sentence, something some people don't think about when they'have a crash.

"Everything that could have gone wrong went wrong. I got an infection after surgery and that knocked me back so far.

"When I got my new forehead put in I had minor surgeries and adhesions and gallstones from all the medication. It was one big domino effect. I'm still recovering more than a decade on. I even had surgery last October.

"I woke up not recognising my face. The complications with the infections and having regular surgery to change my face... if I'm honest I'm still not used to it.

"I was on anti-depressants, and I'm proud to admit that. The change in facials really impacted me. I don't like looking at my face. The surgeons did a fantastic job but it's a constant reminder. I hadn't had a mirror in my house for years. 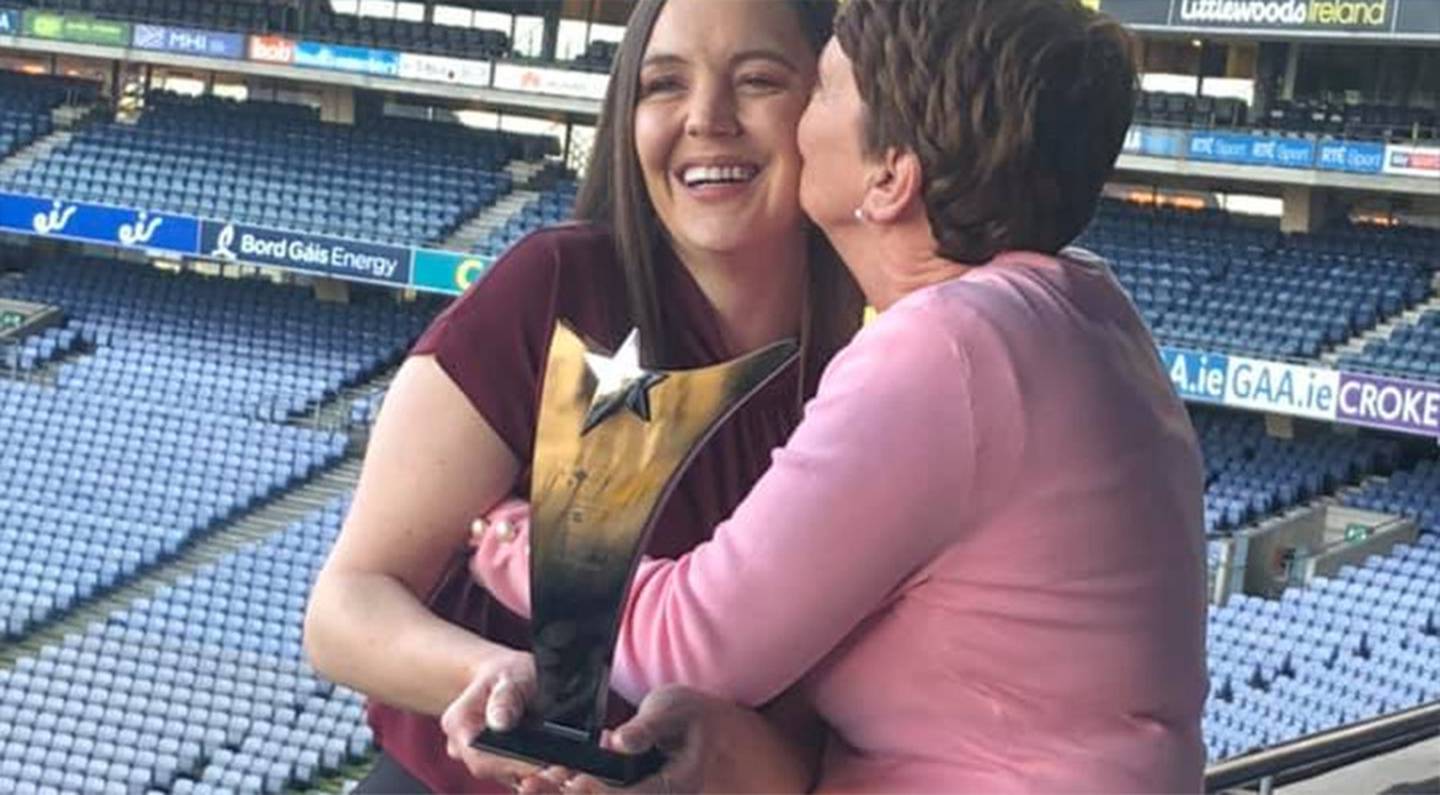 Gráinne Kealy pictured with her mum Agnes after getting her award in Croke Park. Photo: Gráinne Kealy
"Mentally and emotionally the impact of the injuries took its toll. People forget the strain a life-changing injury can have.

"I was very angry for a long time.

"I just can't emphasis enough how much it's changed my life and how it's just not worth the risk. I never thought I would be in this situation. Not in a million years. Please, just be safe."

Kealy has since been honoured for her efforts to warn people of the dangers of sitting with feet on the dashboard.

The Irish Road Safety Authority gave her a Leading Light award - the Gertie Shields supreme award at a ceremony in 2019.

Kealy hopes to continue telling her story to teens around the world, saying "if me telling my story can save a life from being ruined then it was worth going through".