Banks gets to stay in Parliament 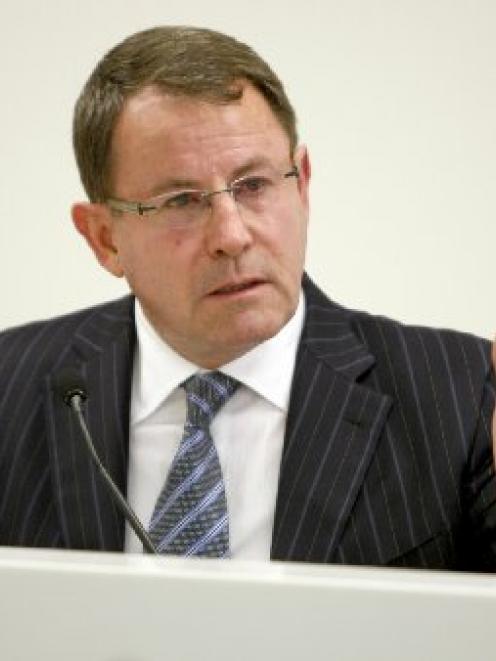 John Banks.
Found guilty of a campaign finance rort, Act's last man standing in Parliament John Banks gets to stay there until it rises for the election, avoiding the ignominy of being one of the only MPs to lose their place in the House over a serious criminal conviction.

But Opposition Leader David Cunliffe says Justice Edwin Wylie's decision to leave the issue of a conviction that would force Mr Banks out of Parliament until after it rises leaves Prime Minister John Key's Government propped up by a "rotting political carcass".

However, he must be convicted to trigger his removal.

In his decision Justice Wylie did not enter a conviction and Mr Banks' lawyer David Jones QC said there would be an application for Banks to be discharged without conviction at his sentencing on August 1.

Senior Cabinet Minister Gerry Brownlee pointed out Parliament is scheduled to rise the day before on July 31 for the election in September.

Any questions about Mr Banks' status in Parliament until then needed to be directed to Speaker of the House David Carter.

"But as I understand it he is not convicted therefore can remain in Parliament and exercise his vote."

A spokesman for Mr Carter said that until the August 1 hearing, "there is no change to Mr Banks status as a member of Parliament".

Whether Mr Banks had been immediately convicted and ejected from Parliament or not makes little difference to the stability of the Government, which would retain a majority anyway with United Future and the Maori Party.

Speaking to reporters in Niue yesterday Mr Key refused to comment on Justice Wylie's decision to park the issue of a conviction. "That's a matter for the judge, all I can do is note that he's done that".

Despite Opposition calls for Mr Banks to resign his seat immediately, Mr Key said he still stood by the former Act Leader.

"In the end, Mr Banks may appeal, I don't know the details of that but in my experience of dealing with him over the period of time that he's been both the leader of the Act Party and in Parliament and in my previous dealings with him, I've always found him to be very honest."

Mr Cunliffe said Justice Wylie's decision to leave sentencing and the issue of conviction until after Parliament rose was "unusual".

"One might be saying that perhaps they are taking a cautious approach in light of uncertainties on the impact on the Parliamentary process and maybe they've been helped to that conclusion by representations from counsel."

But for the next five weeks, New Zealanders who saw Mr Banks in Parliament were going to see "a person who is guilty of electoral fraud and they are going to know that this Government is being propped up by a rotting political carcass who has lost all moral legitimacy".

He didn't believe the affair had damaged Act's brand.

" I don't believe Act politicians are notably corrupt people... people understand that these events took place when John wasn't a member of Act".

But Mr Cunliffe said Dr Whyte's comment would indicate he was in "fantasy land except for the fact that Jamie Whyte proposed making life safe for incestuous couples as a policy priority, so you wonder how much more they could possibly mutilate their brand as it is, but I think Act is finished."

Surrounded by media outside court yesterday, Mr Banks said: "There's a wonderful 1930s song 'Onto every life some rain must fall', and for me the rain's still falling".

"We were hoping that it would become a very sunny day. We are disappointed with the verdict. We are surprised with the result and now we will come back here on August 1 and I've talked to my legal team, David Jones, QC, about options that I have going forward.

"In the meantime, thank you very much for your interest."