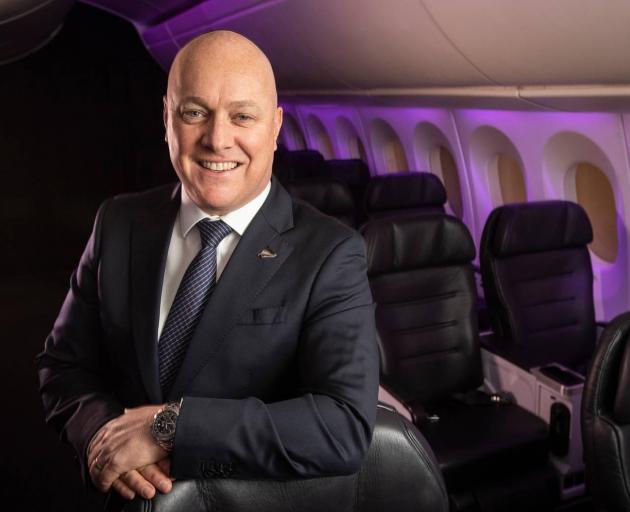 Former Air New Zealand chief Christopher Luxon has put his name up to be the National Party candidate in the Auckland seat of Botany, according to reports.

Luxon's future with National has been the subject of much speculation since he said in June that he would leave Air NZ at the end of September.

He had previously indicated he was interested in a future in politics, and his natural political home would be the National Party.

1News reports Luxon had confirmed he would be putting himself forward as the National in Botany from 2020.

The seat is a safe blue seat, but is currently held by independent MP Jami-Lee Ross, who resigned from the party in a fiery and public falling-out with leader Simon Bridges last year.

Luxon in June told Newstalk ZB that he was not "John Key 2.0", but added that the former Prime Minister and Air NZ board member had encouraged him to stand for National.

The speculation escalated when Christchurch businessman Steve Brooks took out a half-page ad in the Herald featuring an image of John Key morphing into Luxon, and hashtagged #LUXON2020 and #NATIONAL2020.

National leader Simon Bridges had a chat with Luxon at the end of June but was not actively courting him.

He wouldn't say if he had initiated the call.

"I didn't over analyse that part of it ... You know how many calls I do a day? We might be calling 50 or 60. I don't think a whole lot about who rings who. I appreciate how exciting it is to you, but that's not uppermost on my mind.

"Chris is a talented guy, he's had a distinguished business carrier. He's a good guy. Now it's a case of waiting to see what happens."

Asked whether Luxon would make a good party leader or Prime Minister, he said: "Let's see what happens. Let's be fair to the guy and let's see if he gets to Parliament first."

Luxon was the chair of the business advisory group that advises Prime Minister Jacinda Ardern, and Ardern was happy for him to continue in that role until he left Air NZ.

She has said she had no concerns about whether Luxon might run for the National Party in the future.

"Obviously he has a role still to fulfill at Air NZ and I imagine his mind will rightly be on that through to September," Ardern said.

Keys puppet - he alludes to that himself.