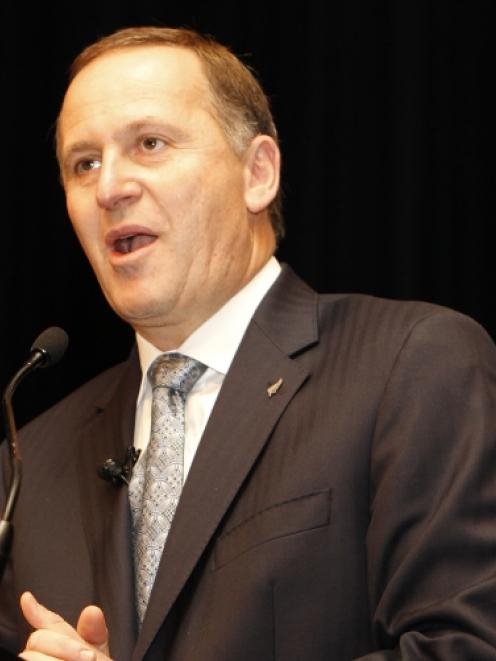 John Key
Prime Minister John Key says major companies such as Fonterra have been asked not to exploit the gap left by other countries' trade sanctions on Russia because to do so would be a "terrible look" for New Zealand.

Before leaving the G20 summit in Brisbane yesterday, Mr Key also joined his voice to those of other leaders to confront Russia's President, Vladimir Putin, over Ukraine and the downing of the Malaysia Airlines flight.

Mr Key said he had spoken to Mr Putin during the summit's leaders' dinner when he was seated two down from the Russian leader. He said the conversation was largely an exchange of pleasantries but he reminded Mr Putin two New Zealanders were killed on MH17.

"I just said we are deeply concerned about the situation, we are very unhappy about the fact blame can't be formally apportioned and therefore responsibility taken. The advice we've had is that it's not possible to access the site due to the ongoing conflict."

Asked what Mr Putin's response was, Mr Key said: "He didn't say much."

Mr Key also revealed that although New Zealand has not officially imposed trade sanctions on Russia, government officials had called in Fonterra and other companies to ask them not to exploit the gap left in the Russian market. Mr Key said it was made clear that would be a terrible look for New Zealand -- and while the Government could not stop them doing so, he believed they were acting responsibly.

Fonterra general manager of trade strategy Robb Stevens yesterday confirmed the Government "has asked agricultural exporters, including Fonterra, to show restraint and not take advantage of the restrictions imposed on other nations".

Mr Putin was the pariah of the G20 as leader after leader spoke out against him and sometimes criticised him to his face. A spokesman for Canada's Prime Minister Stephen Harper told CBS that when Mr Putin approached Mr Harper at the leaders' retreat, Mr Harper had responded with: "I guess I'll shake your hand but I have only one thing to say to you: You need to get out of Ukraine."

Australian Prime Minister Tony Abbott accused Mr Putin of trying to relive the "lost glories of tsarism and the old Soviet Union", while Britain's David Cameron said Mr Putin was putting on a show of machismo by deploying Russian warships towards Australia, pointing out no other leader felt the need to do so.

Mr Key said he was not surprised other leaders had expressed their views to Mr Putin so forthrightly, but he denied New Zealand's lack of sanctions was undermining the message sent by other Western nations.

The leaders released a communique detailing a plan to boost global GDP by more than $2 trillion over five years by investing in infrastructure and increasing trade.

By Claire Trevett of the New Zealand Herald