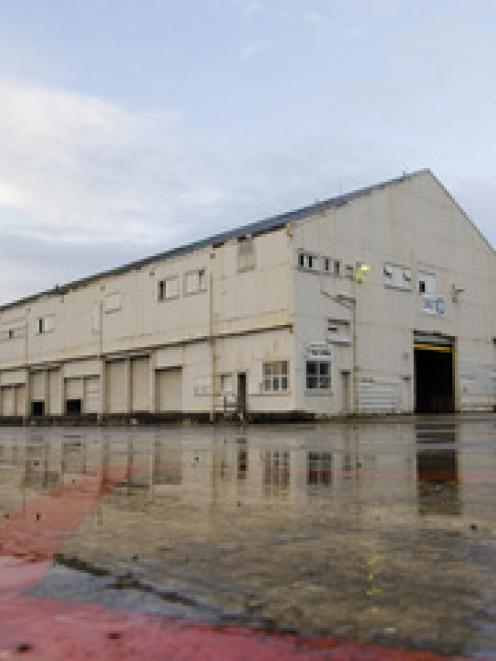 Queen's Wharf
The day after Auckland City Council voted on a $84 million plan to revamp Queen's Wharf for the 2011 Rugby World Cup a dispute is brewing over how it will be funded.

Any decision about funding will have to be signed off by an board charged with overseeing Auckland's transition to a single "super city".

The New Zealand Herald newspaper reported that the city council approved a plan to convert two 97-year-old dock sheds into "magic spaces" which would be the focal point of the upgrade.

The plan is to turn the eastern shed into a cruise ship terminal in conjunction with a live site on the ground floor for World Cup events.

The western shed would have a more basic upgrade for use during the rugby tournament, and would be converted afterwards to another use, such as a new home for the Auckland Theatre Company.

The council opted to restore the two 1912 cargo sheds instead of building a basic terminal for $112.8 million, an "iconic" terminal for $144 million or a basic cup fan zone for $52.1 million.

The $84.3m has been included in the council's long-term budget, but it will be paid by all Aucklanders when the Super City takes over next year.

The Government and the Auckland Regional Council each paid $20m to buy the wharf from Ports of Auckland, so the city council's proposal takes the total cost to just over $124m.

"We've assumed that government are going to come to the party, there have been some discussions with the government would be in for 35 percent we don't even know that for sure," he said.

"We may not be getting an upgraded wharf."

However the responsible minister Murray McCully said they should not hold their breath.

"I've certainly not given them any comfort in that respect. The point I make is we've already made a significant commitment. We sought to be a catalyst in this development, we put $20m on the table, we're not looking for further opportunities to invest at this point."

Mayor John Banks told Radio New Zealand he was optimistic a way would be found.

"I am quietly confident of raising all the cash to do a sensible development."

It was early days and figures were yet to be finalised.

"We've put aside a guestimate of $84 million to restore the classic 1912 warehouses, and upgrade the wharf and secure it. So we don't know, we hope the figure is south of that.

Mr Banks said the development was for future generations as well as for the rugby world cup.

"We'd be leaving it a long time to property developers if we asked them to spend $18m on strengthening Queen's Wharf at the bottom of the CBD so we can open up the waterfront for the public. I mean there simply isn't a commercial return there."

Mr Banks said the super city transition body had to sign off any spending over $20,000 so that approval would be needed.