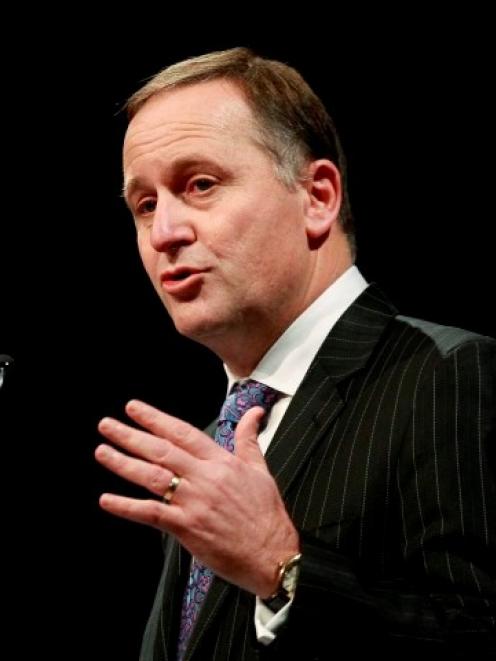 John Key: 'You don't go into politics and become either a minister or a prime minister, or even a backbencher, because you are there for the money.'
Prime Minister John Key says Parliament may change the law on how MPs' pay rates are set in the future, but he won't turn down a pay rise expected today.

He told reporters this morning that he wrote to the Remuneration Authority early this year urging it not to give MPs a pay rise at all this year, but the authority had given them a pay rise anyway. Details are due later today.

"What I think the Remuneration Authority should do, if they are going to give a pay increase to MPs, is I think they should point to the law and tell us what in the law is driving the sort of increases that they want to give MPs, and then we should go away and consider whether we think that law is appropriately set," he said.

"In my view it's quite clear that inflation is low, that MPs are by any measure well recompensed, and against that the Remuneration Authority has had the view that ministers are a long way away from chief executives and to other senior people in the private sector.

"That's true. There's no question that there are plenty of chief executives who earn a lot more than I do. But you don't go into politics and become either a minister or a prime minister, or even a backbencher, because you are there for the money, and if you do you are there for completely the wrong motivation, so I just don't think that's a relevant comparison in my view.

"So I'll be interested in the Remuneration Authority telling us actually what's driving it, and we might have a look and see if we can change that."

However, he said it would not be practical for MPs to turn down today's pay rise.

"The money turns up in your account. You could say, 'Well, you could write a cheque or donate it or give it back', but it's just not that practical across 121 MPs," he said.

"What do you do when you get to the next year, and they give you another pay increase? Do we take that one and not the other one?"

Although he said MPs' pay should not be linked to private sector chief executives, he did not yet know what a better system might look like.

"Minimum wage workers got 50c an hour and many of them don't get a guaranteed 40 hours a week - in fact many are on zero-hour contracts and aren't guaranteed any hours.

"New Zealand needs to get its priorities right. Those working what are often tough jobs as minimum wage employees in hospitality, cleaning and fast food companies, who are also often working for some of the biggest companies in the country, deserve a better deal."