Kris Faafoi. Photo: NZ Herald
Cabinet Minister Kris Faafoi says he has apologised to the Prime Minister over his mishandling of an immigration matter.

Prime Minister Jacinda Ardern says she has confidence in her minister and that his dealings with friend and Opshop singer Jason Kerrison did not constitute a conflict of interest.

"I have apologised to the Prime Minister and understand I have let her down in regards to my dealings with Jason Kerrison over an immigration matter concerning his family," Faafoi said in a statement this afternoon.

"I know I need to be more upfront in the future about what I can and can't do if I'm approached for help.

"I was contacted by Jason, who is an old family friend, to see if I could help him with his step-father's immigration case.

"Rather than telling Jason straight away I couldn't do anything to help him, I said I would look into it; as MPs are allowed to do in these cases.

"I made contact with the Associate Immigration Minister's Office to seek advice on the appropriate process. They told me to refer him to his local MP and that I could write a support letter.

"Following that conversation I told Mr Kerrison he needed to talk to his local electorate MP and I called Matt King to let him know about the case.

"I contacted Jason's mother to offer to write a supporting letter, as I had been advised I could, and got some more details for the letter. However, I never wrote the letter.

"I stupidly created an impression through my messages that I was following up on it when in fact I wasn't. I was uncomfortable with him messaging me pretty regularly on it and you can see I stopped responding to his texts.

"In hindsight I should have just been clear and told him I couldn't help and just to deal with his local MP. But aside from checking to see what the proper process was for me to follow I took no other actions, and specifically took no actions to advance it, influence it, or advocate for it.

"I acknowledge this is messy and you could read other meaning into my messages. But I can hand on heart say I wasn't doing anything to advance the case, and the messages just reflect me not wanting to let a mate down. In hindsight I should have been clearer with him.

"I've apologised to the Prime Minister and understand I have let her down. I know I need to be more upfront in the future about what I can and can't do if I'm approached for help."

Ardern said Faafoi should have deal with the issue in "a much clearer manner".

"I've made my views on that very clear to him."

She said Faafoi was not Associate Minister of Immigration at the time, and he had no ministerial responsibilities for immigration matters.

"Once Kris decided to direct Jason Kerrison's request to another MP to progress, Kris should have brought the communications to an end and told Mr Kerrison directly he couldn't help any further.

"While Kris' communication didn't have the clarity I expect, the Minister has assured me he never actually took any actions that sought to influence the case.

"Given that, this is not a case where the Minister has failed to manage a conflict of interest appropriately. But as the Minister has acknowledged, his texts created an unhelpful impression that there was some influence he could bring to achieve a favourable outcome.

"While it may be more comfortable for Ministers to give the impression they are helping, I would rather they were upfront and tell people if they can't assist and give them the reasons why, and point them to someone who can help.

"I've told Minister Faafoi I expect better from him." 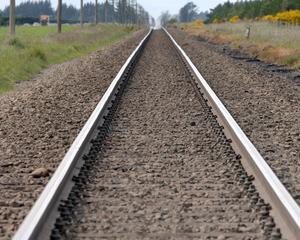 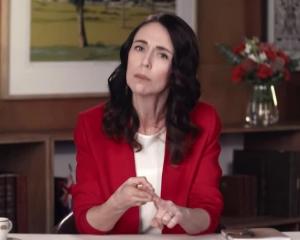 look after your mates.