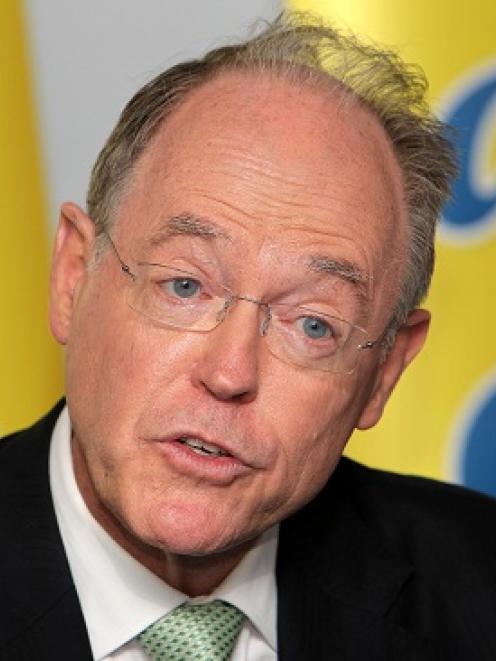 Don Brash
The biggest donor to Act New Zealand says he gave the money to Don Brash and John Banks so they could stop special treatment for Maori who were "either in jail or on welfare".

In an extraordinary interview with the Weekend Herald, Louis Crimp, of Invercargill, said he believed he had the support of Mr Brash, Mr Banks and other "white New Zealanders".

Mr Crimp made the largest financial contribution to Act for the 2011 election with $125,520.

His comments have been met by revulsion from Maori Affairs Minister Pita Sharples.

But Act last night affirmed Mr Crimp's right to have his say - and welcomed future donations if he was inclined to make them.

Mr Crimp, a multimillionaire businessman, said he was inspired by Dr Brash joining the party because of the controversial 2004 Orewa speech.

"I supported Act because I thought Brash would go along the way for Maoris to be treated like equal New Zealanders . . . they don't get any more than a normal New Zealander and we're all the same.

"The money I gave was to get Don Brash in to go with his things about the Maori. I know white New Zealanders want the Maoris to be treated like ordinary New Zealanders."

Mr Crimp (79), said he had met Mr Banks within the past few days and was encouraged he would pursue the same goals.

Act should have taken a harder line on Maori during the election even if it led to public outcry, Mr Crimp said.

"All the white New Zealanders I've spoken to don't like the Maoris, the way they are full of crime and welfare."

He had asked Dr Brash why questions about special status for Maori were not pursued harder during the campaign.

He said he was told the issue had been campaigned on but had been ignored by the media.

The campaign came after the Rugby World Cup, which showcased Maori in a way Mr Crimp opposed.

"It was an embarrassment at the Rugby World Cup, [Maori] coming to shore in canoes, with hardly any clothes on, waving spears and poking their tongues out, all painted up."

New Zealand was poorer because of Maori claims, welfare, language revival, television and crime, he said.

He said he had met Mr Banks a few days ago and complained about the cost of Maori TV.

"He agrees and so does Brash but somehow or another it didn't get across to the public."

Asked if his political views could be labelled racist, he said: "I don't give a stuff what I'm called. You have to look at the facts and figures. This is the problem with New Zealanders.

Most of them dislike the Maoris intensely - I won't say hate - but they don't like to say so."

Dr Sharples said Mr Crimp was "out on his own ... this guy - where does he get off?"

He said Act MPs were people he had worked with well.

"If Mr Crimp told the Act Party that's the reason he's giving them the money, they should have turned him down."

Act president Chris Simmons said he disagreed with Mr Crimp on some areas but respected his right to have a view. The party would take Mr Crimp's money again.

Mr Banks, Act's sole MP, did not respond to calls.