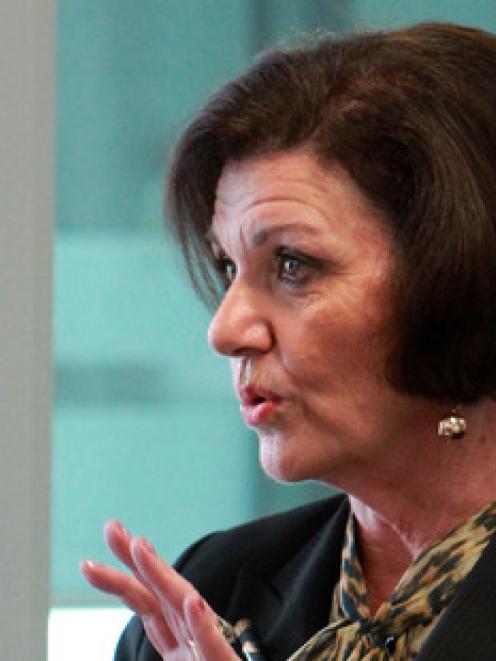 Anne Tolley
Families with children judged to be "at risk" will be funded to get extra health, education and counselling services under radical new child protection reforms announced today.

An expanded child protection agency with a broader remit than the current Child, Youth and Family (CYF) will get extra funding to "directly purchase services for young people from other government agencies, district health boards, non-government organisations and other specialist service providers to get children and young people the care they need".

The new department has been earmarked to spend $1.3 billion a year by 2019-20 to support up to 230,000 children. Cabinet papers and the report by an expert panel led by Dame Paula Rebstock show its budget would be about $524 million a year higher than the CYF's current $783 million budget.

The panel recommends that most of the extra cost ($421 million) should be taken from the existing budgets for Health, Education, Corrections and Work and Income. That would leave a net increase in total spending of $103 million a year, a 13% increase on CYF's current budget.

Cabinet papers say the new department's target group has not yet been worked out exactly, but could be up to one in every five children.

A fact sheet issued by Social Development Minister Anne Tolley said the new agency would be "a single point of accountability so that one agency is responsible for the long-term welfare of these vulnerable children and young people, rather than funding and services being scattered across multiple agencies".

It said the new model would be similar to the Accident Compensation Corporation, which can buy health services from state and private hospitals to get immediate treatment for accident victims.

"Specialist services such as counselling, trauma, psychology, education and health will be able to be purchased on behalf of the child when they are needed," it said.

"This is similar to the ACC model, and means staff won't have to spend time trying to negotiate with agencies to get kids the help they need, and can spend more time working with children.

"Services could be purchased from DHBs, education providers, NGOs, and specialist services such as psychologists. Some of the funding for this approach could be reallocated in future years from relevant departments."

Mrs Tolley said: "It's acknowledged that the new system will require additional funding. The total amount will only become clearer once the detailed work on the operating model is complete, and following a comprehensive look at what funding, if any, can be reallocated from other departments."

Services supporting children in care, and work with families before they need state intervention, will be set up as separate services within the new child protection agency to ensure that the agency does not become preoccupied with investigations at the expense of long-term care - a criticism levelled at CYF by the review panel chaired by Dame Paula Rebstock and by Children's Commissioner Dr Russell Wills.

The new agency will have five separate services:

• Prevention: "Support families to develop stable and loving relationships to avoid young people having to end up in state care."

• Intensive intervention: "A single point of entry for identifying and assessing the needs of vulnerable children, young people and their families."

• Care support: "Focus on getting children into a stable and loving caregiving family at the earliest opportunity."

• Youth justice: "Using an investment approach children with complex needs who offend will be treated as a priority group, and evidence-based services which reduce offending and reoffending will be increased. Where appropriate and with public safety in mind, alternatives will be found for some young people currently remanded in secure residences to reduce the unintended long-term negative impacts this has on them."

• Supported transitions into young adulthood: "The minimum age of state care will be raised to a young person's 18th birthday, with options being developed to allow some young people to remain or return to care up to age 21. Consideration will also be given to having some kind of support in place, depending on needs, up to age 25."

The reforms aim to cut long-term welfare and crime costs. About 87% of children born in 1990-91 who spent time in state care ended up on welfare, and 28% were jailed, before they turned 21.

Put the other way around, more than 60% of all young people jailed before age 21, and almost half of young parents on benefits with their own children by that age, had been notified to CYF for care and protection reasons in their childhoods.

Sixty percent of the 5139 children in state care at the end of 2015 were Maori. More than one in every three (35%) of Maori children born from 2005 to 2007 were reported to CYF before reaching school age, compared with 11% of non-Maori children.

The radical upheaval has been generally welcomed by sector groups.

"If all the recommendations are accepted and implemented and resourced well, we would have a system that is world-leading," he said.

Otago University associate professor Nicola Atwool, who wrote a 2010 report on children in care for previous Children's Commissioner John Angus, said the Government had adopted everything on her "wish list".

"There are no glaring holes from my perspective. "

She  said a plan to fund the new department to buy services for vulnerable children from other state and non-state agencies, in the same way that ACC now buys health services for accident victims from public and private hospitals, would ensure that needy children got help much faster than many did now.

Unicef advocacy manager Deborah Morris-Travers said the review was "the most comprehensive example of Government actively seeking to hear diverse voices, including those of children, and shape systems that respond to what children have said".

"We hope that every step in the implementation of the new system will honour those voices and deliver what it is that children have asked for: to be involved in plans and strategies," she said.

"It's pretty much what we have hoped for in many ways," she said.

"It's great that there seems to be an acknowledgment of the importance of the caregiving role if you are going to provide the best level of care for a child in need, and probably then you have to do that through care of the family as a whole. It's good to see that we are going to care about them and work with them in the context of a family rather than in isolation."

The reallocation of funding from already-stretched health and education services is shaping up as the main battleground for the reform.

"Talk of funding reallocation in the future raises some major flags - taking from other areas, such as health where there is already significant underfunding, is playing with fire," warned Labour children's spokeswoman Jacinda Ardern today.

Labour and the Greens both welcomed other elements of the new plan, including creating a new agency to advocate for children in care and raising the age of leaving state care from 17 to 18, with an option to stay in care to age 21 and with some support continuing to age 25.

"Labour has long advocated for a Children's Ministry, which is what the new entity talked about in the report should become," Ms Ardern said today.

"The recommendation that the age of care be lifted is particularly welcome. Alongside groups like Lifewise and the Dingwall Trust, we have campaigned for this change for years and are delighted the panel has taken that on board.

"However, it should have gone hand in hand with raising the age of juvenile court jurisdiction. Anne Tolley says only that it will be investigated. The proposals contained in the report are long overdue, and the introduction of a youth advocacy service is also welcome."

However, Ms Ardern said the new plan would only work if the Government gave more funding to early intervention, without taking it from areas that were already stretched, such as health.

Green Party co-leader Metiria Turei said the reforms were "promising" but "should not overshadow that there is still an urgent funding crisis in CYFS".

"There aren't enough social workers, they don't have enough time, the carers need support, and families are waiting," she said.

"Reforming CYFs is one part of the solution for families. The families that need help with their kids need a living wage, healthy and secure housing, and access to high quality early childhood and primary and secondary education."