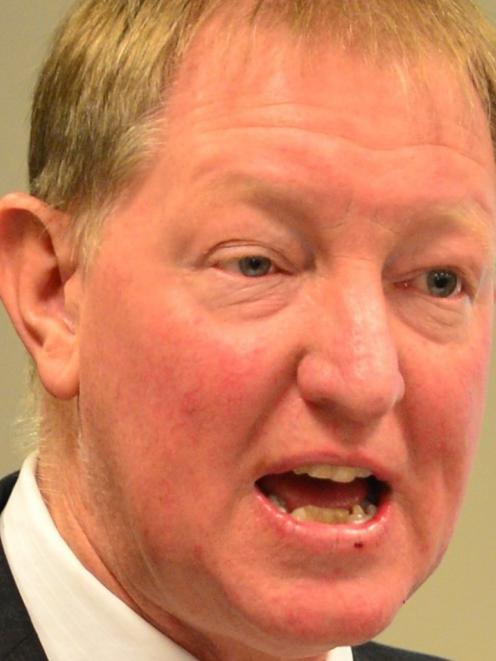 Nick Smith.
Buildings with verandas and other features that could collapse into busy areas will need to be earthquake-strengthened in half the time, the Government has announced.

"We need to heed every possible lesson from the February 22 earthquake in Christchurch," Dr Smith said.

"Falling parts of unreinforced masonry like parapets and facades killed 35 people that tragic day, including every passenger on the Red Bus except Ann Brower. I pay tribute to her fastidious advocacy and professional research that has persuaded us to change the law and prioritise these buildings for upgrade."

The Building (Earthquake-prone Buildings) Amendment Bill was reported back from select committee today.

It includes already-announced changes to how quickly earthquake-prone buildings will need to be assessed and strengthened.

The Government came under pressure to re-examine its proposed rules around earthquake strengthening after people who own older buildings faced huge bills and uncertainty, and groups using heritage buildings predicted they would need to be abandoned or pulled down.

The 15,000 to 25,000 earthquake-prone buildings nationwide that will need upgrading is not expected to change, but the country will be split into zones according to the risk of a big earthquake, and the time frames for assessment and strengthening varied accordingly.

Affected buildings in low-risk areas such as Auckland, Northland and Dunedin will now need to be identified and assessed within 15 years and strengthened within a further 35 years. Heritage buildings can still get a 10-year extension - meaning some buildings may not need strengthening for 60 years.

The time frame will be 10 years and 25 years for buildings in medium risk areas, including Hamilton and Tauranga. High-risk zones such as Wellington and Christchurch will keep the existing time frame of strengthening within 20 years.

Dr Smith said the new category of priority buildings, announced today, would cover those with unreinforced masonry features like a parapet or veranda that could fall into a public road, footpath or other thoroughfare that has been identified by a council as being sufficiently busy to warrant prioritisation.

About 2000 buildings across New Zealand are expected to be included, and the times for assessment and upgrade requirements will be halved.

"We do not want this new priority status being applied to buildings in areas where there are few people being put at risk. Councils will have the task of identifying those areas with sufficient vehicle or pedestrian traffic to justify the new priority category," Dr Smith said.

"Our expectation is that all commonly used retail areas like central business districts will be included."

The Government wants the legislation passed by the end of the year.