New Zealanders are still in the dark about how the Whanau Ora policy will be implemented or funded, Labour acting social development spokeswoman Ruth Dyson said today. 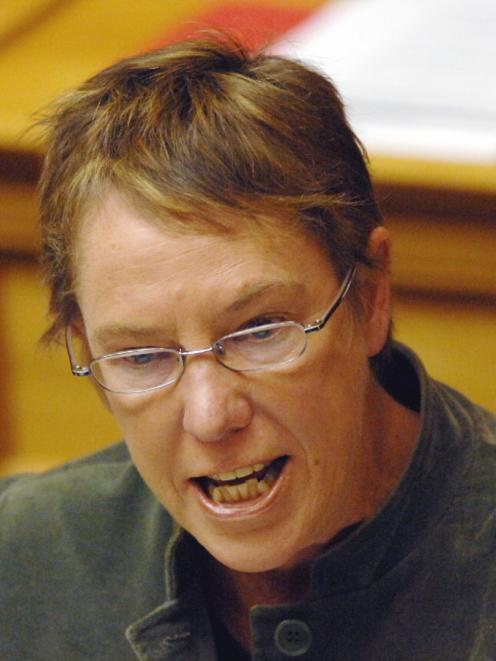 Ruth Dyson. Photo by NZPA.
The Government has indicated it was taking a cautious approach implementing the Maori Party flagship policy, designed to give a major shake-up to the welfare system.

The taskforce report into the Whanau Ora policy was released yesterday and suggested money currently spent by health, education, justice and social development agencies be delivered to a single agency or person to work with families facing problems.

Acting prime minister Bill English said the Government would announce its formal response to the report in about a month but said it would start in a "relatively small way" and money to fund it would be recycled from other departments.

Mrs Turia said she believed 20 agencies could be running the Whanau Ora approach by this July, though neither minister was willing to say how much money would initially be spent, how many families they might cover, or when positive results might happen.

Ms Dyson said it was hard to see why the report was held back two months as no details had been decided upon, such as how much money would be spent or how the agencies that lost money would cover the losses.

"These agencies are not awash with spare cash they can hand over without noticing," Ms Dyson said.

"While signals point to there being winners and losers resulting from the Whanau Ora policy, we will not know the full extent until the Government delivers the budget in May."

Labour also said there appeared to be conflicting signals about whether the policy was just for Maori or not.

The Maori Party appeared to initially believe it would be for Maori families only and the taskforce report talked solely about Maori families, tradition and agencies that worked with Maori.

Mr English today said while the policy could help Maori "it will be available to all families in need".

Mrs Turia agreed and said many Maori health providers were already providing services to non-Maori and there were many other organisations capable of delivering Whanau Ora style policy.

She also said many families were multi-cultural.

"I think it would be fair to say that 50 percent of Maori people are married to non-Maori and the providers themselves have up to 40 percent of others who use their services. So they are not exclusive services anyway."

Green Party co-leader Metiria Turei said the policy approach could work but it would take significant amounts of new money up front.

ACT leader Rodney Hide said the policy echoed his party's concerns that current spending was fragmented and wasted, and there was a need for co-ordinated support.

The policy will be operational by July 2010 with a governance board working with Te Puni Kokiri and answering directly to Mrs Turia.