NZ women 'most promiscuous in the world' 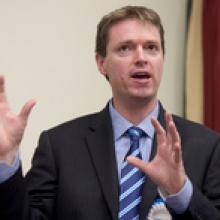 Colin Craig. Photo / Natalie Slade
New Zealand has the "most promiscuous young women in the world'' and the Government should not be providing free contraception for those who choose to sleep around, Conservative Party leader Colin Craig says.

Social Development Minister Paula Bennett announced on Monday free long-term contraception will be offered to women on benefits as part of a $287.5 million Budget package for the Government's welfare reforms.

Colin Craig told Radio New Zealand today he had no problem with people using contraception if they pay for it themselves, but New Zealanders should not have to pick up the bill for another person's lifestyle choice.

"Until we get back to the principles of personal responsibility and paying our own way, we will not stop the encroachment and continuing cost of a welfare state which we simply cannot afford even now,'' Mr Craig told Morning Report.

"Why should, say, a 70-year-old who's had one partner all their life be paying for a young woman to sleep around?

"We are the country with the most promiscuous young women in the world. This does nothing to help us at all.''

Mr Craig said international research showed young Kiwi women are sleeping around and living what he called a "destructive lifestyle''.

"We are faced with a reality that the constant changing of partners is a decision young women are making. It's a destructive decision on a lot of levels. Health is one of those, and it is a big cost to us.''

He said it was often the women left "holding the baby'', and men were being less responsible than women.

Prime Minister John Key said he had seen no evidence to support Mr Craig's view that New Zealand women were more promiscuous than others.

He told reporters in Porirua this morning that providing long-term contraception was a logical thing for the Government to do as part of efforts to "provide support to young vulnerable women, give them a voluntary option, to employ a doctor to give them advice and support in that area''.

Asked if he could work with someone like Mr Craig he said he was not going to critique every statement by someone who wasn't even in Parliament.

"It doesn't mean that we can't work constructively so I'm not in the process of ruling them out, but I just hasten to add we are two and a half years away from an election and I wouldn't worry about it too much.''

Maori co-leader Tariana Turia said it was outrageous for anyone to talk about the promiscuity of New Zealand women.

"We do try to operate on evidence and we don't lie in the bedrooms of other people.''