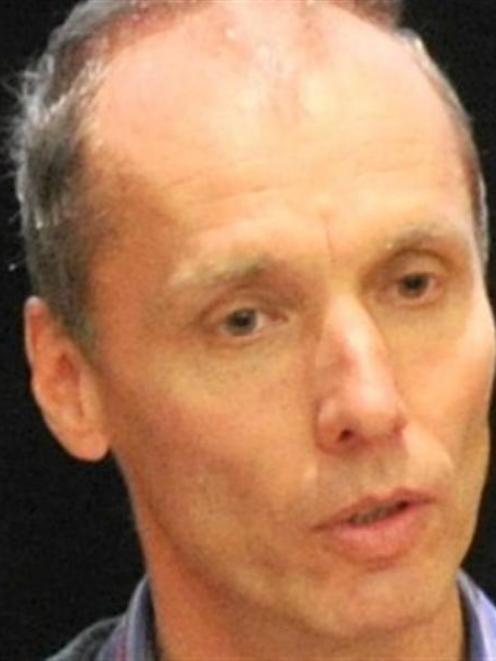 Nicky Hager.
The tirade of insults, invective and scorn directed at Nicky Hager must rank as one of the most sustained efforts by National to destroy an individual's credibility since the party's political witch trials of the Muldoon era.

National threw everything bar the proverbial kitchen sink at the author, researcher and long-time activist in the wake of last Wednesday's publication of his latest book, Dirty Politics.

Mr Hager is uncompromising in his principles and never shies away from a fight - as evidenced by one of his earlier works, Seeds of Distrust, which broadsided Helen Clark in the 2002 election.

This election has seen him move up a gear.

His book exposes a National Party dirty-tricks operations run by the blogger Whale Oil, aka Cameron Slater, working in conjunction with Jason Ede, who was until earlier this year listed as one of John Key's senior advisers in the Prime Minister's Office, but is who is now working fulltime at National Party headquarters in downtown Wellington.

Labour - then the ruling party - saw its poll rating shed a couple of percentage points in 2002, following the Corngate affair prompted by Seeds of Distrust. But Labour's rating had already been trending downwards.

The highly political nature of the latest book's subject matter and the provocative timing of its launch meant Mr Hager would get one shot - and one shot only - at getting some of the book's content in front of the media before National started running serious interference.

He did not make copies available to journalists until half-an-hour before that evening's television news bulletins went to air. The tactic worked.

National was stunned. What National got was The Hollow Men (Revisited).

What John Key got was Nightmare in Epsom transformed into a political horror movie potentially exponentially worse than 2011's Teapot Tapes Saga.

That episode haunted Mr Key for months after the last election.

Mr Hager's book will be having the same debilitating impact.

But that is all National's fault.

For years, the party hierarchy have turned a blind eye to an overenthusiastic band of little helpers whose activities were questionable to say the least, but which were more than tolerated because of their track record of making life miserable for some of National's opponents.

Initially flummoxed by the sheer volume of incriminating material within the book's 166 pages, National struck back on Thursday morning with a sustained barrage of character assassination, thereby confirming the very point the book was making.

Mr Key lambasted the book as being ''typical Hager'' and filled with ''baseless allegations''.

The material had long been in the public domain. Mr Hager was just reheating it.

Mr Key claimed it was no coincidence that the book's launch had followed the burning of an effigy of himself, the ''f *** John Key'' video, the description of Mr Key as ''Shylock'' by a Labour candidate and the widespread vandalising of National's election hoardings.

He argued that the left did not want to debate the real election issues because it could not win the policy argument.

So the left was playing dirty. The public would see right through that little game.

The accusation that Mr Hager found difficult to bat away was one of hypocrisy - that having come into the possession of screeds of emails stolen from Mr Slater, Mr Hager had used them as the basis for his book. He was the one indulging in dirty politics.

Mr Hager countered that any media presented with such juicy material would have done exactly the same as he had.

Mr Hager could also argue he was acting in the public interest and exposing abuse of power.

National's tactic has been to keep the focus on Mr Hager and persuade people he had hidden motives for writing the book - rather than being drawn into arguments about its damning contents.

Mr Key's damage-control operation was designed to both defuse and confuse.

However, the Prime Minister looked and sounded distinctly uncomfortable when questioned by reporters on Thursday afternoon.

He conceded nothing and repeatedly answered questions by saying the book's allegations had ''nothing to do with National''.

When it was pointed out to him that National was clearly implicated, he made excuses, saying he had not been briefed on the detail.

If Mr Key's answers sounded glib there was good reason.

The vilification of Mr Hager by Mr Key and Steven Joyce, National's election campaign supremo and the one designated to front for National when there is trouble, is a charade.

Their dilemma is that they have to rubbish the book as being wrong on every score when they know much if not all of it, is accurate, simply because the contents come straight out of the mouths of Mr Slater, Mr Ede and other National Party figures and associates.

Mr Key's and Mr Joyce's deny-everything stances are not tenable for long.

Mr Hager has the emails. It is of major significance that Mr Key has not questioned their authenticity.

To do so would risk Mr Hager releasing them and proving Mr Key wrong.

It would keep the story alive when Mr Key and Mr Joyce are saying and doing the minimum in the hope of denying it oxygen.

The last thing they want is for it to still be making waves next weekend when Mr Key officially launches National's campaign.

Mr Key, meanwhile, is placing himself at considerable risk.

It only requires someone connected with one of the incidents in the book to dispute and disprove the Prime Minister's assertion that it all has ''nothing to do with National'' for Mr Key to be in serious trouble credibility-wise.

Were the book's content being drip-fed day-after-day, momentum might have built among the voting public for a major inquiry or some heads to roll.

As things currently stand, they are in the balance.

But Mr Ede might yet have take one for the team and resign, as evidence that National has cleaned out its Augean stables.