Winston Peters is confident the 'tea tapes' will be released, unveiling derogatory comments made by Prime Minister John Key.

Mr Peters told Radio New Zealand this morning he was privy to the conversation recorded by freelance cameraman Bradley Ambrose between Mr Key and Act candidate John Banks during a symbolic cup of tea in a cafe last week.

The recording was given to the Herald on Sunday, who were refused permission by the National Party to print a transcript of the recording.

Mr Key has since called the contents of the tape "bland'' and has refused to release the tapes on principal, citing the covert recording as `News of the World tactics'.

Mr Peters said while he knew what was said between the pair, he refused to detail the comments made _ but said the contents of the tape would leave many people reeling.

He said the tapes recorded Mr Key making derogatory remarks about a handful of groups and people, including the leader of the Act Party Don Brash.

"The elderly people of this country will be pretty brassed off. But the real issue is that he'd dumped on Mr Brash in a big way, he's dumped on the deal,'' he told Radio New Zealand.

Mr Peters said the tapes should and would be released to New Zealanders.

"There's no way the matter will be closed down now ... Why not just let it go in the public interest?''

"There's a public interest test, and I think it passes that test as capable of being published so I do not think it's illegal.''

Labour party leader Phil Goff has called the incident a `farce' and a media stunt where photographers and journalists had their faces pressed up against the glass.

Mr Goff said he hadn't heard the tape, and didn't know what was on it.

He said this was not the major issue facing New Zealand at the moment, and the public needed to shift their focus to issues such as the sale of public assets. 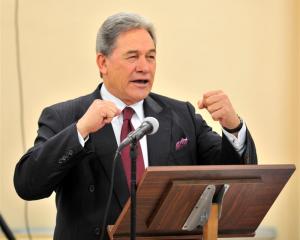 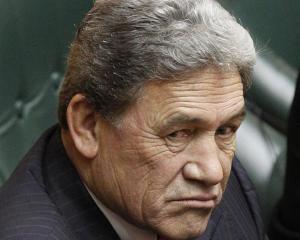 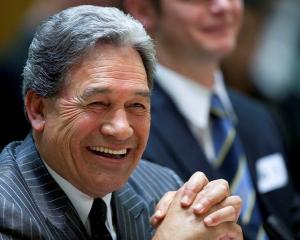 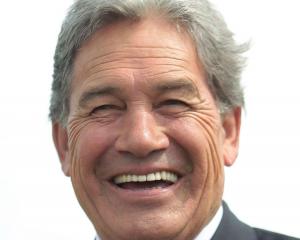