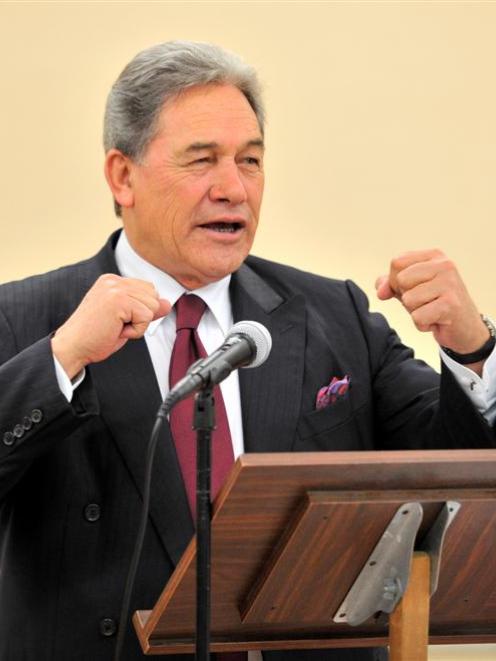 ''When are you going to start the revolt?'' he asked the more than 50 people who attended the speech, at Age Concern Otago.

He blamed free market economics adhered to by ''dumb people in Wellington'' for job cuts at numerous Government-owned entities in the South.

Dunedin was at the centre of an export province whose wealth was effectively ''relocated''.

Regional New Zealand had been abandoned - the focus was Auckland, which only had a third of the country's population.

''This is more than just a university town. Dunedin should still be considered a major economic hub.

''If National is able to give a $30 million subsidy to the big multinational Rio Tinto [for Tiwai Point], how about an enduring, lasting, hand-up for local industry here?'' he asked.

''Don't forget that your tax is also paying for the multibillion-dollar upgrade of Auckland's transport infrastructure and roads of national significance, not one metre of which will be built for you, even though you're going to be paying for it.

''The tragic list of closures or relocations from the Otago region in recent times is ample evidence of how central Government simply does not care for this part of the country.''