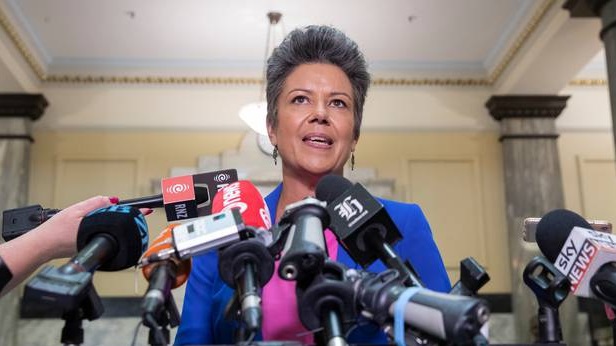 But police are refusing to confirm whether they are investigating.

"Police will not confirm or discuss any matters which may have been raised with us as a result of the review process, given our obligations to individuals who may wish to contact us," a police spokesperson said in a statement.

"We can say however that lines of communication are open for anyone directly affected who wishes to discuss any matter with police."

Bennett told the AM Show that she believed the police were now involved, but did not elaborate.

The staffer was stood down yesterday after a woman came forward and laid a formal complaint with Parliamentary Service, which provides assistance to MPs and deals with its staff.

It followed Tuesday's release of the Francis review into bullying and harassment in the parliamentary workplace, and comments from the Speaker Trevor Mallard the following day that he believed there was a rapist working on the parliamentary premises.

Bennett called for police to be involved yesterday after the seriousness of Mallard's comments, but survivors' advocates - including Louise Nicholas - said that should be up to the victims.

"If those women feel that they need to take it further with police that is their absolute right, but they cannot be forced to do it," Nicholas said.

"It's a killer, but the safety of the survivor is paramount and their wellbeing is paramount."

An online survey for the Francis review found 50 incidents of unwanted touching, 54 of unwanted sexual advances and 14 of sexual assault.

Interviews with reviewer Debbie Francis revealed 24 incidents each of unwanted touching and unwanted sexual advances, and five of sexual assault.

Francis described three of the five sexual assault incidents as "extremely serious", and these are believed to be the source of complaints about the staffer who has been stood down.

The material provided to the review was strictly confidential, but Francis said she gave several people the details of sexual assault support providers and police investigators.

Parliamentary Service said the allegation of historical assault had been looked at previously, but after a direct approach from the complainant yesterday, the investigation was reopened.

The original investigation was not into allegations of rape.

"Because this is an ongoing employment related investigation, no further comment or interviews will be possible at this time," Parliamentary Service said in a statement.