Sharples' gang meeting not an issue for PM 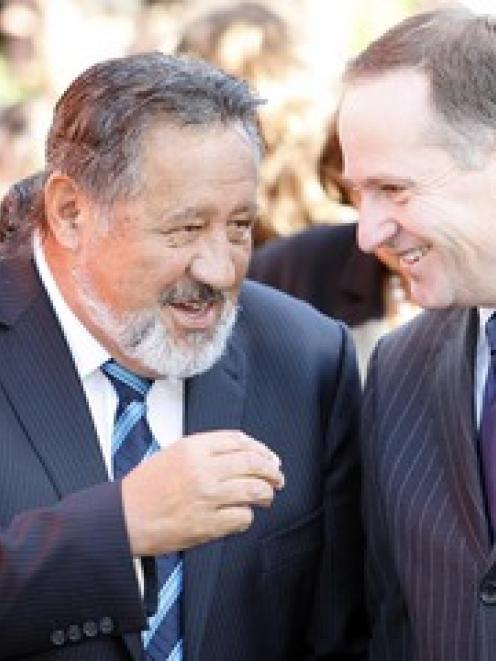 Mr Key was not told about the meeting at Te Puni Kokiri's Auckland office, which Dr Sharples called in March to talk to 16 Black Power and Mongrel Mob leaders.

At the meeting Dr Sharples thanked the leaders, including a drug kingpin with convictions for manufacturing P, for decreasing gang violence, The Sunday Star-Times reported yesterday.

"I want to acknowledge that. Parliament sure hasn't. They say 'I'm not talking to a gang member'.

"Why are we fighting whakapapa against whakapapa? There's so much enemy that isn't brown."

Mr Key said the meeting was held as a precursor to the Drivers of Crime hui at Parliament.

"I am comfortable with that," Mr Key told NewstalkZB this morning.

He was also unconcerned about not being told about the meeting.

"I wouldn't criticise (Dr Sharples) for that, there are literally hundreds of meetings that take place between ministers and groups and individuals in any one given week."

Labour MP Clayton Cosgrove said the meeting was astounding and flew in the face of the Government's recently announced initiatives to combat methamphetamine use.

"I am absolutely astounded that Pita Sharples thinks it is okay to assemble 16 gang leaders, many or all of whom have no doubt been involved in some way in the P trade, and to ferry them around Auckland at taxpayer expense.

The Government was committed to tackling the problem of gangs and drugs and recently announced a raft of initiatives, Mr Key said. He did not think the meeting undermined that.

"They won't be the first bunch of gang leaders that have engaged with ministers of all sorts of governments in the past and potentially in the future...

"We're not giving them credibility we're are engaging with them."

Dr Sharples yesterday said he talked to the gang leaders about his concerns over violence and crime and they talked to him about dealings with government agencies.