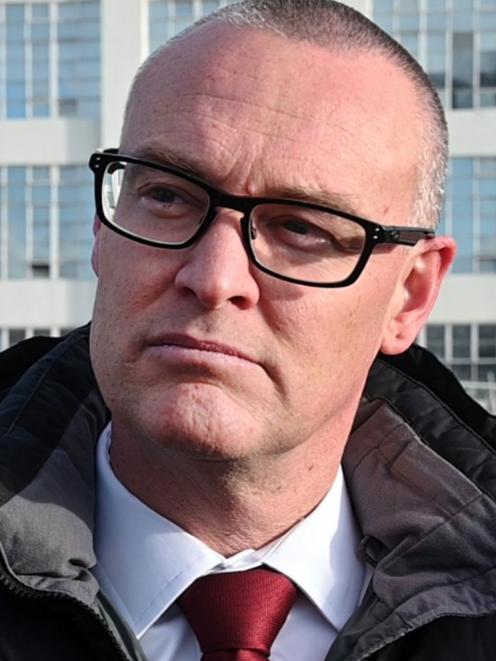 David Clark. PHOTO: CRAIG BAXTER
It says a lot about the perception of the standard of political debate that it comes as something of a surprise when political opponents respectfully disagree about something ... let alone when they actually agree.

While Parliament can, and sometimes should, be a bear pit, our politicians are not always baiting each other; much legislation is passed unanimously, and opposing MPs often work closely and well together in select committees to ensure proper scrutiny of legislation and taxpayer-funded organisations.

However, Dunedin North rivals Michael Woodhouse and David Clark have taken collegiality to a new level, with Dr Clark adding his shoulder to an amendment proposed by Mr Woodhouse to the End Of Life Choice Bill.

Wednesday's debate fell at an inconvenient time for Mr Woodhouse, who this week has been in Fiji representing the New Zealand Parliament at the fifth Asia-Pacific Parliamentarian Forum on Global Health - a Pacific-wide gathering to discuss the health impacts of climate change.

Unlike some of the dozens of amendments put forward by opponents of the controversial Bill to delay its passage through Parliament, this one was measured and reasonable.

As Mr Woodhouse pointed out, many facilities which offer critical or palliative care are opposed to the assisted dying legislation, either on a philosophical or a faith basis.

If individual doctors and nurses can have an opt-out provision, why not the places which employ them?

Dr Clark evidently asked himself the same question, and decided to put it to a wider audience on Wednesday.

Labour MPs have been given a conscience vote on the Bill, and Dr Clark has already stated his personal objections to the Bill at second reading.

In that speech he set out that he was not a bitter-ender in his disapproval of the legislation: "I do oppose the Bill, but I do not think the world will end if it passes either."

That might reasonably have been expected to be all Dr Clark would say on the subject - especially as being minister of health places him in a potentially awkward intermediate position between polar opposite views on the subject.

However, Dr Clark opted to speak on his rival's behalf to support an amendment which up until that point had received scant attention.

"Mr Woodhouse and I run in the same seat in Dunedin, and there are often things we disagree on," Dr Clark said.

"This is one of those occasions where I agree with Mr Woodhouse and the SOP that he has put forward; I want to acknowledge the thoughtfulness of the SOP and encourage members from both sides of the debate to consider its merits." 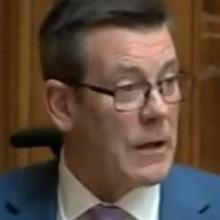 Michael Woodhouse. PHOTO: PARLIAMENT TV
Dr Clark went on to endorse the SOP, which he said was "not trying to scream from the hilltops" but rather was trying to create "a compassionate carve-out for those who would think differently on the issue".

Mr Seymour responded at some length to Dr Clark's - and by extension Mr Woodhouse's - concerns, and said the Bill placed no obligations on institutions, so there was no need to create an exemption for them.

The same question had been raised when legislatures in Canada and Australia debated the issue and none had accepted the proposition, he said.

Nor did Mr Seymour want to follow the example of Quebec, which allowed an opt-out provision but also required that public institutions would have to offer assisted dying - an obligation he felt was too onerous.

"I really hope that that allays some of the concerns that Dr Clark raised, because he does deserve an answer there. I hope I've given him a good one," Mr Seymour said.

The amendment was lost 68-52, but the debate is far from over. Who knows, the two MPs may yet find more things to agree about.

Flying close to the sun

Clutha-Southland MP Hamish Walker should have had a moment of triumph this week, after steering a member's Bill through its third reading.

However, it came at a cost, with him being on the receiving end of a tongue-lashing in the House from Minister for Children Tracey Martin.

Things got worse when Mr Walker stopped Ms Martin with a point of order as she was building up to a full head of steam, with assistant speaker Adrian Rurawhe being far from impressed with the pause.

"My ruling is it is poor form to interrupt a member who has a right to speak in this House," Mr Rurawhe said.

"If the member has a point of order please do make it, of course, but to interrupt a member, and I'm thinking deliberately, is out of order."

Waitaki MP Jacqui Dean received an apology from Immigration Minister Ian Lees-Galloway this week, after an "administrative error" resulted in Mrs Dean having to wait three months for a response to a letter she sent to him.

Ironically, the letter was about local employers facing delays of up to 120 days for staff work visas to be processed ... which is roughly how long it took for Mrs Dean's letter to be turned around.