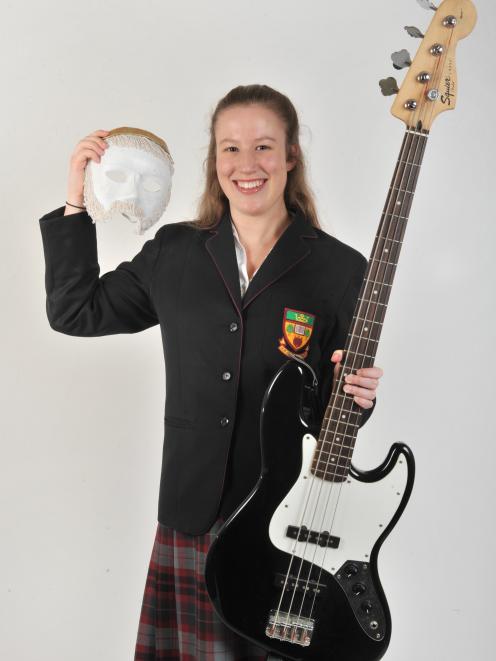 ''I think it'd be great to have a career that involves performing for people.''

For some people, the stage is a frightening place, but for the 17-year-old Logan Park High School head girl, it's just like home.

She started acting when she was 6 years old at the Playhouse Theatre in Dunedin.

''I still remember my first play. I was a fairy in Sleeping Beauty and I only had two lines, but for me, it was a big deal.''

More recently, she has had major roles in the school's winning performances at the regional Sheilah Winn Shakespeare Festival and Theatresports competitions.

The unit uses actors in role-plays for clinical examinations.

Her acting skill has seen her co-direct a school Shakespeare festival entry and sit on the judging panel for the drama component of the Dunedin Fringe Festival in 2017 and 2018.

As well as acting, Alice loves to play bass guitar on stage and has been in ensembles that have won awards at the 2019 Robbie Rocks competition, the Dunedin Youth Jazz Festival where she won the outstanding bassist award (2019), the Otago Chamber Music contest and the Marlborough4Fun jazz band competition.

''Acting and giving speeches kind of go together. It's like performing for people.''

Off stage, Alice is a great leader and a promising diplomat - skills that she plans to develop at the University of Otago next year.

She plans to study French, English, drama and politics, in the hope of forging a career in foreign affairs or diplomacy.

Role model: My theatre family at the Playhouse.

Hopes for the future: To study French, English, drama and politics at the University of Otago. 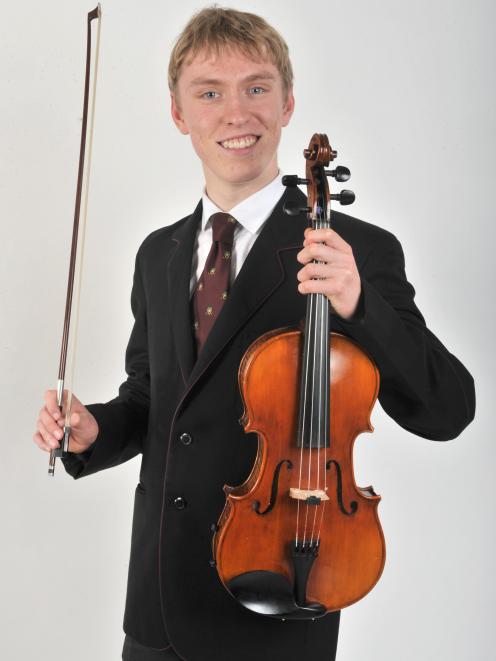 Cameron Monteath (18) says the secret to success is imitating the masters.

''Imitation may be the best form of flattery, but it's also one of the best ways to learn to do something.

The Logan Park High School music prefect says he first started playing piano in primary school after seeing one of his teachers playing.

''I started out by copying her. I'd see where the keys were and remember which ones to press.''

After she noticed him tinkling the ivories during school breaks, he was encouraged to take lessons.

Since then, he says music has taken over his life.

So much so, he has won numerous piano performance prizes, achieved grade 8 piano, a St Cecilia Associate Diploma with honours in theory and a Royal School of Music distinction in grade 8 theory.

He is also the assistant principal viola for the Dunedin Youth Orchestra and the New Zealand Secondary Schools Symphony Orchestra.

While he loves piano and viola, his real passion lies in composition.

He says his first composition was a piano piece, written when he was 9.

''I remember it because I wrote it down - very badly. It was only about 16 bars long. It wasn't very good.''

From his humble beginnings, Cameron has gone on to win many composition awards, including the New Zealand Chamber Music senior highly commended composition award, and has had many of his works performed by local ensembles.

He is already studying 100-level composition at the University of

Otago this year, and plans to continue composition as part of a music degree, alongside a French degree next year.

Once finished at Otago, he plans to continue his composition studies overseas, but if a career in music doesn't work out, he hopes to use his French for work in foreign affairs or translation.

Hopes for the future: To study music and French at the University of Otago.