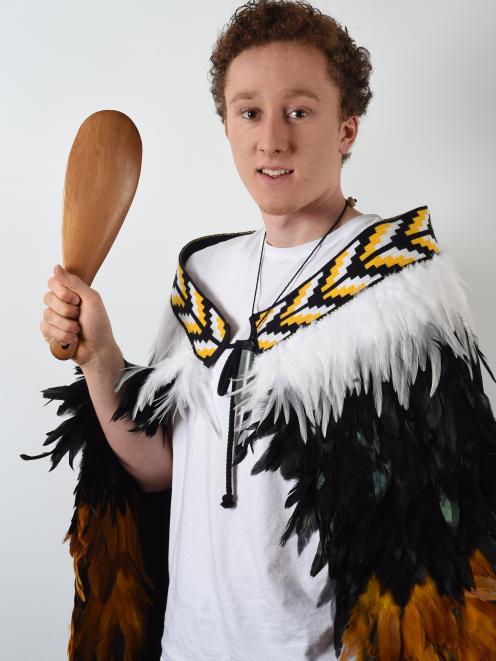 The 17-year-old Mt Aspiring College pupil is part Maori and has a strong desire to speak the language fluently - something he believes will help open doors for him in future.

''My Maori culture is really important to me.

''I love to speak to other speakers whenever I find them and I love to make sure others can hear us speaking.''

The 1.85m basketball-playing musician never misses a chance to further his ability in languages.

''I've been studying Maori properly at school for about three years, and I've picked up a little Brazilian Portuguese, and Mandarin.

''I'd love to be able to speak heaps of languages when I'm older.''

Flynn was born in Dunedin and spent his early years in Queenstown before his family moved to Hawea Flat, where Flynn attended primary school and began Maori language classes.

When he was 10, the family went on ''a bit of an adventure'' to Perth for two years while his father David worked on oil rigs.

Flynn was well accepted by his classmates at Craigie Heights Primary School, in Joondalup, who particularly enjoyed his New Zealand accent.

''Coming from New Zealand, we had grown up quite a bit different, such as sport-wise.''

He played football and Australian Rules, and continued his interest in basketball.

He plays guitar and has been drummer in the college jazz band and two rock bands - Theory and Liquid Breakfast - which have done well in the Smokefreerockquest.

Flynn works part-time at the Big Fig restaurant, where he is able to practise his language skills.

He expects this will help him as he begins an international business course at the University of Otago next year.

''This will help me on to the track of foreign diplomacy and foreign relations.''

Role model: Dad. ‘‘I’ve always looked up to him, often without even realising.’’

Hopes for the future: To study business at the University of Otago and travel the world. 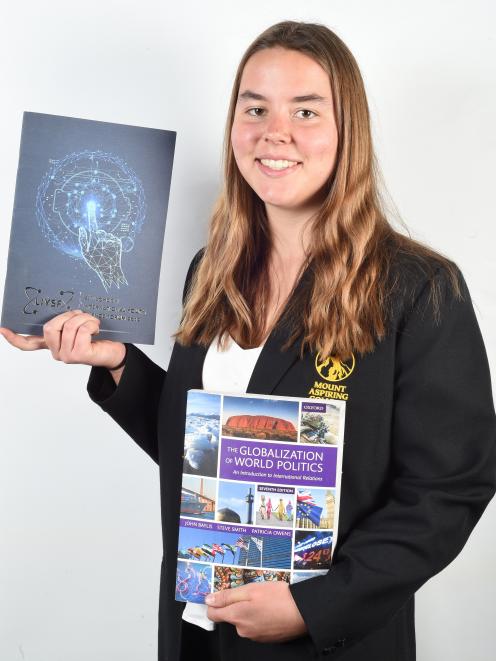 Scholar is the word that would probably best define Jaime Toepfer.

The 18-year-old Mt Aspiring College pupil has a wide range of interests, but reading and learning about new things are what she has always enjoyed the most.

Jaime said she reads both fiction and non-fiction, ranging across subjects as diverse as politics, history and physics, and in the holidays she would read a book every two days.

In July and August, Jaime spent two and a-half weeks at the London International Youth Science Forum attending lectures on science and different cultures, and visiting universities and institutes around the United Kingdom.

Although Jaime has described herself as ''quite academic'', she said moving to Wanaka from Auckland when she was 10 gave her the opportunity to get involved in outdoor activities such as skiing, mountain biking and tramping.

She sailed on the Spirit of Adventure in 2016, completed a 21-day Outward Bound course in 2018, and is working towards achieving her gold Duke of Edinburgh Hillary Award.

As she also has Dutch citizenship, Jaime is considering studying for a liberal arts degree in the Netherlands next year, with a view to eventually having a career working in an embassy, the United Nations, ''or somewhere I am helping others and making a difference''.

Jaime credits her success to having a supportive family, her ''amazing'' friends with shared interests, and the teachers who encouraged her to further explore her passions beyond what she was being taught in the classroom.

Hopes for the future: To work for an embassy or the United Nations.