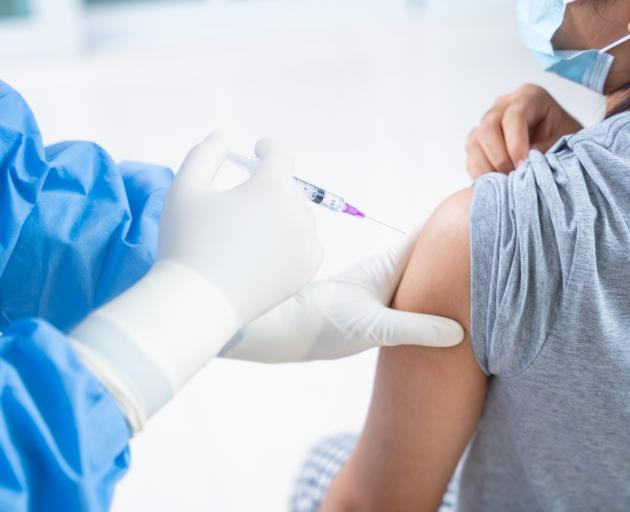 After initial delays with its general Covid inoculation programme, Australia has swiftly become one of the world's most vaccinated countries. Photo: Getty Images
Australia's medicine regulator has provisionally approved the Pfizer Covid-19 vaccine for children between the ages of 5 and 11, with the health minister saying the rollout could begin from January 10.

"They (the Therapeutics Goods Administration) have made a careful, thorough assessment, determined that it is safe and effective and that it is in the interests of children and Australians for children 5 to 11 to be vaccinated,"  health minister Greg Hunt said on Sunday.

After initial delays with its general Covid inoculation programme, Australia has swiftly become one of the world's most vaccinated countries, with health data showing that nearly 88% of Australians over the age of 16 have now received two doses.

While nationwide vaccinations are voluntary, states and territories have mandated shots for many occupations, and some require full vaccination to access most hospitality services and non-essential retail.

Anti-vaccination supporters number in single digits in Australia, according to opinion polls, although they have been holding consistent weekly rallies against the healthcare measure in Melbourne and other cities.

Australia's overall childhood immunisation coverage is also one of the highest in the world, with 95% of 5-year-olds inoculated with vaccines recommended for their age, health data showed.

The Pfizer vaccine for those children still needs the approval of the Australian Technical Advisory Group on Immunisation (ATAGI). Once approved, it will be available to about 2.3 million children in the 5-to-11 age group.

Despite battling many outbreaks this year, leading to months of lockdown in Sydney and Melbourne - Australia's largest cities - the country has had only about 834 confirmed COVID-19 cases and 7.9 deaths per 100,000 people, according to the World Health Organisation, a fraction of the toll in many other developed nations.