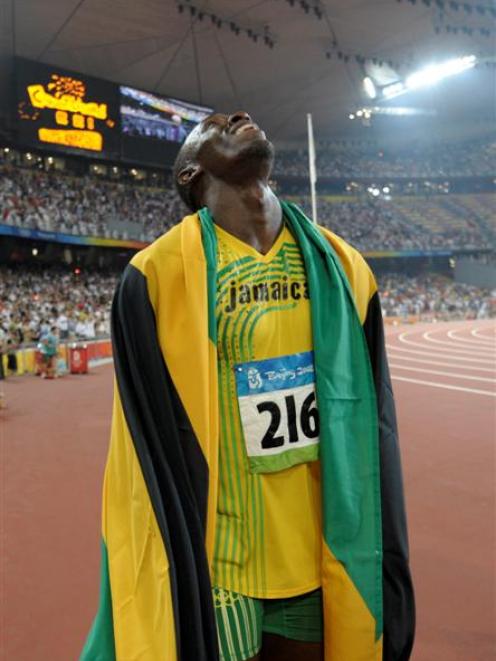 Nugget-fan Usain Bolt celebrates winning the gold and setting a new world record in the men's 200m. (AP Photo/Thomas Kienzle)
Usain Bolt had a double gold sewn up coming into this morning's 200m final, so he made the Olympics even more magical by conjuring up a world record to emulate the record he set in the 100.

So what has fuelled his record-breaking campaign, which has seen him become the first man to break both the 100m and 200m world records at an Olympics?

After the revelations of the diet habits of eight-gold swimmer Michael Phelps, who consumes a perfectly balanced diet of 12,000 calories a day, you might expect a scientific approach for the world's fastest human.

But not a bit of it for the reggae-loving Bolt, who has become the clown prince of Beijing.

Giving hope to couch potatoes everywhere, he survives on a race-day diet of chicken nuggets.

His pre-competition routine: "Woke up at 11. Had some lunch - some nuggets," he shrugged.

"Watched some more TV. Went to my room, slept for three hours. Went back, got some more nuggets, then came to the track."

So much for science.