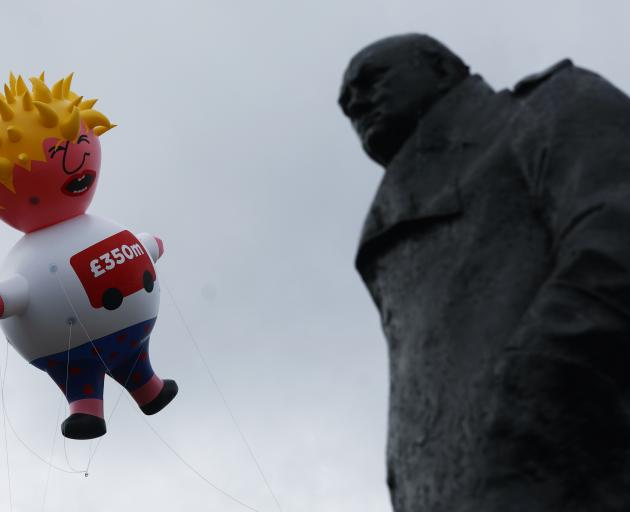 A giant inflatable blimp depicting Boris Johnson is flown near a statue of former British Prime Minister Winston Churchill. Photo: Reuters
Opponents of Britain's exit from the EU hoisted a "Boris blimp" portraying the United Kingdom's likely next prime minister as a crying child as they demonstrated outside parliament on Saturday.

Boris Johnson, a former London mayor, has been one of the figureheads of the movement to take Britain out of the EU and has pledged to complete the schism by the end of October.

Inspired by the orange blimp of a baby Donald Trump that mocked the U.S. President during his visit to London last month, the balloon featured Johnson in a t-shirt emblazoned with a red bus and the figure £350 million ($NZ647 million), referring to his promise of clawing back cash from Brussels to spend on Britain's state health service instead. 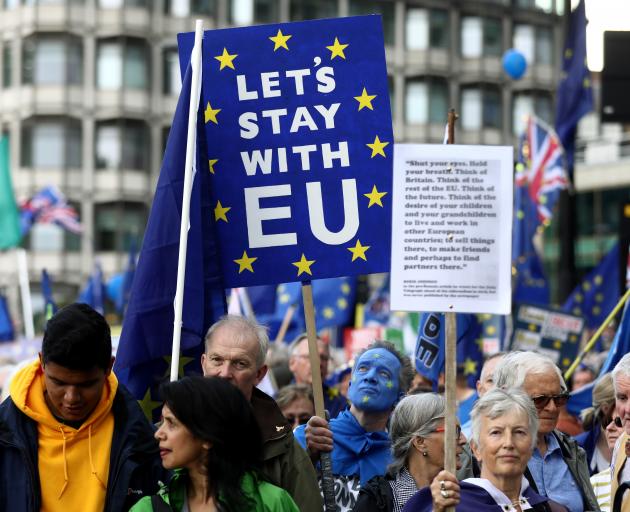 Anti-Brexit protesters in London on Saturday. Photo: Reuters
Prime Minister Theresa May announced her resignation two months ago after failing to win parliamentary approval for the exit deal she had negotiated with Brussels and her successor will be announced next week.

Johnson, who is widely expected to replace her, has pledged to leave the EU with or without a transition deal on October 31.

Brexit without a divorce deal would abruptly wrench the world's fifth largest economy away from the bloc.

The only crying children I can see are that lot that hoisted a "Boris blimp", very childish.