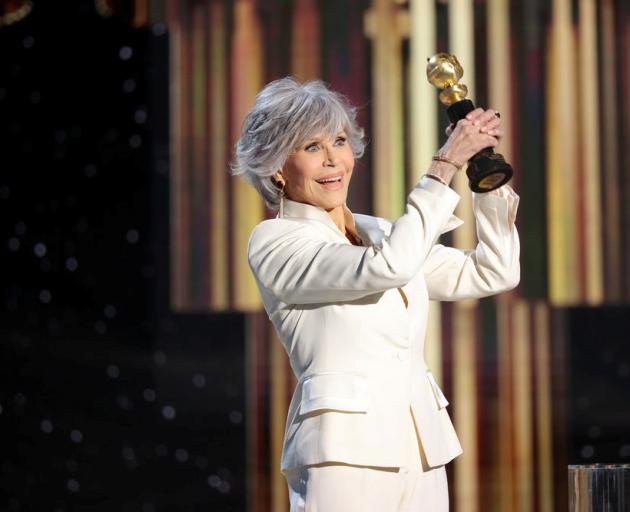 "The Crown" was named best TV drama, one of four awards in total, including best actress for Emma Corrin, who played the young Diana struggling to adapt to life in the royal family.

"Most of all, thank you so much to Diana," a surprised Corrin said as she accepted her award at the largely virtual ceremony via video. "You have taught me compassion and empathy beyond any measure that I could ever imagine."

In total, Netflix topped all distributors with six television honors and four movie awards at the Golden Globes, the annual accolades handed out by the Hollywood Foreign Press Association.

The television competition was heated this year as streaming TV emerged as a main source of entertainment in 2020 when the Covid-19 pandemic forced movie theaters to close and kept many people largely confined to their homes.

The show created by father-and-son team Eugene and Dan Levy tells the story of a once-wealthy family who lose everything and are forced to move to a small town called Schitt's Creek they had bought as a joke. Local residents welcome them and turn out to celebrate a gay wedding in the final episode.

"This acknowledgement is a lovely vote of confidence in the messages 'Schitt's Creek' has come to stand for: the idea that inclusion can bring about growth and love to a community," Dan Levy said as he accepted the comedy award.

Among other TV awards, Jason Sudeikis was named best comedy actor for playing a charming American who coaches an English soccer team in "Ted Lasso" on Apple TV+.

Drama "Nomadland" and satire "Borat Subsequent Moviefilm" won movie honors at the Golden Globes on Sunday in a mostly virtual bicoastal ceremony that was marked by pandemic conditions and calls for more diversity.

"Nomadland," a moving drama about van dwellers in recession-hit America from Searchlight Pictures, also took the best director prize for Chinese-born Chloe Zhao. It made Zhao only the second woman to win at the Globes in that category, and the first woman director of Asian descent to win.

Netflix period drama "Mank," about the screenwriter of "Citizen Kane," had gone into Sunday's show with a leading six nods but ended the night empty-handed.

British actors Daniel Kaluuya and John Boyega, and animated movie "Soul" were among other diverse winners chosen by the Hollywood Foreign Press Association (HFPA), which has been lambasted for having no Black people among its 87 members.

Members of the HFPA appeared on Sunday's show and pledged to do better.

The usual chummy gathering of A-listers at a gala dinner in Beverly Hills was replaced by webcams in the homes of mostly glammed-up celebrities, small physical audiences made up of masked frontline workers, and a skit about self-involved celebrities consulting doctors with their coronavirus concerns. 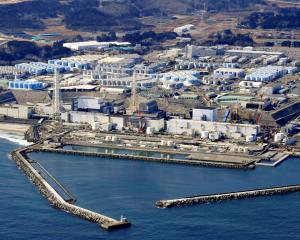 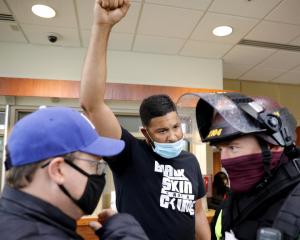 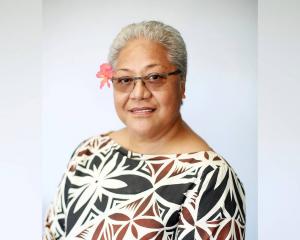 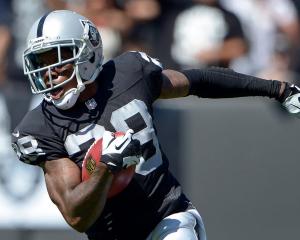