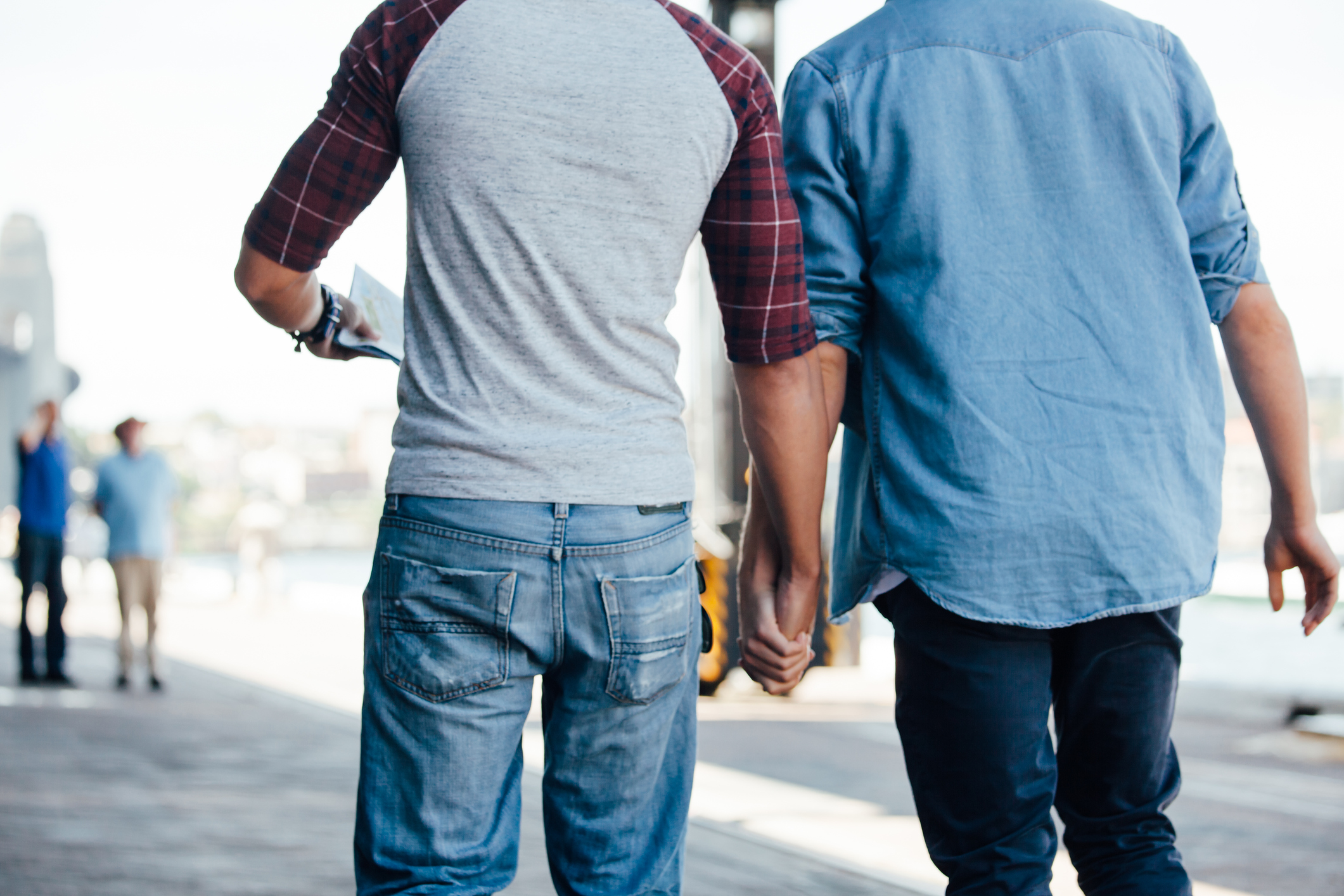 Dutch men around the world started holding hands as a campaign against homophobic violence. Photo: Getty
Fewer countries ban same-sex relations than a decade ago and more lesbian, gay, bisexual and transgender (LGBT) people have legal protection from discrimination, but homophobic violence and abuse is rife, a global rights group said on Monday.

The International Lesbian, Gay, Bisexual, Trans and Intersex Association (ILGA) said same-sex sexual activity was a crime in 72 countries, a drop from 92 in 2006, when the global rights group began documenting laws regarding LGBT people.

Gay marriage is now legal in 23 countries, and 43 states have banned hate crimes, including on the basis of race and sexual orientation, according to the ILGA report.

"Hate crimes (against LGBT people) are being really noticed in the world. So protections for people who ... are hurt on the basis of sexual orientation are increasing," co-author of the report Aengus Carroll told the Thomson Reuters Foundation.

But ILGA said attacks against the LGBT community is still common, most recently in Russia's majority Muslim republic of Chechnya, where over 100 gay men or men suspected of being gay were rounded up and tortured, newspaper Novaya Gazeta reported last month.

"The ongoing case of Chechnya offers us the most recent, horrific example of such abuses," said Renato Sabbadini, ILGA's executive director, in a statement.

"Survivors have expressed fears that the social media accounts of men perceived to be gay or bisexual are being hacked and used to identify and contact others who have not yet been arrested."

Across eight countries, including Iran, Saudi Arabia, Yemen and Sudan, having gay sex could result in the death penalty.

In 2011, the UN rights body declared there should be no discrimination or violence against people based on their sexual orientation.

Carroll said there was no country where LGBT people, including himself, would feel entirely safe from homophobic attacks if they were with their partner.

"There's nowhere in the world at the moment where I would say that LGBT people would feel super safe. Absolutely none," he said.

In April, a married gay couple in the Netherlands were beaten for walking hand-in-hand, which prompted Dutch men around the world to hold hands as a campaign against homophobic violence.

"Is there a possibility that we could stop having these fights? said Carroll.

"I would like to see that happen through legislative change across the planet, but it's not going to be easy. We're going to need to fight for quite a long time."