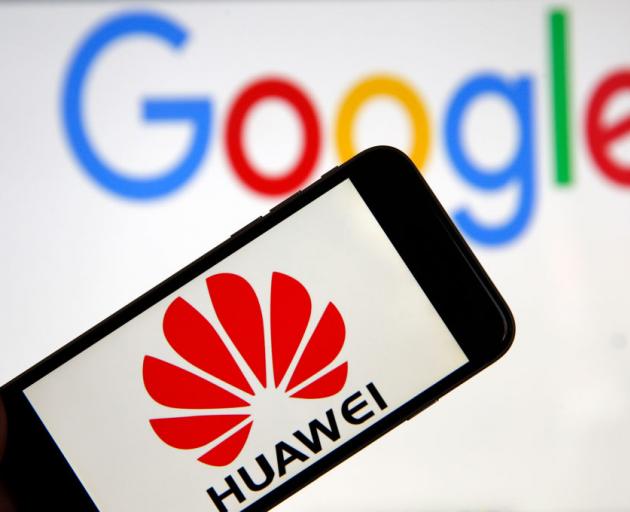 Google has blocked the Chinese phone maker Huawei from access to crucial parts of the Android operating system. Photo: Getty Images
Don't expect the Chinese government to roll over in the fight against the tech giant Trump's banning of Huawei could be the beginning of the biggest trade war ever argues the Guardian's John Naughton

Until recently, the only thing the average citizen could have told you about Huawei, the Chinese tech giant, was that s/he hadn't the faintest idea of how to pronounce it (it's "hwa-wei'' btw, according to Wikipedia). And then, suddenly, this unpronounceable company seemed to be all over the news. Now it's at the centre of a burgeoning geopolitical row. How did that happen?

I blame the Australians, who have a government only marginally less dysfunctional than our own. According to a Reuters report, in early 2018 they asked their top spooks a question:

"With all the offensive cyber tools at their disposal, what harm could they inflict if they had access to equipment installed in the 5G network, the next generation mobile communications technology, of a target nation?''

The spooks came back with a sombre assessment: the offensive potential of 5G was so great, they reported, that if Australia were on the receiving end of such attacks, the country's critical infrastructure could be seriously sabotaged.

The Aussies then reported this alarming conclusion to their Five Eyes intelligence-sharing partners - the US, New Zealand, the UK and Canada. The US seems to have taken the warning seriously; the UK response (as I mentioned a few weeks ago) was more... enigmatic.

But the Americans started leaning on their partners to be more robust about allowing the Chinese company, which is a world leader in 5G technology, into their next-generation mobile networks.

In particular, they threatened to withhold intelligence from any country
that allowed Huawei in.

And on 15 May, Donald Trump raised the stakes further by barring American firms from using kit made by firms that posed "a risk to national security''. On the same day, the US Department of Commerce added Huawei to a list of firms with which American companies cannot do business without official permission.

After the sanctions were announced, Google suspended Huawei's access to Android, which meant that users of the company's splendid P20 and P30 phones would be denied updates as well as Google's proprietary add-ons to Android such as Search, Maps and thePlay Store.

But since these add-ons are banned in China anyway, this didn't look like such a big deal - at least for Huawei customers on its home territory. Then Intel chipped in, saying that it could no longer provide processors for Huawei laptops - again, not such a big deal. Qualcomm, a US manufacturer of the wireless modems used in high-end smartphones announced that it would have to abide by the ban.

Initially, Huawei seemed sanguine about all of this boycotting. It was, it pointed out, a very large firm with deep pockets and lots of engineering and design talent. Besides, it had anticipated the embargo and built up massive stocks of components.

But then the British chip designer ARM set the cat among the pigeons: it announced that it could no longer sell Huawei licences for its smartphone CPUs because some of ARM's subsidiary companies were based in the US and thus subject to the embargo.

This was a brutal blow because ARM-designed processors power 95% of all the mobile devices in the world and designing processor chips from scratch would be a gargantuan undertaking.

Most of the tech companies enmeshed in this affair are innocent victims caught in the crossfire of a bigger fight. There may indeed be valid reasons for excluding Huawei from western 5G networks, though clearly countries differ about the risk.

But attacking Huawei's smartphone and laptop businesses has little or nothing to do with 5G. Some other game is afoot.

What might that be? One possibility is that it's purely about commercial dominance. All of the western world's major tech companies are based in the US. The only companies likely to challenge the likes of Google, Apple, Amazon and Microsoft are based in China.

Left to its own devices, Huawei might eventually grow to a size that makes Google look like a minnow. So better to crush it now before it gets the chance.

One level up from that is the fact that we're back in a bipolar world. From 1946 to 1989, the planet was divided between two superpowers. Then the USSR imploded, leaving the US as the sole hyperpower.

Now China is providing an alternative vision of how society can be organised while lifting countless millions out of poverty. And doing so partly with digital tech that the US regarded as its birthright. There's a new hegemon on the block now and the old one doesn't like it.

However, if the US thinks that the Chinese government will allow one of its star companies to be crushed without retribution, then it's deluded. Last week, President Xi Jinping paid a surprise visit to a rare earth plant.

These exports are critical to the manufacture of (our) processor chips. Coincidence? Personally, I wouldn't bet on it. Nor would anyone in the tech industry. It's game on.