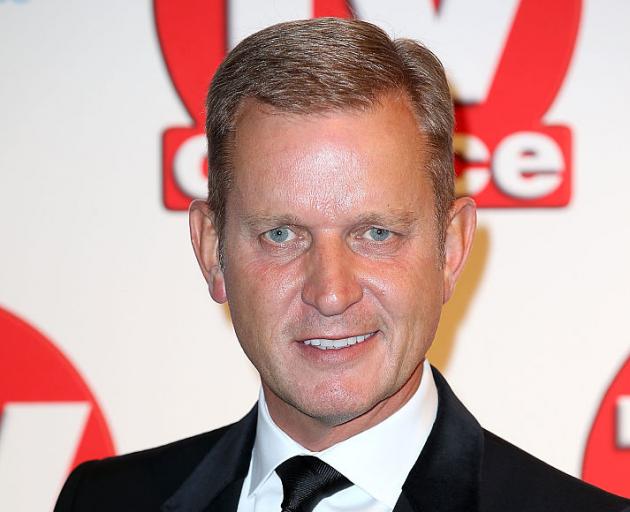 British broadcaster ITV has cancelled The Jeremy Kyle Show, a tabloid talkshow that features confrontations between guests over issues like infidelity, betrayal and addiction, after a participant died following a recording of the programme.

A mainstay of ITV's daytime schedule since 2005, the programme had similarities with America's The Jerry Springer Show, including using security guards to break up brawls between guests.

The death of Steven Dymond, a 63-year-old who had taken a lie detector test a week before his death in an episode that was never broadcast, has raised questions about broadcasters' responsibility towards people who appear on reality TV.

"Given the gravity of recent events we have decided to end production of The Jeremy Kyle Show," ITV Chief Executive Carolyn McCall said on Wednesday.

The show, which is watched by about 1 million people, has been criticised for broadcasting the traumas of its guests.

The Prime Minister's office said Dymond's death was "deeply concerning", and lawmaker Charles Walker said participants in the show were "not really guests, they're victims".

In 2007, a judge compared the programme to bear-baiting when a participant was convicted of assault after a fight during the filming of a show.

ITV, Britain's biggest free-to-air commercial broadcaster, had said it has an extensive support system for participants before, during and after the show, and said the programme had helped many people to resolve complex personal problems.

Dymond's death, and the deaths of two former contestants in ITV's popular dating show Love Island, prompted lawmakers to set up an inquiry into the support offered to participants in reality TV shows, both during and after filming.

"ITV has made the right decision to permanently cancel the Jeremy Kyle Show," said Damian Collins, chair of the Digital, Culture, Media and Sport Committee. "However, that should not be the end of the matter."

He said such programmes risked putting people who might be vulnerable on to a public stage at a point in their lives when they were unable to foresee the consequences, either for themselves or their families.

"This kind of TV featuring members of the public attracts viewing figures in the millions but in return for ratings, the broadcasters must demonstrate their duty of care to the people whose personal lives are being exposed," he said.

Reality television, pioneered by the global success of Big Brother at the turn of the century, has resulted in fame for some participants, but others have been left disillusioned by the experience.

One audience member who watched the recording of The Jeremy Kyle Show featuring Dymond discussing infidelity, said he was distressed after the lie-detector test results were revealed.

"You just saw him collapse to the ground, absolutely just couldn't believe what he'd heard," Babette Lucas-Marriott told the BBC.

"People were laughing at him because of the lies he'd told but he just needed help, and it just – it was horrible to watch, it really was."

McCall said the show had a loyal audience and had been made by a dedicated production team for 14 years, but it was the right time for it to end.

"Everyone at ITV's thoughts and sympathies are with the family and friends of Steve Dymond," she said.

ITV said it would continue to work with host Jeremy Kyle on other projects.